Forgotten Fields from Frostwood Interactive and Dino Digital, a casual and quite relaxing adventure about a struggling writer is out now with Linux support. In Forgotten Fields you assume the role of Sid, as you travel towards your childhood home to say goodbye and try to beat writers block at the same time while working against a deadline.

Once again, it's incredibly impressive to see what a one-person studio can do. Frostwood Interactive was created by Armaan Sandhu back in 2017 for the creation of their previous game Rainswept.

From the press release we were sent:

“It's been a long journey which feels like writing the book itself” says Armaan Sandhu, Director at Frostwood Interactive. “After our overfunded Kickstarter campaign and seeing the outpouring of kindness from not only the backers but also the general public, we can’t wait for people to start Sid’s journey and see where it takes them”.

“We’re extremely proud to be a part of Forgotten Fields’ release” says Amer Ahmad, Founder at Dino Digital. “Seeing a game release that is so relatable and with such meaning, in addition to being set in our own backyard, is a real special moment for all of us at Dino Digital.”

For me it was an interesting casual adventure, more so than expected and it touches on a subject I'm often fighting against myself with inspiration on writing. So it was nice to explore a game that follows that path. It's a sweet game that will only take you a few hours to go through but touches on many subjects like nostalgia, creativity, and appreciating the present. One to keep you thinking for a while.

I did have some issues with it though including the control scheme. Playing with a controller was a bit of a mess whenever you needed to move a cursor around as the sensitivity on it was terribly imprecise and just a nuisance. I ended up flicking between gamepad and mouse for that - a problem that seems to be across all platforms. While thoughtful at the end, it's also painfully slow to start and inconsistent with the dialogue. I'm a quick reader, and at times found myself sat waiting as it doesn't always allow you to just jump to the next part. Sometimes it's instant on a button press, other times the dialogue has a forced wait - which is annoying. 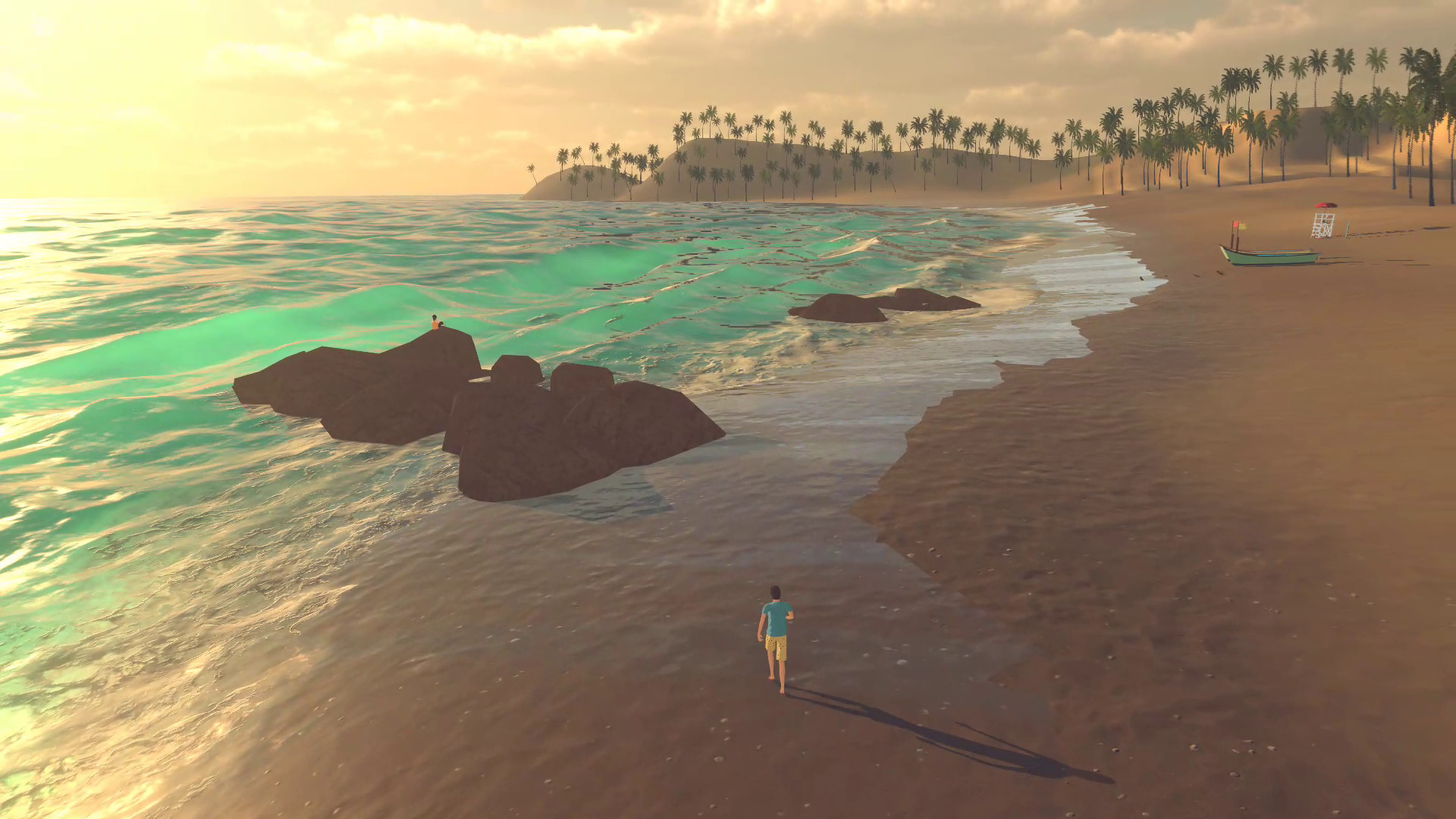 The game offers up an intriguing mixed narrative. On one side you're following Sid through a day in their life, on the other side there's the story. Sometimes a spark will be ignited in Sid's brain, which pushes you into the story world where you play through small sections. That was actually quite a delight to see. Forgotten Fields takes inspiration from the warm coastal locales of Goa, India along with it being somewhat a personal tale for Sandhu who also suffered writers block after their first game.

Some issues noted aside, I would say it's definitely worth sticking out for the ending. How to really describe it? A short, warm and cozy adventure. Something perfect for a Sunday afternoon play-through.

View PC info
I will have to try this one, Rainswept was a nice and well written little point & click game!