Ubuntu 21.04 is out now with Wayland by default and a new dark theme

Continuing the gradual improvements towards the next LTS (Long Term Support) release, Ubuntu 21.04 is officially out now to bring some of the latest enhancements to the popular Linux distribution.

Between each LTS release, Canonical puts out one of these production-ready interim releases every six months with all the latest work. The current LTS is Ubuntu 20.04 supported until April 2025 with the next being Ubuntu 22.04 due April 2022. With the Ubuntu 21.04 release today it will provide at least 9 months of updates. 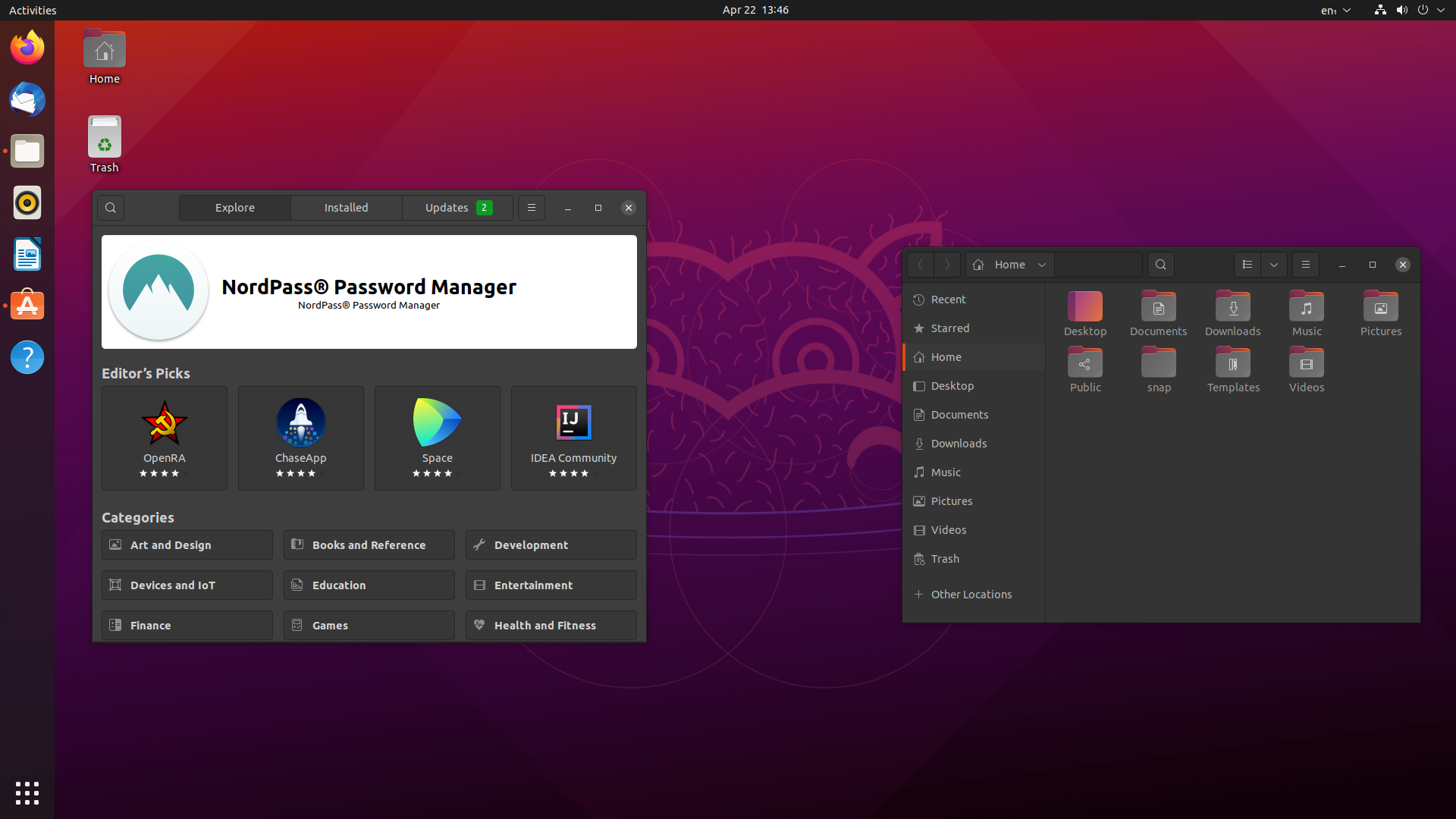 On the desktop the biggest change is probably that it uses Wayland by default which Canonical say is a "significant leap forward in security". Quite a few application have been ported already, while others will be run through XWayland. Although for NVIDIA users, right now you're likely stuck with Xorg until NVIDIA put out their upcoming newer drivers with work merged ready.

In other recent Ubuntu news, Canonical recently announced that the Community Team has been somewhat revived to directly serve the community with these tasks going forwards:

Their initial plans for the group include "scheduling community office hours  (with occasional special guests from the community and other Canonical teams),  supporting regular engagement days (e.g. Testing and Bug Days), collaborating on a community roadmap, and advocating for increased community engagement across Canonical".

Tomorrow, April 23, the Ubuntu Desktop Team will also be doing an AMA (ask me anything) with team members and the community at 3PM UTC. You can join in on the Ubuntu OnAir YouTube.

Eike 22 Apr, 2021
View PC info
I didn't follow closely, but I'm surprised they've made the switch to default to Wayland.
I guess they wouldn't have done the same for an LTS version...?
0 Likes

They've already missed several LTS "deadlines" for Wayland as default. I suppose they really didn't want to miss 22.04, so they had to start now.

Still not really seeing myself going to Wayland though (even when nvidia support is included in the near future). I need flawless support for G-Sync and VR for that to happen.
2 Likes, Who?

Now I just need to convince my org's head of security that I should be able to use Ubuntu instead of Win 10...
5 Likes, Who?

It's not the first time; one of the previous interim releases tested it on a different LTS cycle, but it wasn't ready then. If there's been sufficient work done so that everything works, they'll keep it, otherwise they'll switch back to X again for the next release and try again another time.

Edit: just checked, and it was 17.10 when they tested it before, the release that discontinued Unity.

View PC info
Should be interesting to see how this goes.

Looking forward to updating my ThinkPad laptop to the release rather than the beta, although I've actually had very few problems with the beta. Hopefully, the enterprise partnership will bring more advances with WSL as a side effect.
0 Likes

Quoting: SwitchesShould be interesting to see how this goes.

Looking forward to updating my ThinkPad laptop to the release rather than the beta, although I've actually had very few problems with the beta. Hopefully, the enterprise partnership will bring more advances with WSL as a side effect.

You are already on the release if you installed the beta. Its the same repositories, so just keep on doing normal updates as they come along.
0 Likes

View PC info
If Ubuntu adopt Wayland as default in the next lts, this will be huge for proprietary software to start support too.

I'm personally waiting for Anydesk to support it.
1 Likes, Who?

Quoting: Bladeforce"An enterprise partnership with Microsoft.."
Enough reason to not use it

Sadly, this is what gets it onto corporate desktops instead of something like Redhat Workstation.... better integration with AD is basically the thing that has held it back for a long long time. Got to be able to let CIT log in and do things to your laptop remotely, right???

This release for me is actually more about getting a new release of Pop_OS! As that's the variant I prefer. Though the issue I have with this release is they decided to go against their original plans to always have the latest Gnome (again) and are not installing 40. Oh well.
1 Likes, Who?

Quoting: slaapliedjeThough the issue I have with this release is they decided to go against their original plans to always have the latest Gnome (again) and are not installing 40. Oh well.

I think it's probably because the new gnome release broke a lot of extensions, so it'll take some time to update that.