FMOD Studio 2.02 is out along with native Linux support

Enabling even more developers to work directly from Linux, FMOD Studio 2.02 has been released which includes (amongst other things) native support for Linux. This is actually pretty amazing! Since FMOD has quickly become the go-to audio solution for thousands of games and more use it all the time.

They're not just supporting Ubuntu either, they say it has support for a "wide range of distributions". It's got the major functionality of the Windows and macOS version too with a few caveats including specific formats where Linux has no encoder and no support for "control surfaces". Apart from that, it's all-in. 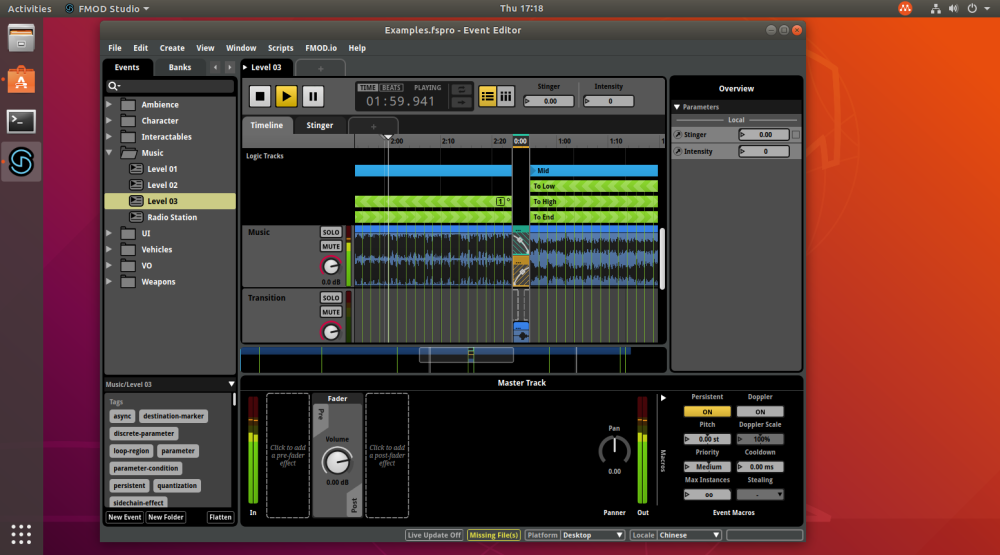 What actually is it though? Well, the developers describe it as an "end-to-end solution for adding sound and music to any game. Build adaptive audio using the FMOD Studio and play it in-game using the FMOD Engine.". It's ready to use directly with the likes of Unity and Unreal Engine, with a full API to integrate it with anything else.

For game developers wanting to use Linux, this could be something of a game-changer.

See the release notes for more and the official site.

View PC info
Well, that is fairly amazing.
Since FMOD didn't really have Linux support (tool-wise), it was always out of the question to work with for me.
But now, that apparently changed.

Will certainly dig in at some point to see what it can do that Godot on its own can't.
3 Likes, Who?

View PC info
This is great news. I worked on FMOD in a game some years ago and while they had Linux API support, FMOD studio was windows only, much to my chagrin. I never thought they'd make a native client.
1 Likes, Who?

elmapul 23 Apr, 2021
View PC info
great.
correct me if i'm wrong but fmod is one of the 2 most used tools for making music for games right?
afaik the other one is wwise
1 Likes, Who?

Quoting: GuestIt's a .deb file. Why not appimage or flatpak?

Because ubuntu and debian derivatives are more popular

Last edited by mrdeathjr on 25 April 2021 at 2:25 am UTC
1 Likes, Who?
While you're here, please consider supporting GamingOnLinux on: