As of yesterday, April 25 it managed a new peak player count of 7,191. For a game that's been in Early Access since 2013, it's actually pretty incredible to finally see it getting some player recognition. It's a great game too, one that has continued to evolve in some pretty huge ways.

While the "stable" build is generally quite behind, they also have a "IWBUMS" (I Will Back Up My Save) Beta on Steam you can opt into at any time, which I imagine most players are on. The upcoming build has masses of new content including new gameplay styles, new character creation, new zombie behaviour, improved combat and gunplay, a new blood system, visibly ripped and damaged clothing, new sound effects, improvements to the levelling system, new visuals for many parts of the game, an improved tutorial - and the list goes on forever. 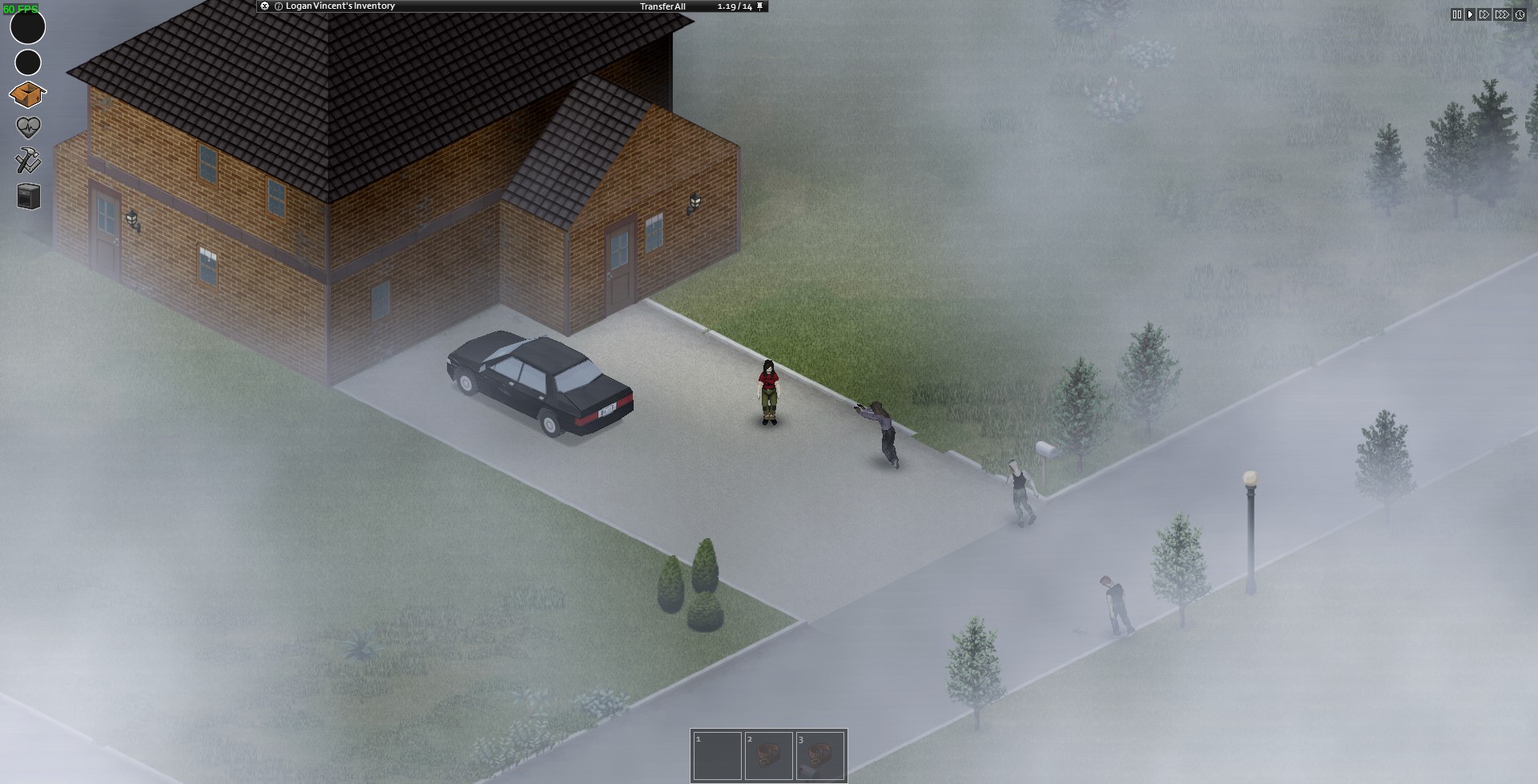 Their current focus on build 41 which is in the IWBUMS Beta is online multiplayer, which is disabled in the current Beta builds as the overhaul is so huge they're working on bringing it back up. Sounds like from their blog posts, it's still a little while away.

Why the sudden surge in players? Once again, it seems Twitch livestreams are helping another game. At a few points during March, tens of thousands were watching people playing it. A similar story to what happened to Among Us, although obviously here the increase isn't as huge. Still, to go from 1-2K players to now regularly hitting over 7K, the developers must be happy with that.

View PC info
Been in early access since before it was called early access. Remember "alpha funding"?
0 Likes

View PC info
I keep going to buy this, then realising that it can't possibly be as immersive as 7 Days to Die. Perhaps when the multiplayer is full ironed out, I might consider it anyway, as I'm sure it's a very different "style" of game, even putting aside the isometric view vs the 3D view.
0 Likes

View PC info
I decided to pick it up a couple of days ago. Haven't really given it a go yet though (other than installing and trying the tutorial). I did watch a bit of youtuber/twitcher Games4Kickz playing it, a few weeks back.

For me, 7 Days To Die is a really fantastic survival game that gives you so much choice over how you do things in the game, and does so with a first-person interface which is a pleasure to use. I don't think Project Zomboid can hope to match it, but it'd be good to spend some time experiencing and playing a decent alternative.

Quoting: scaineI keep going to buy this, then realising that it can't possibly be as immersive as 7 Days to Die. Perhaps when the multiplayer is full ironed out, I might consider it anyway, as I'm sure it's a very different "style" of game, even putting aside the isometric view vs the 3D view.

No you must get it! It doesn't look it but it's incredibly immersive....I highly recommend it, it's clunky and still in beta but has amazing atmosphere.
1 Likes, Who?

Remember when it was called "that thing Minecraft does" :D
1 Likes, Who?

View PC info
I played it for the first time back in 2011, pfff... I remember at that time i said it was "similar to Rogue Survivor if its dev was more active"...

I have trouble finding excitement while playing a zombie survival crafting game, as i always think about Cataclysm DDA and find it better, deeper, funier.

The first tech-demo for Zomboid was great however. It was a house with a sick wife upstairs. I remember i cook, go upstairs has my wife calle me. Soon after, smell burn. Fire ! Good-bye wife, i run outside the house, only to get eaten by zombies.

Another, i cook, stop fire, go up, talk to wife, a man with a gun approachs, i hide, he said he is going to rape her but she is sick so he is going to shot her. I approach, too noisy, man turns, shop, dead.

Another, i cook, go upstairs, take a pillow and use it on the wife. She died, i’m sad, the end.

Fakeman_Pretendname 26 Apr, 2021
View PC info
I think I bought this originally before Steam was on Linux - and at some point I've re-bought it for Steam or maybe activated the key there perhaps, but like others, I played it back with the "Kate and Baldspot" story stuff in there, almost ten years ago. They've added a lot of great stuff to it since, but I feel like I've been waiting for years and years for them to put the NPCs (back?) in, or continue with any sense of narrative to it.

I know a lot of people really go for the multiplayer stuff, but I feel it's a bit of a shame it's still at the expense of finishing the original single-player game. There's been NPC mods of varying success over the years, and I've got some good hours of fun with it, but it's always felt a bit pointless after a while. Despite that I'd say it's definitely worth a play, especially if you like Cataclysm DDA and the like. I'm glad it's still being developed.
0 Likes
While you're here, please consider supporting GamingOnLinux on: