After a long time of waiting with the last proper release in 2018, the Unvanquished team have managed to do it! The next version 0.52 Beta is officially out now and waiting to be played.

What is it? A free and open source first-person shooter with strategy elements, that puts humans vs aliens. It's a fork of the classic Tremulous, think of it like the well-known Natural Selection series with both sides providing very different gameplay overall. 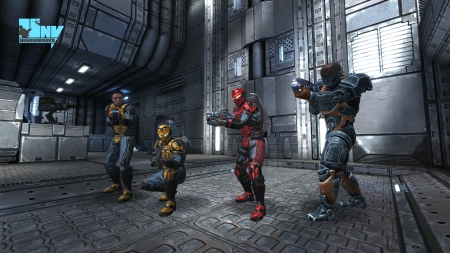 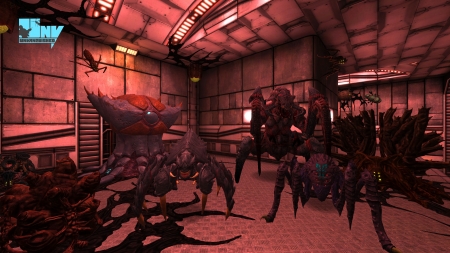 This marks the first Beta release too, as the team explained they "think the engine and the game experience are polished enough to remove the alpha flag and wear the beta one". The game engine used, the Dæmon engine, also saw its own dedicated blog post to explain all the advances over the last two years - as expected there's been a huge amount of changes, including a "single rounding error that was the cause of many bugs" - oops. The amount of work that went into the underlying game engine is simply marvellous, with it being more bug free and advanced than ever.

As for the game itself, the list of what's changed is just as ridiculously long. The new player experience is much improved, there's new presets for different keyboard layouts, the UI now scales with your screen resolution, there's now graphics presets to easily switch between modes, many graphics improvements and the list goes on. It's pretty safe to say that Unvanquished 0.52 Beta is like a different game.

View PC info
Hm... Installed, and then when i go to the directory, open a terminal to launch, i see the launcher a couple seconds and it goes boom.

Quoting: TcheyHm... Installed, and then when i go to the directory, open a terminal to launch, i see the launcher a couple seconds and it goes boom.

Hi Tchey, I reported your issue on the Unvanquished bugtracker which is the best place to get help.

Better continue the discussion about the bug there.

I don't know yet what is happening. For sure, the updater properly load the game once the download is complete, then the game fail. I don't see anything related to a crash in the log, that's surprising.

and... i’m in game menu now.
2 Likes, Who?
While you're here, please consider supporting GamingOnLinux on: