Dig for riches but watch out for nasty creatures on these alien worlds in the unique and quite clever Dome Romantik.

Originally developed for the Ludum Dare 48 Game Jam with Godot Engine, the idea is to dig as far as you can towards the core of the planet. Gather resources and then use them to upgrade your dome to defend against hostile alien life. A fantastic idea overall with some wonderful pixel artwork. 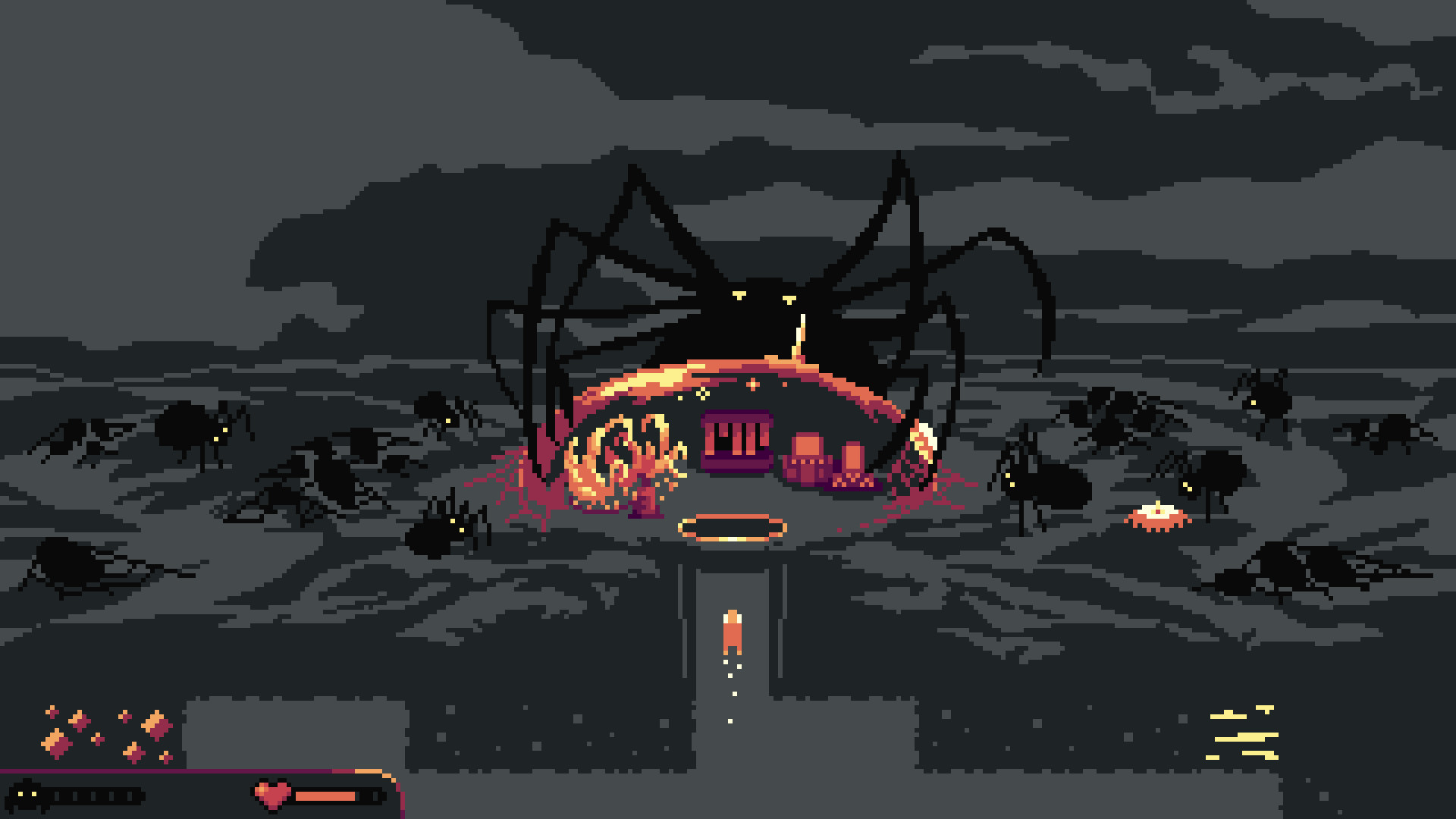 Mixing together a little mining and exploration with base defence, it's an idea that could easily be expanded upon and it will be. Developer Bippinbits, who also made the really wonderful Of Mice and Moggies, has announced their plan to turn it into a much bigger experience now.

"Dome Romantik is a roguelite mining game, where you go on a run to strip multiple planets of their minerals, while the native creatures furiously try to stop you. They come in waves, so you have to carefully consider your mining activities to return just in time to defend you dome. Greed can be deadly, knowledge a godsend. Powerful upgrades will help you stay alive and be productive until you can move on to the next world."

Starting off pretty basic with nothing, the game gradually opens up as you upgrade with more features. The Normal mode is even quite challenging when you get a few minutes into it. It's weirdly enchanting actually and easy to lose track of time with it, giving that feeling of needing just one more run when you eventually fall and I'm genuinely excited to see what an expanded version of this could have.

Play the current version free on itch.io and follow on Steam.

Thank you so much for the article Liam, i really appreciate it! :)
0 Likes
While you're here, please consider supporting GamingOnLinux on: