Epic Games has today released Unreal Engine 5 into Early Access with some huge new features, a new look for the editor and continued support for Linux builds of games. They make it clear that it's noway near production ready but it's still quite exciting as this will end up powering some of the biggest games in the next few years and beyond.

"Today, we’re excited to announce that Early Access to Unreal Engine 5 is now available. While our ultimate goal is for UE5 to empower creators across all industries to deliver stunning real-time content and experiences, this Early Access build is intended for game developers who like to live on the bleeding edge to start testing features and prototyping their next games." - Epic Games 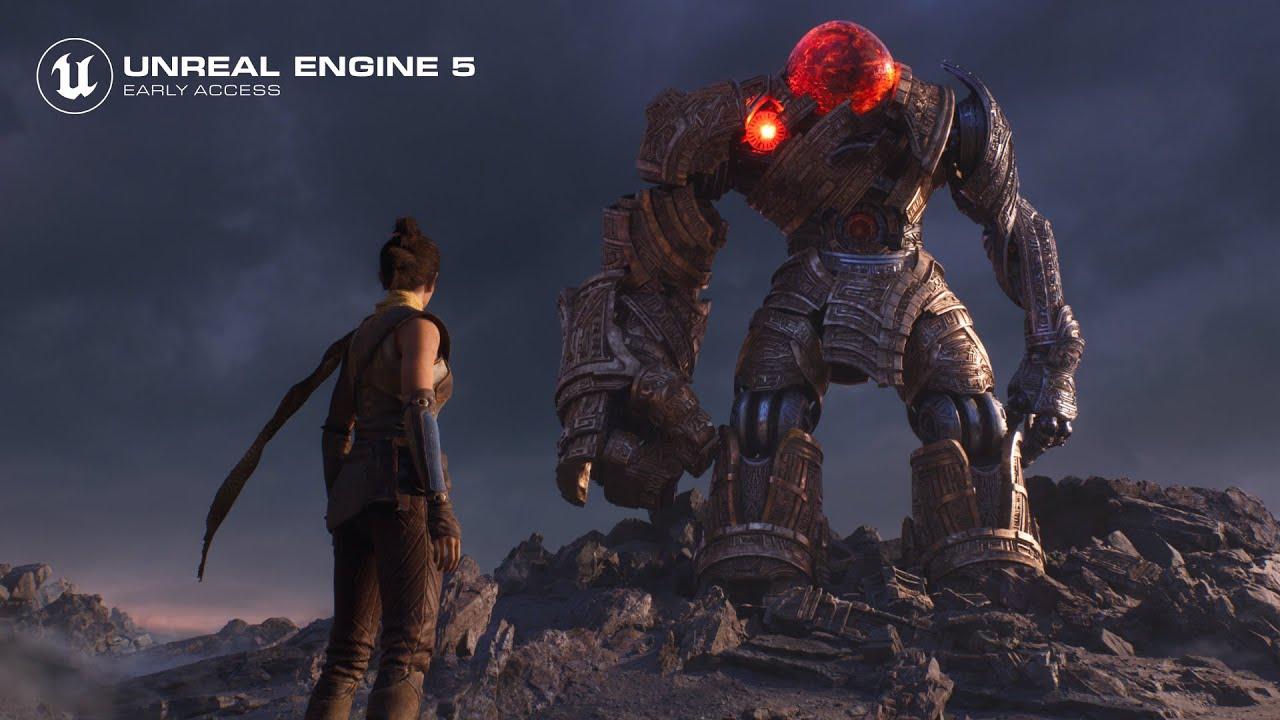 Some of the features do sound absolutely fantastic and it's really exciting to see just how much detail you can throw into it now with Nanite, their new virtualized micropolygon geometry system that they claim allows you to "create games with massive amounts of geometric detail, eliminating time-consuming and tedious work such as baking details to normal maps or manually authoring LODs". Their fully dynamic global illumination solution, Lumen, also sounds pretty amazing as does their new audio tooling with MetaSounds.

For platform support, the biggest news for us of course here is that Epic will continue to support Linux builds of games built from Unreal Engine. In the Unreal Engine 5 release notes they very clearly have the Linux logo which sits in between Stadia and Windows logos. Seems like the same toolchain is build used right now as Unreal Engine 4.26 with "v17 clang-10.0.1-based (CentOS 7)".

See the official announcement for more. They also have a new home page for Unreal Engine 5. The source code is up on GitHub too, although you need to be registered with Epic Games for it and it's not open source as it's using their own proprietary license as before.

View PC info
It's a shame that Epic the company has tainted my view of the Unreal Engine. I used to marvel at the UE used in Gears of War on the Xbox 360 (2005) thinking it was the best engine in the world. Now I see it as a really good engine tied to a less-than-stellar company.


The day Epic Games themselves support Linux via their store and first party games is the day Epic wins back my admiration.
18 Likes, Who?

View PC info
I was playing Maneater last night (built with UE4) via Proton and it seemed to need to load in textures or something so was jerky for the first bit of the game, but seemed to smooth out a bit afterward. Pretty sad with a 5900X and 3080...

Munching on random swimmers is fun though.

It's a shame that Epic doesn't support Linux in their store at all... Or even anything other than 'the engine supports Linux'.
3 Likes, Who?

How is Maneater? That's a game I WAS looking forward to prior to the EGS exclusivity. I know it recently released on Steam so I may grab it.
0 Likes

Photon 26 May, 2021
It's unfortunate looks like Nanite will not have Vulkan support.
0 Likes

How is Maneater? That's a game I WAS looking forward to prior to the EGS exclusivity. I know it recently released on Steam so I may grab it.

Only was able to play it a bit so far, but it was definitely fun. Something satisfying about chomping down on fat beach goers.

Same here with EGS. It was one of those things where I thought it'd come out a long time ago, then realized it was EGS exclusive (as far as PC version goes) and bought it when it released on Steam. Ran into some Alligators that I then swam away from rather quickly... but munching things as a shark is amusing for sure.
1 Likes, Who?

"Nanite is currently supported on PlayStation 5, Xbox Series S|X, and PCs with graphics cards meeting these specifications, using the latest drivers with DirectX 11 or 12"

Since when does PlayStation use DirectX?
0 Likes
Jmsnz 26 May, 2021

Since when does PlayStation use DirectX?

But the new features are currently Console and Windows only.
0 Likes

Quoting: EMO GANGSTERI'm starting to think the reason epic is spending so much money and losing profits so much Is that they're trying to get bought out for big money later, I hope I'm wrong.

They already have big money, they are not an empty startup like say Twitter or Discord that earns no money, so I doubt that.

it would be kinda hilarious if apple out of all companies end up purchasing then (after they were sued by epic)
0 Likes
1/2»
While you're here, please consider supporting GamingOnLinux on: