Computex 2021 is now in full swing and Intel came out with two new processors as part of their 11th Gen Intel Core U-series designed for thin and light laptops with the i7-1195G7 and i5-1155G7 with Iris Xe graphics.

The i7-1195G7 is their new flagship as part of this series, and Intel said to expect "60+ consumer designs with the new processors" and there's nearly "250 OEM designs based on 11th Gen Intel® Core™ (U-series) expected by holiday". Here's where they sit now along with their specifications (source: Intel): 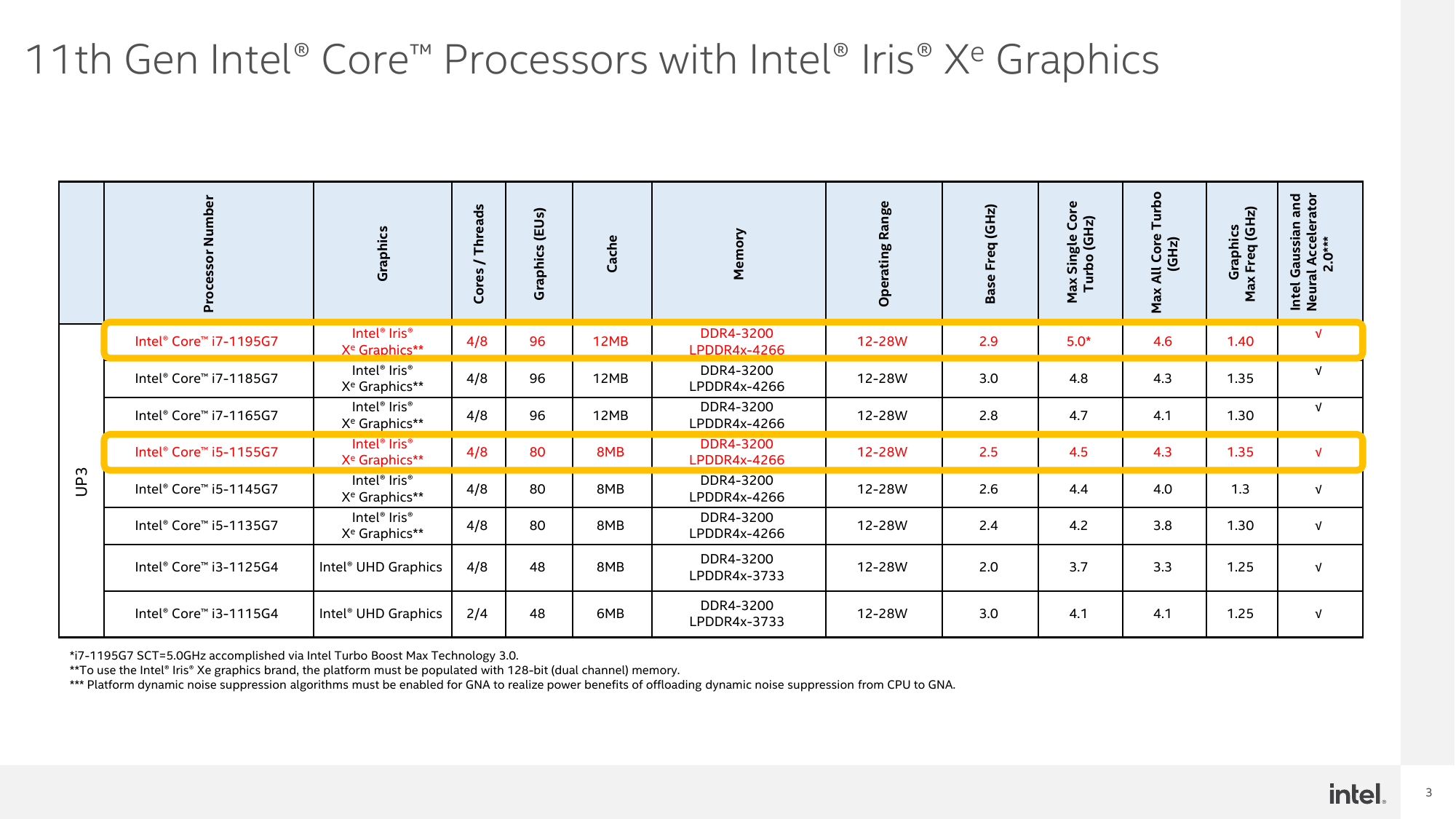 The i7-1195G7 is actually an impressive sounding chip. 5GHz is pretty ridiculous for it, along with the 12MB cache and the latest Intel Iris Xe, it should make for a really good experience.

With the press info they went through the usual bullet-points of what laptops with their 11th Gen chips offer but what was surprising was the game mentioned. Showing just how popular it is, Intel name-dropped Valheim saying they can offer "Impressive 1080p gameplay on new and popular titles, such as Valheim, with up to a 2.7 higher frame rate than that of the competition.". Nice to see they're paying attention to a great game. We shouldn't actually be surprised though, given that it's now sold close to 7 million copies.

Intel also announced their first 5G product, the Intel 5G Solution 5000 to power the next-generation of laptop users needing speed on the move. 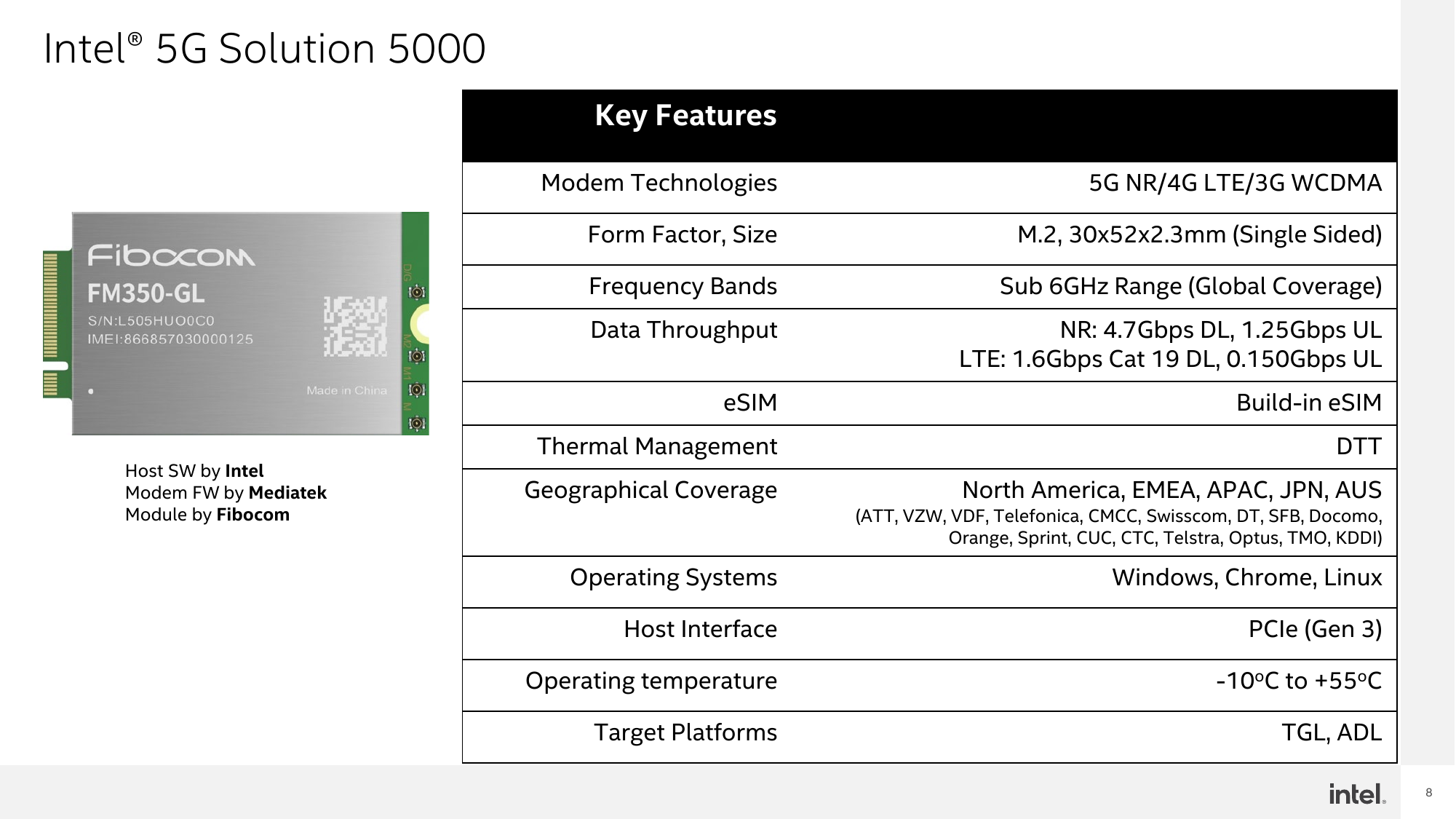 View PC info
Say what you will about Intel's security problems, their software support is always second to none. Interesting news especially about the 5G modem, it's about time Qualcomm had some competition.
0 Likes

grigi 31 May, 2021
View PC info
This time Intel just rebadged a Mediatek 5G modem. I don't expect it to actually work as advertised if I have to go by a mediatek based device I had previously.
0 Likes

View PC info
Oh. Well. I did think they sold their cell division to Apple a while ago so that came as a surprise.
0 Likes
While you're here, please consider supporting GamingOnLinux on: