Have a fancy AMD CPU with a Wraith Prism cooler? You might want to adjust some of the RGB settings on Linux and for that you should check out Wraith Master.

What it is: Wraith Master is a feature-complete graphical and command-line application for controlling the RGB LEDs on AMD's Wraith stock coolers. At the moment, the only supported cooler is the Wraith Prism, but there are plans to add other Wraith coolers as well. It exists as an independent companion to OpenRGB, and is designed to provide control over all functionality exposed by the hardware. In summary: it's lightweight, it's native, it's fast, it's complete, and it's self-contained. 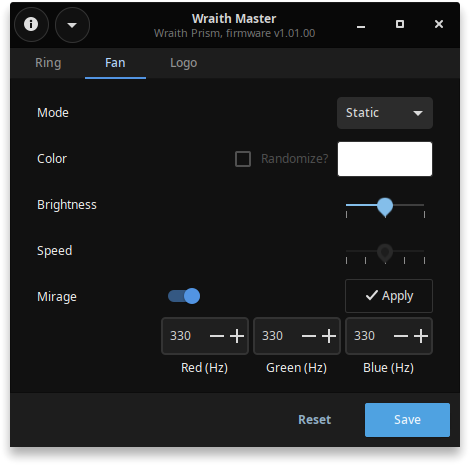 The 1.2 release for Wraith Master is out now, here's what changes:

Check it out on GitLab.