Wildermyth is a fantastic papercraft styled party-based RPG out now

Worldwalker Games have now officially released Wildermyth, a game that very much deserves plenty of attention and it's easily one of the best releases this year.

It plays out like a mix of a party-based RPG with elements of a board game, along with XCOM-styled combat and together it's a beautiful mix. Your party changes and grows over time through different campaigns too, going through relationships with different party members and you're dealing with old age too. All your decisions will have consequences not just for the story progress but for each character too. 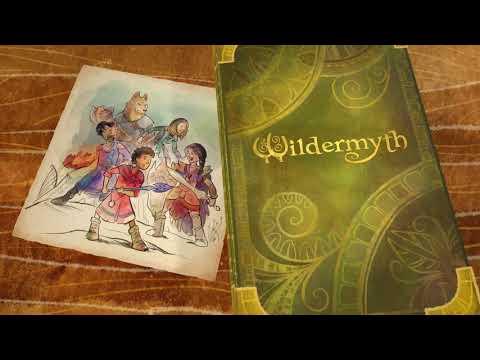 If you've previously enjoyed tabletop RPGs, you're likely going to feel right at home here. It feels a fair bit like that in video game form, and with the truly awesome papercraft inspired style it looks the part too. That feel echoes throughout the whole experience, everything just looks and feels good.

With the way your characters progress, it has a meaning that makes you end up caring about what happens to them. They're not a nameless squad, they have many different likes and interactions depending on how you progress through it. Losing them is tough too on you and the rest of your party. However, how it deals with losing is quite clever too. You get to decide. Do they die right away saving everyone, or do they manage to just scrape away but with a major injury that changes their personal story and abilities? There's so much choice in Wildermyth that it can keep you going on forever.

The depth to the game and the characters is a real strong point for the game. At all points in the game something about the world or your characters will change. They might fall in love, retire, or become something else entirely. The depth of it continues once a game is finished too. They call it a myth-making game for a reason. You might hear about them and their exploits in a new game, or see them come back in a later playthrough as a changed person.

We do often include affiliate links to earn us some pennies. We are currently affiliated with GOG and Humble Store. See more here.
About the author - Liam Dawe
I am the owner of GamingOnLinux. After discovering Linux back in the days of Mandrake in 2003, I constantly came back to check on the progress of Linux until Ubuntu appeared on the scene and it helped me to really love it. You can reach me easily by emailing GamingOnLinux directly.
See more from me
Some you may have missed, popular articles from the last month:
2 comments
undeadbydawn 20 Jun, 2021

View PC info
Really nice game with full 3440x1440 support, a whole load of helpful options, and DualSense works just fine (inc wireless).
The developers are also very friendly and responsive on Reddit, and have promised to work on including the DS icons
0 Likes

Chuckaluphagus 21 Jun, 2021
I'm having fun with it, it's very good at inducing that "just one more click" feeling.

Also, as a note, I've been playing it about half of the time (Steam says a total of 6.5 hours) on a laptop with integrated Intel 620 graphics, and it hasn't given me the slightest problem. This game manages the impressive trick of looking good while having very low system requirements.
1 Likes, Who?
While you're here, please consider supporting GamingOnLinux on: