Underrated and criminally overlooked, the rhythm action adventure BOY BEATS WORLD is officially out now. Note: our key was provided by the developer.

At first glance, BOY BEATS WORLD really doesn't look like much. The graphical style is very simplistic but if you do actually give it a go, you will find a bizarre yet completely charming musical adventure that really is worth playing through. There's not a whole lot of modern releases like this and the music is pretty good too. It's got a really great vibe going that will have you happily tapping along to the music to defeat all sorts of weird enemy types. 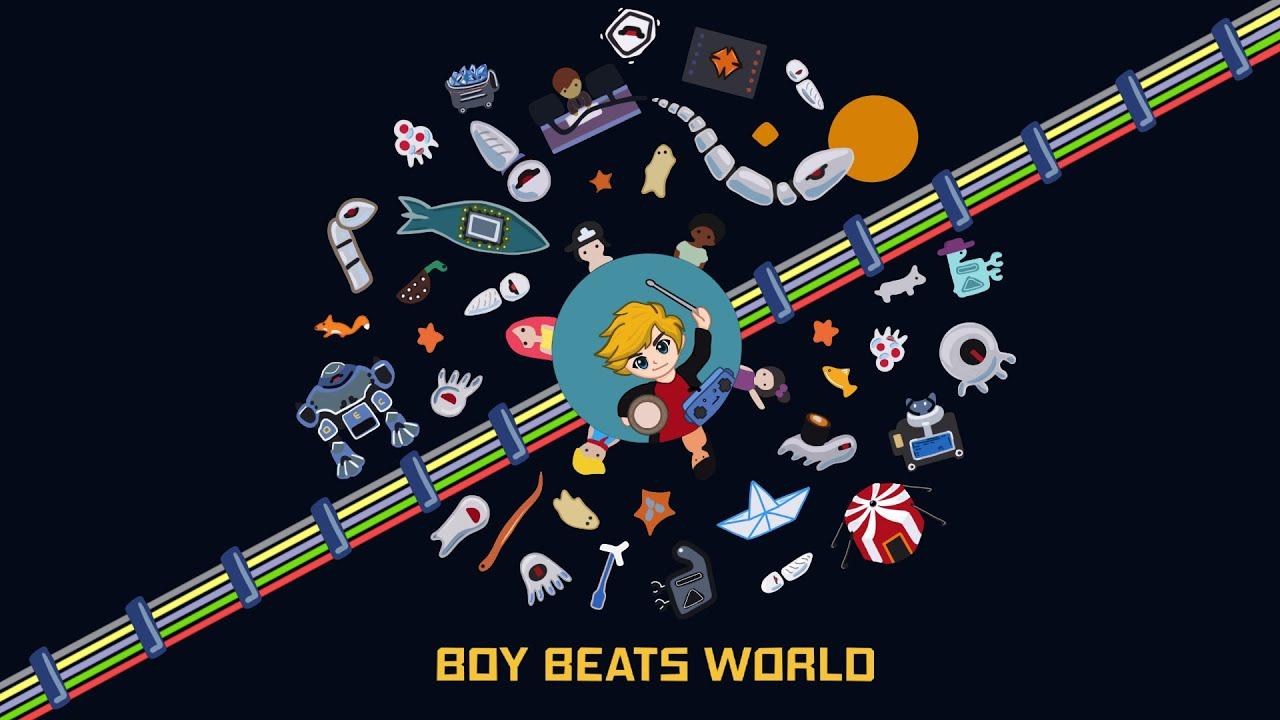 After some sort of devastating war, human kind lost. The robots have taken over. You are one of the last seven humans alive, barely awake from a capsule keeping you alive, the machines test you to see if you have a soul they think might exist and you set off on a beat-smashing adventure that's quite unlike any other. BOY BEATS WORLD is wonderfully quirky and unique.

What's really quite nice about it is that it's not punishing if, like me, you fail at having any sort of rhythm. Seriously, I'm terrible what anything musical and yet it's been a joy. You're not punished for missing beats, instead your attacks just don't hit as hard which makes it easily accessible to a wider audience unlike other rhythm games that will fail you time and time again and end up frustrating but here it's great. There's also a Beat Indicator you can add in if you want to make it easier.

Your adventure sees you travel through seven different districts, with you meeting various silly characters as you use the power of your soul and music together to liberate the world. As you go through you defeat various robotic boss leaders to unlock new moves, and free what's left of the human race.

View PC info
Oh, "criminally overlooked" indeed. Never heard of it and I am definitely interested in novel rhythm games. Thanks for sharing!
0 Likes

View PC info
So I tried it a bit... not quite a Crypt of the Necrodancer, but catchy tunes and innovative game-play.

Make sure to enable the visible beat indicator in the setting as otherwise it is hard to figure out the latency. For me it requires hitting the button just slightly before my brain thinks it is the right time. Either that is an actual technical issue with keyboard input latency, or my brain is just a bit odd :)
0 Likes
Purple Library Guy 17 Jun, 2021

Quoting: JuliusSo I tried it a bit... not quite a Crypt of the Necrodancer, but catchy tunes and innovative game-play.

Make sure to enable the visible beat indicator in the setting as otherwise it is hard to figure out the latency. For me it requires hitting the button just slightly before my brain thinks it is the right time. Either that is an actual technical issue with keyboard input latency, or my brain is just a bit odd :)

Well, the game was probably designed with human players in mind. You being, from your avatar, some sort of octopus or something, you can expect your reactions to be a bit different.