Vomitoreum is a retro-styled FPS Metroidvania that releases July 30

Vomitoreum shall bring a nice little birthday present for me on July 30 when this retro-styled FPS Metroidvania releases on Steam and itch.io. From the same developer who created Shrine / Shrine II and Lycanthorn / Lycanthorn II - Rain of Beasts comes another GZDoom powered experience.

The developer announced on Twitter the July 30 release date for Vomitoreum and replied to confirm the same date for Linux builds to arrive too.

"Vomitoreum has a world inspired by the painting of Zdzisław Beksiński; intense combat; challenging but fair gameplay; and a world waiting to be explored! Rise from the grave factory and see what Vomitoreum has lying in wait for you!" 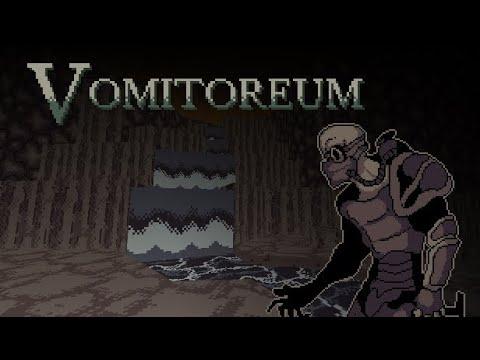 View PC info
Between this, and yesterday's Death Trash stream, it's all about the vomit, apparently!!

View PC info
This sounds good, I'd love to play a first-person Metroid-style game.
I will add this one to my wishlist.
I hope someday we will also see one that does not have a grotesque horror setting.
Thanks for highlighting it.
1 Likes, Who?
Purple Library Guy 18 Jun, 2021
That trailer had a lot fewer Roman feasts/orgies than I was expecting from the name.

View PC info
The demo is great. I'm looking forward to when this goes released on itch.io.
1 Likes, Who?
While you're here, please consider supporting GamingOnLinux on: