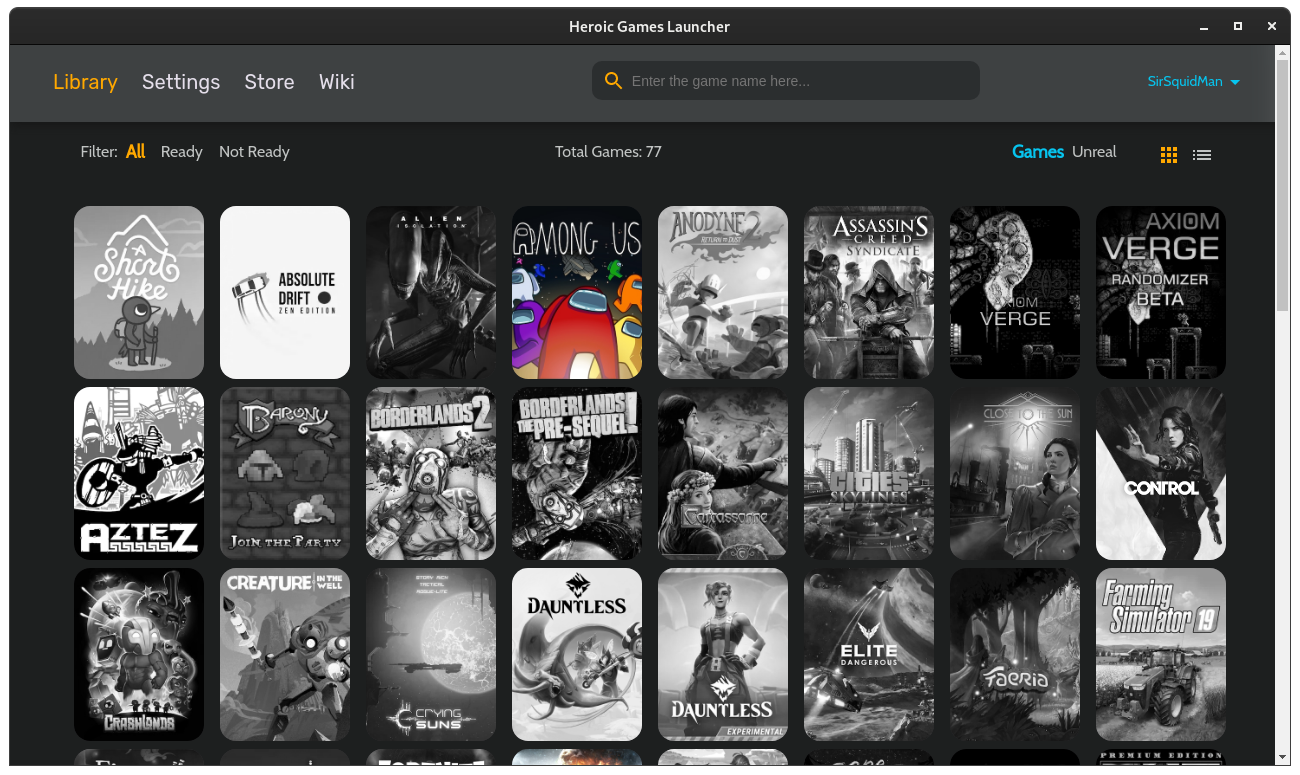 Probably better. The Epic Launcher is not terrible, per se. Just extremely barebones. On Windows I use GOG Galaxy 2.0 for my Epic games. I do like how user friendly Heroic launcher is. I honestly think that the developer should apply for an Epic grant. No hate for the Lutris guys, but this is just so much more user friendly that Lutris, IMO.
2 Likes, Who?

Well, there's no actual store, no buying or redeeming games currently. So that's a big one they might never be able to solve. That is, unless they embed a limited CEF-like browser into it that points to the Epic Store itself.
1 Likes, Who?
mao_dze_dun 22 Jun, 2021

Not a bad idea, actually.
0 Likes

Not a bad idea, actually.

Pretty much what the itch client does.
0 Likes

You can easily access the Epic store from Heroic. When you click on the "store" tab it opens a browser window where the user is authenticated with the same token provided to access the library. I regularly redeem free games from it and the workflow appears to be the same as when you're buying (even though I've never actually bought anything).
1 Likes, Who?
fearnflavio 22 Jun, 2021

Like Kirghan said above. It's possible to access the store, buy and redeem games. But I'm not sure if we are able to get the epic grant, although I haven't think about it.
BTW, your suggestion to have the recent games on tray is being worked and its planned for 1.8. Also with desktop shortcuts for those (like me) that wants to play the from steam using steam link.
😁
1 Likes, Who?

Liam Dawe 22 Jun, 2021
View PC info
I guess I was wrong about that then, having it load into a tab would be nice though rather than a brand new window :)

As for the tray update: hooray!

tpau 23 Jun, 2021
View PC info
Hopefully we can find a few enthusiasts that bring in support for other platforms.
Galaxy is nice but depends a lot on the original launchers.
Having an updater that keeps priorities for downloads across multiple stores is an interesting outlook.
Getting rid of the launcher chains would be amazing.
I'll keep an eye on this project
1 Likes, Who?

Usual 23 Jun, 2021
View PC info
Been wanting to use this launcher, but I always get stuck after putting my SID.
0 Likes
1/2»
While you're here, please consider supporting GamingOnLinux on: