Love some quirky comedy? A few months after releasing for Windows, Cyanide & Happiness - Freakpocalypse (Episode 1) is now available for Linux too. Funded thanks to Kickstarter backers in 2017 giving around $575,377 the popular web comic has turned into a digital point and click adventure.

"In this point-and-click adventure, control Coop in his quest to be the hero he always wanted to be by helping the people of Netherton! Talk to, touch, and look at everything in your environment! That sexy looking clock? Ask it to prom! That rotting piece of fruit? Touch it!"

Arriving as part of a planned trilogy, this first game contains their signature art style along with some sweet animated shorts to really bring the cartoon to life backed up by an original catchy soundtrack. Check out the trailer: 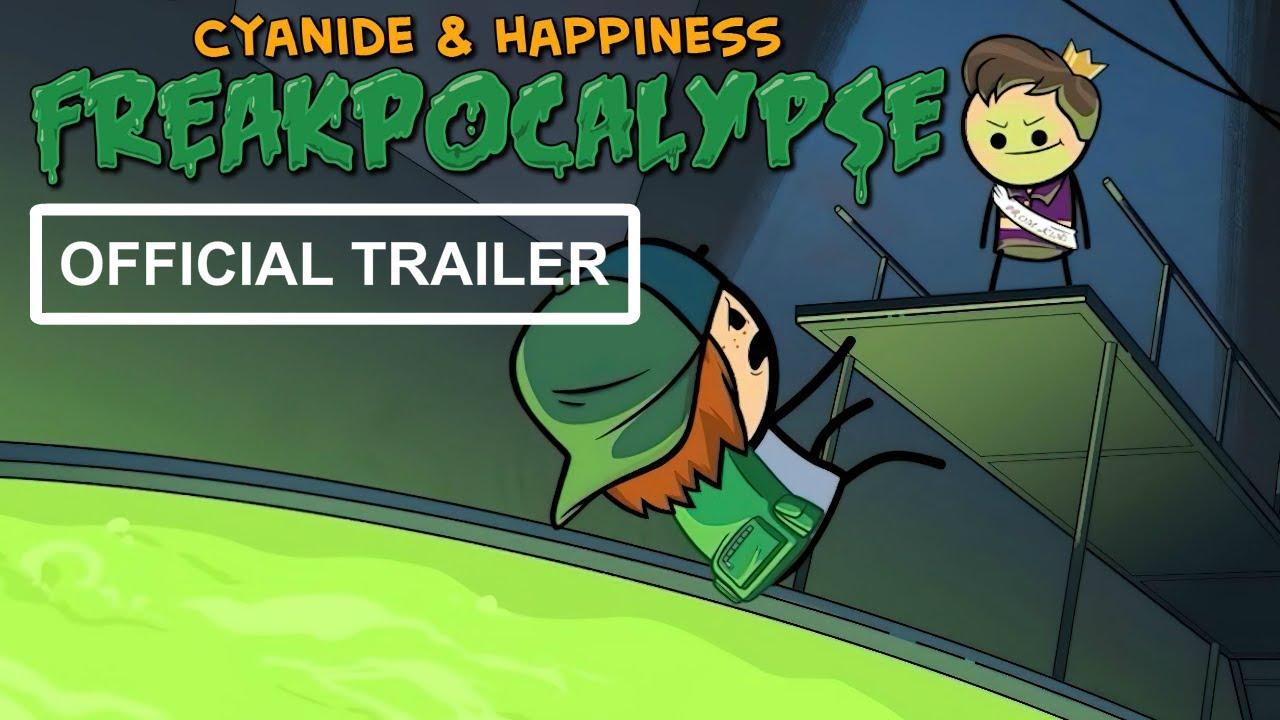 One issue I encountered was that their intro/logo screens didn't show up. You hear the audio but it's a black screen. I've notified them of this, as it's likely the wrong video codec being used since Unity still only supports three on Linux. The actual game seems to work just fine though, including the story intro video.

It seems it didn't get the best overall reception from users ("Mixed" on Steam overall, so not even Mostly Positive…), with part of the issue being the length as you can finish it in just a few hours. There's currently no date or announcements for the next episode yet either.

I played the game on Proton, but I think the authors didn't understand what Point & Click Adventure means. Because it's mostly point & click, with three actions on each item, and very little adventure. If they just lower the amount of items (it's more than 10 items for each location, even in those location that doesn't have any relation to story, multiply this by three actions you can do on each and you can see where the problem is) in each location and just focused more on the story the game could be much better.

View PC info
Once again I'm let down by Steam not letting me know that a game on my wishlist now has Linux support. Good thing GoL is always on the ball.

Further failure by Steam by being unable to add it game to my shopping cart.

Quote"SORRY, WE COULDN'T ADD YOUR ITEM!"

Nice, I was waiting for this! I started playing this morning and enjoying it so far. I really like the humour.

I have the same issue with the intro video not playing. I don't think it's the codec though. Other videos do play and it's the same vp8 with yuv420p for all videos. For anybody curious to see the video, they are all in "steamapps/common/Cyanide & Happiness Freakpocalypse/Freakpocalypse_HPTH_1.09d_Linux_Data/StreamingAssets/".
1 Likes, Who?

View PC info
I backed this one. Finally got around to playing it (via proton) the other day, and now the Linux version drops! I was just playing it to test out the red DualSense controller I have (which works great, though not terribly useful for this game, which is kind of odd with a controller).

The comedy is spot on for it, you end up just doing all options on each object just to hear all the jokes.
1 Likes, Who?

View PC info
The Linux port is a 0 byte download here, and shows all the same symptoms as this. No "Store or CD Key" for the Linux version.

Devs have been informed, but I'm guessing they're American and Independence Day got in the way?
0 Likes

View PC info
That and the weekend, probably. :)

I'm hoping it'll get fixed early this week, but if not, I'll be getting a refund.

EDIT: Still no response from the devs, refund requested.


Last edited by WorMzy on 7 July 2021 at 3:31 pm UTC
0 Likes
While you're here, please consider supporting GamingOnLinux on: