This could be the start of something truly big for game development (amongst other things), with the Linux Foundation pulling together some huge names to launch the Open 3D Foundation and the Open 3D Engine based upon Amazon Lumberyard.

In the announcement the Linux Foundation stated that Amazon Web Services (AWS) contributed an "updated version of the Amazon Lumberyard game engine" as what will form the basis for the future project. So, is this Amazon basically throwing out Lumberyard, to get the community to pick up the slack? Either way, donating it in this way is a good thing. More companies should do this. The AWS team themselves said in their own announcement they were building "the successor to Lumberyard" and so to "enable the game and simulation developer community to work side by side with us" they then spent over a year finding partners for it and it looks like it had some big upgrades too.

“The new Open 3D Foundation finally gives gaming and engine developers an opportunity to influence the direction of a major AAA class 3D engine that is sustained for the long term by a worldwide open source community,” said Chris Aniszczyk, CTO, Linux Foundation. “Furthermore, other industries such as automotive and healthcare can take advantage of embedding the engine and supporting the advancement of the engine to benefit all.”

Currently, the game engine editor on GitHub only has Windows build instructions, which is hilarious (in an annoying way) when you consider that this is coming from the Linux Foundation. Going by their public roadmap, Linux Client support isn't hooked up yet either but it is planned with Vulkan support. Early days though of course, and now it's in the open and open source (available under either the Apache License 2.0 or MIT) perhaps we can now see a boost to Linux support from contributors.

It will definitely be interesting to see how this goes. With the likes of Unity and Unreal Engine being the biggest around currently, both of which are proprietary and this new kid on the block comes along and flashes them with open code and an open license. Of course there's also Godot Engine which is open source, Game Maker Studio which is proprietary and plenty more but this looks like it will go up against the bigger few. 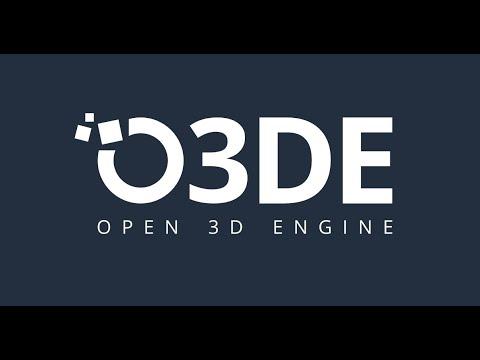 Update: in a post on Twitter, Chris Aniszczyk, CTO of the Linux Foundation stated that it's all in the early stages and they're going through "formalizing governance, to adding full fledged Linux support, etc". So yes, fully proper Linux support is confirmed.

We do often include affiliate links to earn us some pennies. We are currently affiliated with GOG and Humble Store. See more here.
About the author - Liam Dawe
I am the owner of GamingOnLinux. After discovering Linux back in the days of Mandrake in 2003, I constantly came back to check on the progress of Linux until Ubuntu appeared on the scene and it helped me to really love it. You can reach me easily by emailing GamingOnLinux directly.
See more from me
Some you may have missed, popular articles from the last month:
The comments on this article are closed.
28 comments
Page: 1/3»
TheRiddick 6 Jul, 2021

View PC info
Can't wait to see what games are developed using this that run natively on every platform except Linux.
21 Likes, Who?

View PC info
According to the article here: https://venturebeat.com/2021/07/06/amazons-lumberyard-becomes-an-open-source-3d-game-engine-with-support-from-20-companies/

It was actually rewritten from scratch over the original Crytek engine fork. This is news to me, but that could mean it was never fully completed (like the last 10% are 90% of the work).
4 Likes, Who?
kaijukun 6 Jul, 2021
More FOSS choices is always better, so this is going to be an exciting project to watch.

Developing both Linux and Mac editors from scratch using only open source contributors won't be trivial though.
1 Likes, Who?

View PC info
Not the worst engine to have in open source form. Seeing what Star Citizen made out of it, there must be a quite capable base to work from. The irony is of course that they are way behind SC now. They have their Vulkan renderer feature complete and it is estimated that it may completely replace the DX one fairly soon (SC soon, which is worse than SoonTM

). And in the SC tech updates, Linux is still occasionally mentioned as a build target for the engine. All the time that took also shows that it's not the easiest piece of code to work with.

View PC info
This could be interesting if it will enable more games for Linux eventually.
3 Likes, Who?

View PC info
I'ma stick with Godot + Blender, since it already works well for me, 4.x is comin' soon, and it's already working on all the major platforms, where this new engine still only has Windows downloads available on their website. Nice to have other open source 3D engine options hitting the scene tho. Surely worth keeping an eye on.
11 Likes, Who?

tonyrh 6 Jul, 2021
View PC info
Hmmm, linux foundation, wargaming, adobe... maybe I'm too pessimistic but I don't expect anything good and tangible to come out of this
5 Likes, Who?

Quoting: GuestI'm still distrustful of the Linux Foundation as a whole, seems like it's being run more & more by Microsoft, and putting anything with strong ties to AWS into the mix is not a good combo.

To me this just seems like a marketing stunt, and an attempt by Amazon to get more games hooked into it's infrastructure.

Permissive license, open source development is the way to go for anything, but with those likely goals in mind it's worth remembering where most of the funding will go towards. This will push the project away from being a community driven, exciting open project, and more an example of how businesses can benefit from open source software (something still worthy of pointing out, of course).

That's a very good point. When I first started being a "member" of Linux Foundation, I had the feeling it was some money spent to give voice and extra cash to the smaller projects, maybe even the "lesser evil" sort of thing. As of late, Linux Foundation -And their outdated, rather poor courses- as you well mention look more like Microsoft or AWS just looking into tiying people up to their certs.
1 Likes, Who?
jonbitzen 6 Jul, 2021

It will be interesting to see if, in the next year, Valve puts anyone on this to nudge it along. From the github issue for Linux client support it sounds like they need testing and bugfixing, rather than a full-up writing of the Linux client code. Not saying it'd be trivial, but it may not be quite such a heavy lift either.

Meanwhile, I've been waiting for a Source 2 SDK release, something like I've used for UE4 or Unity for longer than I can remember now. I've heard of modding tools for DOTA2 and HL-Alyx, but nothing more substantive.

Even if they were about to release Source 2 tomorrow with all the ease-of-use features I've seen in UE4, having another AAA alternative couldn't hurt. And one that isn't owned by a professed competitor.

That said, who am I to tell GabeN how to spend his money?

1 Likes, Who?
1/3»
While you're here, please consider supporting GamingOnLinux on: