Crowsworn looks pretty damn good and it appears plenty of other people feel the same way, with it only just launching on Kickstarter recently and the goal was completely smashed. Taking some inspiration from games like Hollow Knight, Bloodborne, and Devil May Cry this metroidvania has a "strong design emphasis on explorative platforming, immersive combat, and compelling storytelling".

"In Fearanndal, a dark and oppressive world, where even the air seems to carry weight, you awake from a deep slumber.  You find yourself in a coffin, buried in an unmarked grave, surrounded by unfamiliar territory. Seemingly void of purpose, you venture forth attempting to retrace your steps and regain your lost memories." 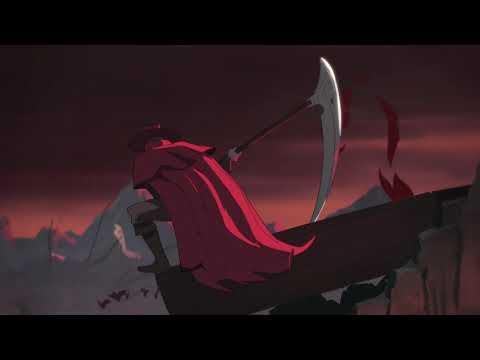 Starting off on Kickstarter with a CA$125,000 it has rocketed past it with it now on around CA$340,000 (about £196,000). It's clearly popular and for good reason, as it sure does look good and fans of Hollow Knight are no doubt itching for more similar titles to blast through. I have to admit too, it has my total attention with that trailer. The mix of melee and brutal looking ranged abilities looks ridiculously fun and the artwork looks fantastic too.

With it being designed like a metroidvania the gameplay sees you run through a big interconnected world, one filled with possible dangers lurking in each section. You will gain various new abilities as you progress, with the game being non-linear and you'll use various abilities you unlock to gain access to new areas.

You can fund Crowsworn on Kickstarter and follow on Steam.

No kidding. The art style seems almost directly lifted. Not just for the character, but the environments as well and some of the mechanics (that bursting down through the floor looked awfully familiar).

It seems to be bringing some new stuff to the table, but I can't help but think being that similar is a mistake.
2 Likes, Who?

Seriously, that's way more than "some inspiration". I guess if you're going to copy, copy the best?

Nice to see plague doctors having a moment though!
1 Likes, Who?

Last edited by dpanter on 13 July 2021 at 7:33 pm UTC
0 Likes
Purple Library Guy 13 Jul, 2021
There are a lot of games where the protagonist has amnesia, aren't there? I guess it's a good gimmick for games because it gives you a reason why you're involved and yet have no idea what's going on and have to find out.
1 Likes, Who?

Quoting: Nezchan(that bursting down through the floor looked awfully familiar).

Seriously? That has been done to some extent in a whole lot of games. We've got what.... 40 years worth of games now, at some point elements are going to be reused.
0 Likes

If they pull it off, all the power to them.
0 Likes

If they pull it off, all the power to them.

Hollow Knight HAD AN UNIQUE STYLE. In the other hand Crowsworn looks an easy copy (in the visuals and maybe in the mechanics). Play it if you want, but I prefer to give my support to the people who create new things.

But I repeat that my judgment is only based on the trailer.
0 Likes

View PC info
The game does have a strong "Hollow Knight" feel indeed, and you know what ? Silksong does, too, yet nobody will call it a "cheap copy"

I mean, from the trailer, the game does not look like a "cheap copy": it does have a nice vibe to it, the gameplay looks smooth, and there seems to be quite advanced tactics for the most expert players. If you liked Hollow Knight, you can play this one, or wait for Silksong.

Or, you may enjoy both as well