Today NVIDIA put up a rather exciting blog post talking about RTX - with Arm. Not only that, they've showcased it using Linux too which is pretty amazing.

Shown off for the Game Developers Conference, NVIDIA has announced an expansion of their RTX SDKs to support to Arm and Linux. What they've added in includes support for:

What they presented was an NVIDIA GeForce RTX 3060 GPU paired with a MediaTek Kompanio 1200 Arm processor, setup with Arch Linux (likely something like Arch Linux ARM) along with testing out the likes of Wolfenstein: Youngblood. 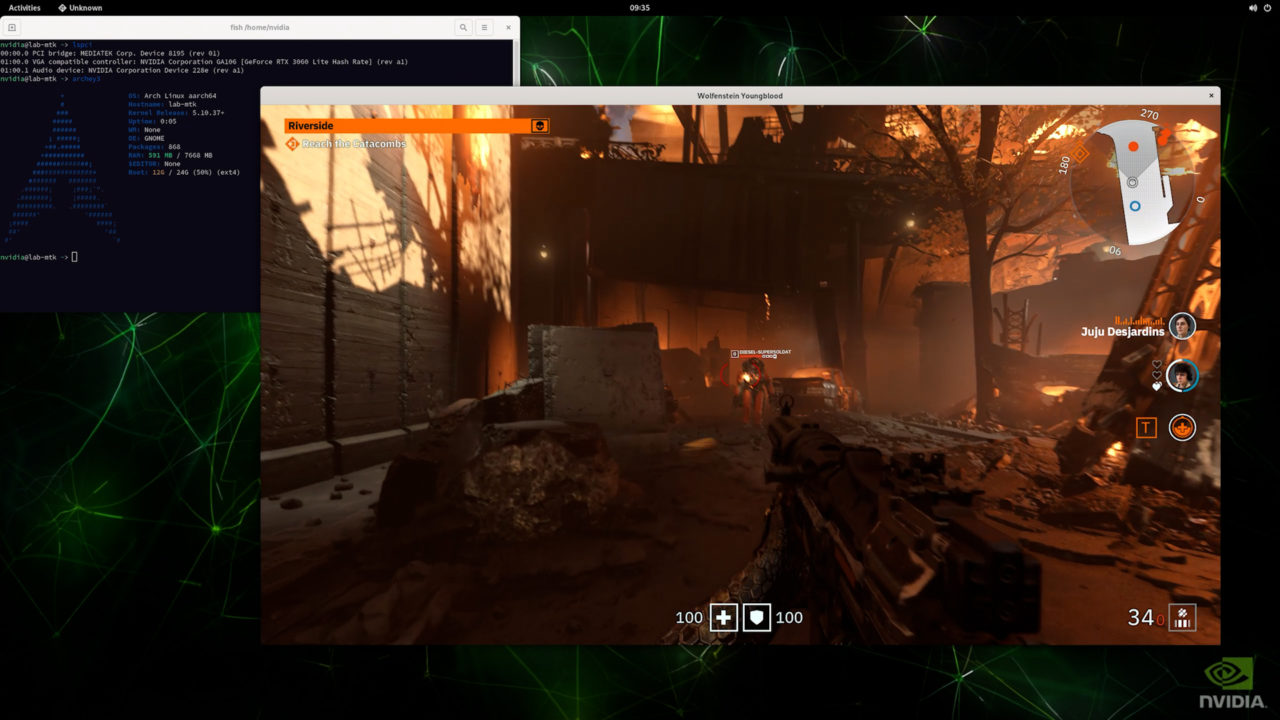 “RTX is the most groundbreaking technology to come to PC gaming in the last two decades,” said PC Tseng, general manager of MediaTek’s Intelligent Multimedia Business Unit.“MediaTek and NVIDIA are laying the foundation for a new category of Arm-based high-performance PCs.”

Multiple companies sounded quite excited by it including Epic Games, Machinegames and Unity. 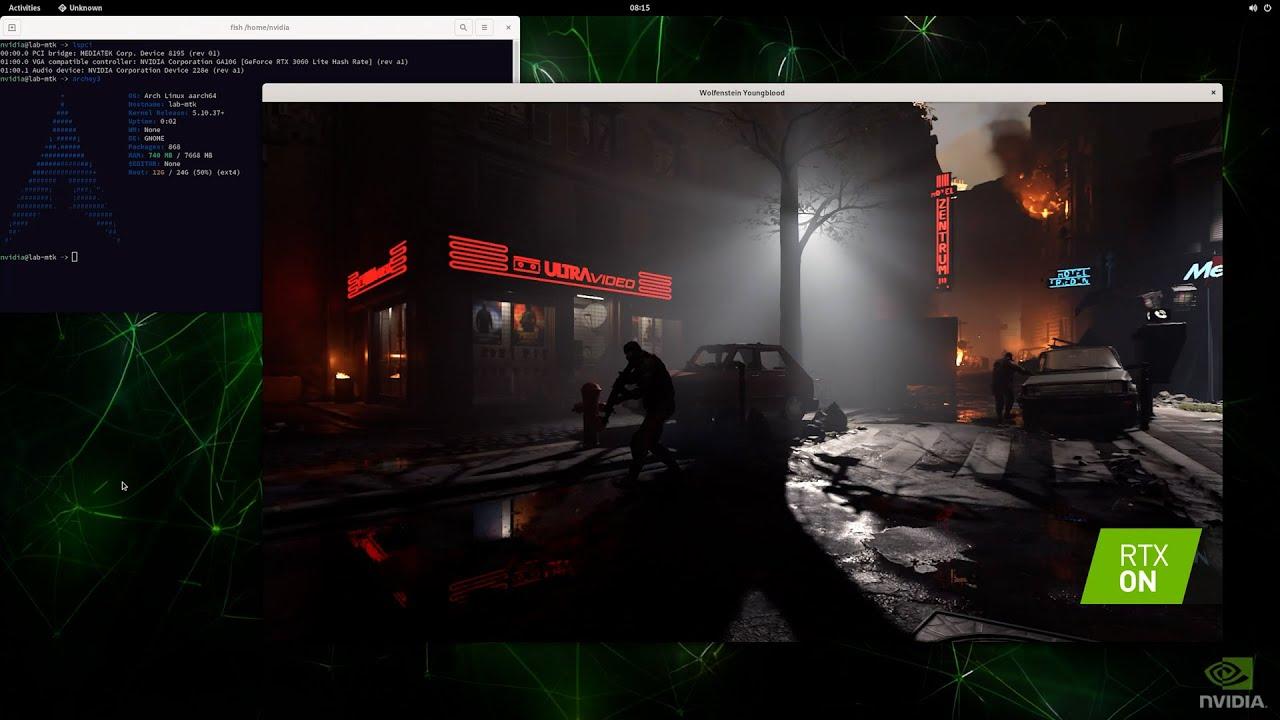 There's also a separate post from NVIDIA to properly announce the new NVIDIA DLSS SDK, which adds full Linux support including for native x86 Linux games and Arm too. Quite an exciting move for the future of Linux. The DLSS SDK is also easier to get now, with no application to NVIDIA required as you can do a direct download now.

About the author - Liam Dawe
I am the owner of GamingOnLinux. After discovering Linux back in the days of Mandrake in 2003, I constantly came back to check on the progress of Linux until Ubuntu appeared on the scene and it helped me to really love it. You can reach me easily by emailing GamingOnLinux directly and find me on Mastodon.
See more from me
Some you may have missed, popular articles from the last month:
The comments on this article are closed.
47 comments
Page: 1/5»

View PC info
It's pretty amazing though not crazy to use Linux for this since I think we have better support when it comes to using the hardware then Windows does since we've been shipping Linux on ARM for years (Thanks Android!).
0 Likes

View PC info
This is pretty big if it gets official... AMD and Nvidia in the Linux push, all runing on Arch based distros... Interresting times for Linux gaming ahead!

Did Nvidia and Valve collaborate on this one? The timing is pretty weird, considering the Steam Deck reveal.
7 Likes, Who?

The video is live now.

View PC info
What is making me wonder it's the fact that Microsoft and Nvidia always walked hand in hand, when it comes to gaming... What is happening?
1 Likes, Who?
kuhpunkt 19 Jul, 2021

I guess they also just want to be future proof. Nvidia is working with Valve (enabling DLSS on Proton) and Nintendo on the Switch etc.
1 Likes, Who?

I guess they also just want to be future proof. Nvidia is working with Valve (enabling DLSS on Proton) and Nintendo on the Switch etc.

Sure, but a PC gaming laptop powered by ARM... It's directly playing on Microsoft's turf. Or is Microsoft trying to gradually abandon the said turf? Afterall, the new Microsoft did say that they envied Google's position...

Totally unfounded and speculative from my part... And probably wrong too (more a wish than a reality).

I guess they also just want to be future proof. Nvidia is working with Valve (enabling DLSS on Proton) and Nintendo on the Switch etc.

Is the Switch bit still valid?
I thought that was some rumour for the Switch Pro which obviously didn't happen.
0 Likes

wintermute 19 Jul, 2021
View PC info
I wonder if this is going to be part of the rumoured Chromebook + dedicated graphics card that will be perfect for running Steam?
3 Likes, Who?

View PC info
This Mediatek SoC is running 4*A76 + 4*A55. Pretty impressive to run this on that CPU. If they ever use a SoC with Cortex-X2, then the results would probably be amazing
0 Likes
1/5»
While you're here, please consider supporting GamingOnLinux on: