Back in 2019, survival game Rust was one of the more high-profile games to remove their native Linux version but it seems they're not done with Linux thanks to the Steam Deck.

You could actually still play Rust on Linux with Steam Play Proton, however like a lot of other online games it uses anti-cheat. Specifically, it uses Easy Anti-Cheat (EAC), which blocks Linux players from most servers as it currently doesn't support Proton. For the upcoming Steam Deck, Valve has made it clear that they're working with EAC and BattlEye to get both hooked up and working for Proton.

Speaking on Twitter on July 27, Facepunch Studios creator Garry Newman mentioned in reply to a user talking about Rust and Linux that "EAC are working on it, we're working with them to make it happen. Rust runs good on the deck.". 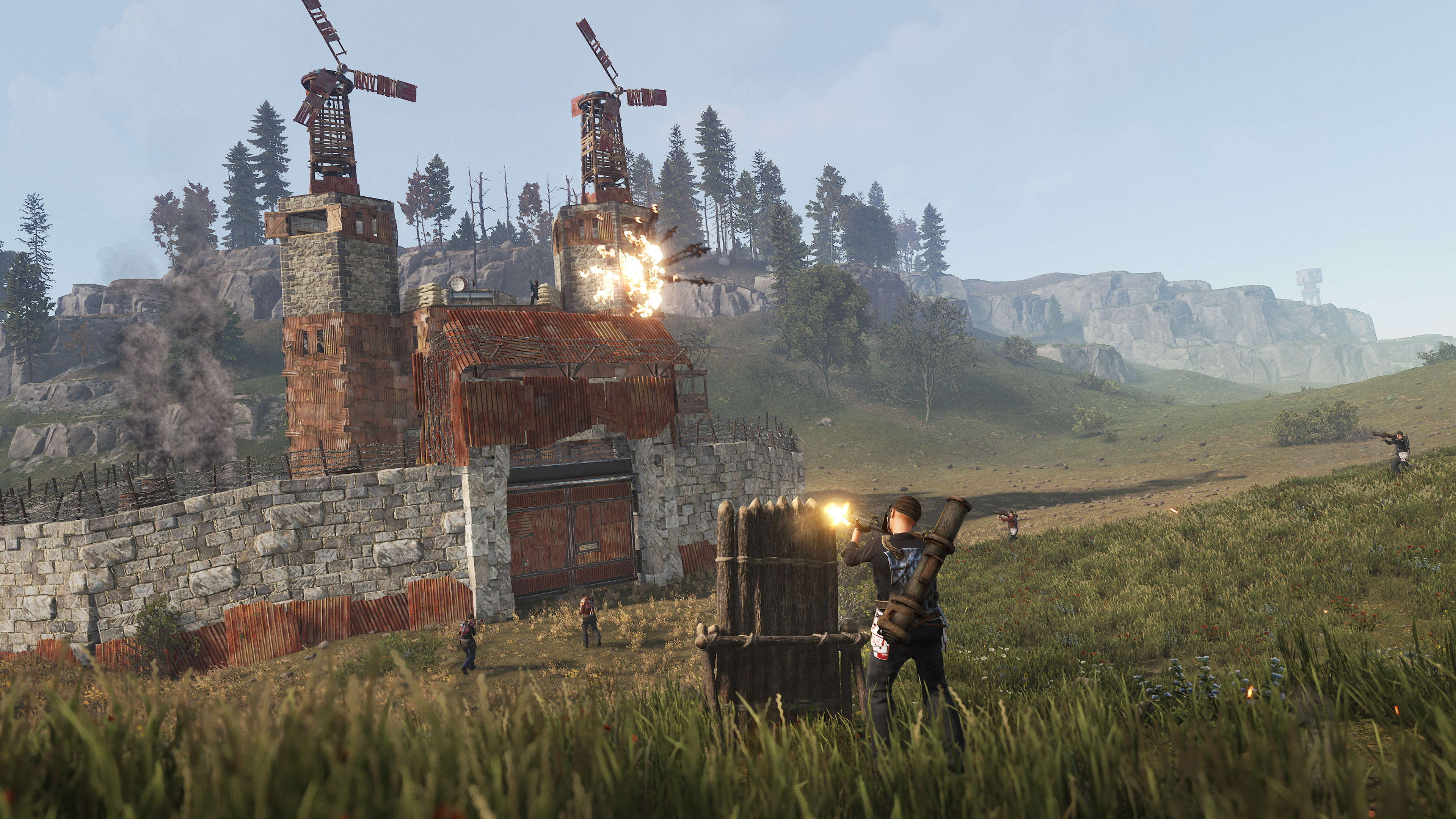 Good news for fans of Rust then. Looking back on it, Rust is still very clearly one of the most popular games on Steam. It regularly sees peaks of over 100,000 players each day, putting it on the top 10 on Steam.

Must admit my surprise that Newman mentioned it "runs good" considering the Steam Deck specifications. Then again, at the screen resolution it has, perhaps it's not that surprising as most games should hopefully scale down nicely to it.

View PC info
Oh very nice. Nice to hear a third party confirm this is something that's actually happening. Can't wait. Hopefully the AntiCheat solution extends beyond just the Steam Deck, but even if it doesn't, it'll be a great step forward.
2 Likes, Who?

View PC info
Hopefully this'll be true for S&box as well, currently waiting for my key so I can start seeing how Proton-friendly it is.
0 Likes
vipor29 28 Jul, 2021

View PC info
i think this will go beyond the steam deck. there is no way there just gonna make that exclusive. someone will send this over to linux desktops.
1 Likes, Who?

Quoting: gradyvuckovicHopefully the AntiCheat solution extends beyond just the Steam Deck, but even if it doesn't, it'll be a great step forward.

Deck-only doesn't make a lot of sense, technologically or for what Valve are trying to achieve, but I could see the anti-cheat vendors insisting on a solution that only works on Valve's Proton - signing keys or whatnot - rather than allowing it to work in upstream Wine.

Still not gonna give Garry Newman any money, mind.
6 Likes, Who?

Quoting: CatKiller... but I could see the anti-cheat vendors insisting on a solution that only works on Valve's Proton - signing keys or whatnot ...

View PC info
what is the probabilty of steam decks' proton be the same as in desktop Steam. İ read alot about Steam deck is just a handheld pc based on arch linux + kde.
i like to say eac will work at day 1 with all linux systems where proton and steam available.
so this will unlock many many aaa titles for desktop Linux users. And will be catastroph for user base of windows. (for dual booter too)
0 Likes

View PC info
That's why I won't and we shouldn't speculate on what the Steam Deck can and can't do. The hardware performances are unknown, the version of Proton used is not either and EAC support seems more than a wishfull thinking, with this kind of news. We may be positively surprised in many of these aspects.

I might have put on my rose tinted glasses, but I will trust Valve on this (fingers crossed), until they are proven wrong. Since they seem pretty confident in the Steam Deck, I can't believe they will make the same mistake of under-delivering twice (Steam Machines)...

View PC info
That's to be expected. I mean, Valve would never officially announce a game console with explicit support for games that utilize anti-cheat solutions, without first having worked with the anti-cheat companies behind the scenes and ensured that said anti-cheat solutions will be working like a charm come the console's release day. That would be unbelievably irresponsible and shortsighted of them in terms of marketing and company credibility, and Valve are not generally known for being irresponsible or shortsighted. Even the Steam Machines were less of a flop and more of a testing the waters thing, if you ask me; Valve's continued long-term involvement with Linux and eventually Proton confirms this in my eyes.
3 Likes, Who?

View PC info
Good news for EAC users. However, given Garry's open hostility towards Linux historically, I won't be buying Rust again even if it works flawlessly with Proton.
2 Likes, Who?

Quoting: Kuduzkehpanwhat is the probabilty of steam decks' proton be the same as in desktop Steam.

For the last decade Valve have been working to get their business to not be dependent on Windows. If they achieve "Valve has independence from Microsoft if and only if all gamers give up their gaming rigs entirely in favour of a seven inch phablet" then... they won't really have succeeded.

They need their customers to be able to do exactly what they do now, only without Windows, just in case Windows becomes no longer an option.
4 Likes, Who?
1/2»
While you're here, please consider supporting GamingOnLinux on: