Still moving along quite quickly! The Open 3D Engine (O3DE) from the Open 3D Foundation (headed by The Linux Foundation) is a game engine donated by Amazon based upon Amazon Lumberyard.

While the initial release came without proper Linux support, work has progressed nicely on that front and most recently developer Fabio Anderegg of Kythera AI had their "ugly Atom renderer hack" merged into the development branch of O3DE. This means that now the O3DE Editor will run on Linux without any changes so we're another step closer. Anderegg mentioned on Twitter that the Editor should work properly on X11/XCB desktops but there's no proper Wayland support yet but it should run with XWayland. 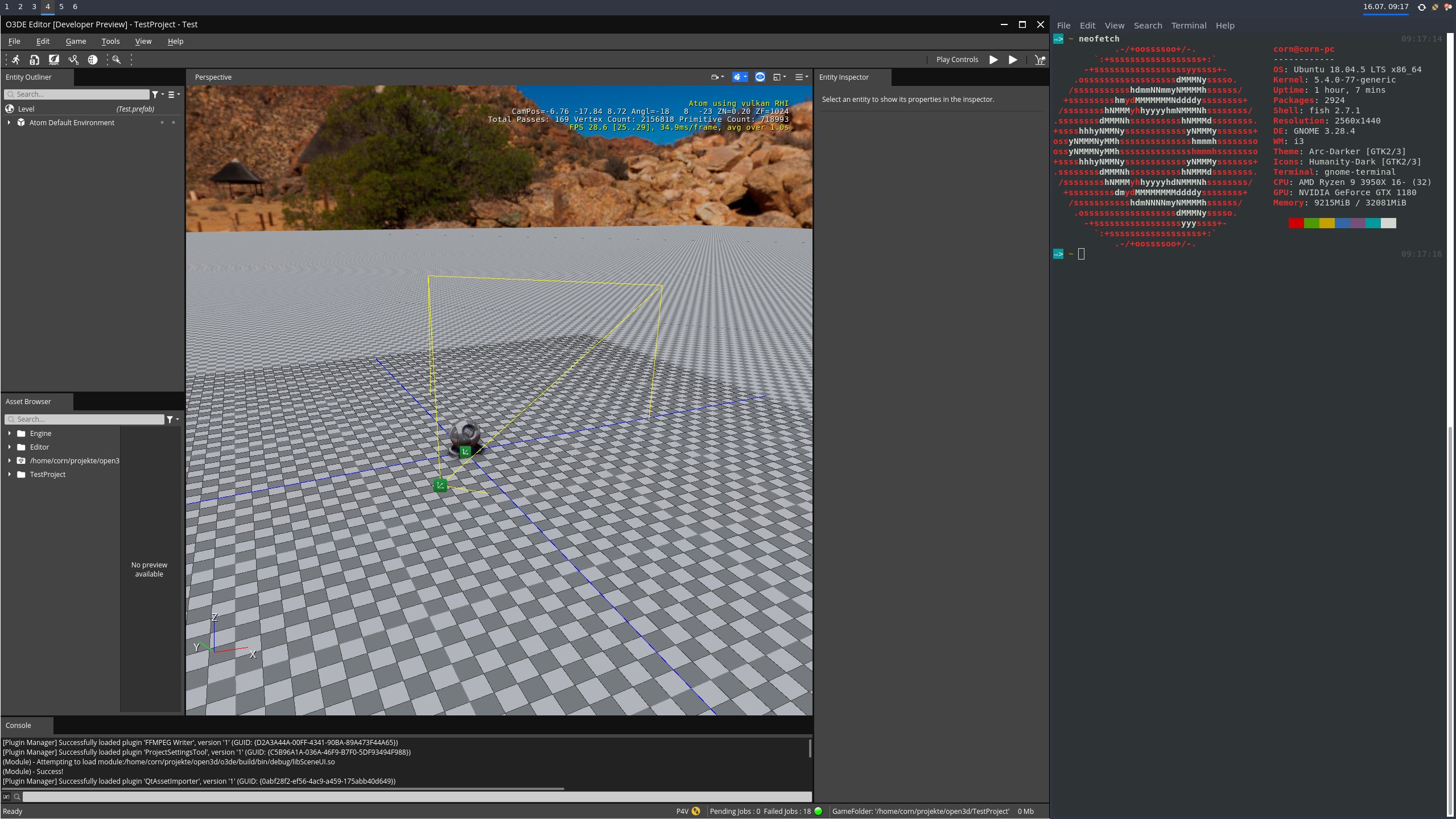 Pictured - a previous image Anderegg shared of O3DE on Linux.

The next step is creating a "NativeWindow implementation", which will then allow standalone games built with O3DE to run natively on Linux.

When we hear more on it we will let you know. Quite exciting to see such a huge and advanced game engine become free and open source. Very keen to see how it eventually stacks up against others like Unity, Unreal, Godot and more. Hopefully once the initial rush of getting it cleaned up now it's open source is over, maybe they will get some good marketing out there to pull developers to use more cross-platform FOSS tooling like it.

View PC info
Its going to be hilarious if they get Vulkan happening before RSI... (starcitizen)
2 Likes, Who?

Quoting: TheRiddickIts going to be hilarious if they get Vulkan happening before RSI... (starcitizen)

I think I would laugh, then cry...
1 Likes, Who?
slapin 11 Aug, 2021
There is quite different problem here - no OpenGL support which eans it runs on future and top devices (except for PC support). Which is quite limiting.
0 Likes

Quoting: TheRiddickIts going to be hilarious if they get Vulkan happening before RSI... (starcitizen)

But would hacked together Vulkan support really be better than an engine that targets Vulkan as primary (maybe even only) future API?

UE4 already gives you the answer though.
0 Likes
While you're here, please consider supporting GamingOnLinux on: