"Fortune's Run is a retro-styled first-person shooter developed on Unity inspired by Deus Ex, EYE: Divine Cybermancy and Build Engine titles. It is set in a hard-scifi universe where entrepeneuring colonists have left countless worlds bereft of resources and opportunity. You play as Mozah Lydd'sekh, an ex-con stuck working for the soul-crushing mega-corp du jour as a result of their conditional release terms. You will lurk through rusted industrial spires and over-populated residential warrens, trying to make sense of a world long forgotten by those who built it."

Check out their brand new trailer below: 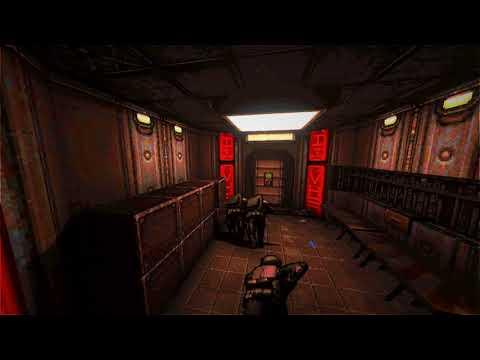 Team Fortune mentioned how they "really like the technical feel of fighting games and character action titles like Monster Hunter" so what they're doing with Fortune's Run is to bring a hardcore precise shooter with "more complex combat and movement mechanics" along with a full single-player experience to run and gun through that offers up an extensive story. This is not another fast-paced Quake or Doom like experience, with a more open setting and a world filled up with different NPCs to meet.

View PC info
Definitely seems dystopian enough to pique my interest, but I fail to get how this isn't a DOOM/Quake-like when the combat showcased in the trailer is all fast-paced jumping and running and ducking and sliding and dancing around enemies and their projectiles while blasting them in the face, i.e. exactly like in DOOM and Quake, which unfortunately I've always disliked (even though I do appreciate the old-school hardcore gaming experience they offer.
0 Likes

View PC info
I started off watching the video which look fun and nice but I can't follow yet another super fast FPS... Then Fortune's Run goes "Blocking bullets with a Katana" and I do wonder if it's EYE inspired.

Slap my knee and call me a skeleton as would the Emperah, I'm game. I've to see how much EYE aspects end up in that thing, I've a feeling that native english speakers won't manage to have as fucked up writing has StreumOnStudio had back in 2011 (it had a blind translator × "I've no idea what I'm doing" × "the plot is weird already" issue in EYE, but it made it pretty fun*), I hope we can rebind whatever skills we get to whatever we want and really push it to the limit.

Let me telefrag people, while connecting nearby enemies to them and still spitting more leads than most FPS let you do. I'll let the hacking game slide, but if that simple request is fulfilled, it'd be good. With 8 players coop it'd be great.

Before people get the wrong right idea: yes, I'm a diehard EYE fan, but none of my friends want to try it.

View PC info
I like so many of these new retros but I would like to see more LAN support to run matches at home more.
0 Likes
While you're here, please consider supporting GamingOnLinux on: