Prodeus is a crowdfunded retro-inspired first-person shooter currently in Early Access and it's set to get a huge upgrade soon with online co-op support.

Not heard of it before? The developers describe it as a "first person shooter of old, re-imagined using modern rendering techniques. It reaches the quality you expect from a AAA experience while adhering to some of the aesthetic technical limits of older hardware".

With a big update coming soon it will add in online co-op and there's going to be an array of new campaign maps to blast through, new music from Andrew Hulshult and a bunch of new community maps too. Their new trailer was shown off during Realms Deep 2021 which you can view below: 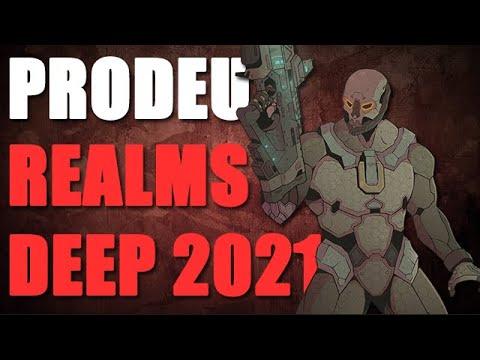 It doesn't have a native Linux build yet, which it did have confirmed as a release platform on the original Kickstarter campaign. We spoke to the developer recently to ask if there was an update on that coming but they simply told us there was "no eta" on it. For now you can run it unsupported using Proton where it works quite well.

Prodeus is available on Humble Store, GOG and Steam.

Quoting: GuestI'll admit to getting vibes from them that are similar to other games in the past: "GNU/Linux version is being worked on", to "we need to change a few things to make it work", to "after the Windows release", then "no confirmed release date", and finally silence.

The game is listed as still in development, but in all honesty it's been released that way for some time, and if they don't have a GNU/Linux version working by now, chances are incredibly remote that they'll ever bother.

Disappointed, as I was otherwise looking forward to it. Oh well.

Sad, but pretty much the reason I don't bother with Kickstarter or anything similar anymore. Disappointed too many times.

QuoteIt doesn't have a native Linux build yet


Well that explains why I didn't buy it yet. I have been looking forward to it, though I think I might have unwishlisted it since it's had no Linux icon for quite a while now.

I hope they release a beta or something in the near feature -- I'll be looking in the news feeds to see when its time to check it out closely.

View PC info
I'm SO eager to play this thing, the demo was awesome. And i'm really dissapointed and almost angry they neglect linux when it ran so darn well in the demo already. But i'm staying strong and wait until they release linux to finally throw money at them...
0 Likes

View PC info
Yeah, no reason to get it in Early Access then. Cool news about co-op for sure though!
0 Likes
While you're here, please consider supporting GamingOnLinux on: