Like a retro-pixel Age of Empires, the RTS game The Fertile Crescent continues getting bigger with two recent updates expanding on what you can do in the game. Set in the Bronze Age Near East, The Fertile Crescent is surprisingly good for a free game with single-player and online multi-player available.

The first is a new Wonder building that enables the Wonder victory mode. It's a big building, one that needs to be built up in multiple stages giving opponents a chance to still beat you. This mode is not forced though and can be disabled. Each time an opponent hits a new stage the game will tell you. 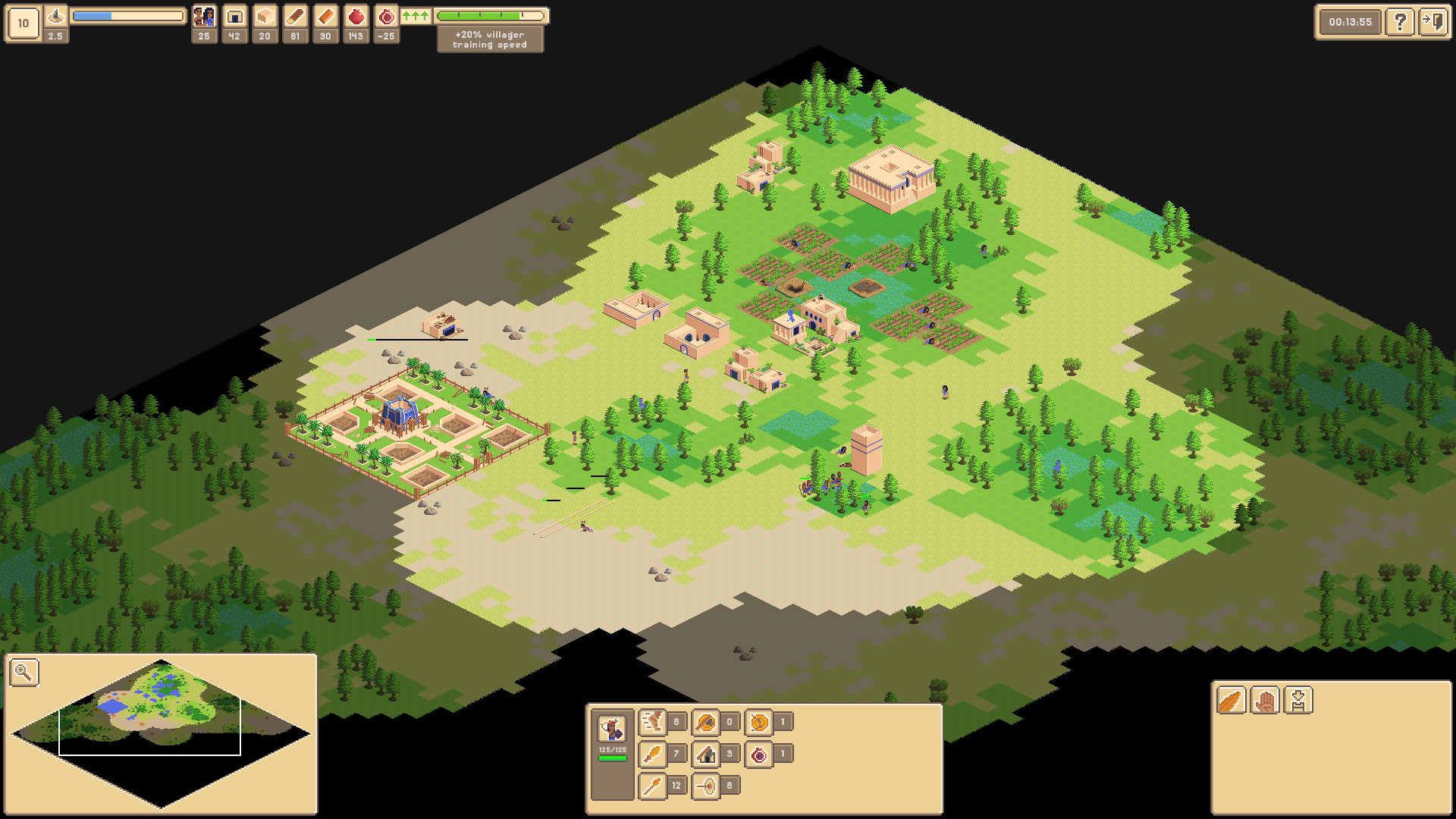 How you research has been changed too. Instead of picking something specific and spending time researching, you will instead accumulate points to spend on things to unlock them. Now you don't have to unlock anything until you realise you need it.

There's also saving and loading support for single-player against the AI, new tunes to listen to, villagers now have a button to go back and gather the last resource they were attached to which is useful if you needed to use them as militia for defence and on top of that there's also a new Market building where you can sell resources.

Other than that plenty of balance changes and bug fixes.

View PC info
Nice! This game has a very solid core gameplay compared to most RTS that comes out these days, but I miss some more complexity. This probably goes a long way.
0 Likes
While you're here, please consider supporting GamingOnLinux on: