Unreal Engine 4.27 is out now from Epic Games with plenty of Linux improvements

Lots of improvements across the whole engine to some major parts, plus they're also now including the Oodle Compression Suite and Bink Video codec built into Unreal Engine since Epic Games now own RAD Game Tools. Plenty of XR improvements for Virtual Reality, Augmented Reality and Mixed Reality with big improvements to their OpenXR plugin like Stereo Layers, Splash Screens, querying Playspace bounds, motion controller visualization and Linux support. Plus loads more. 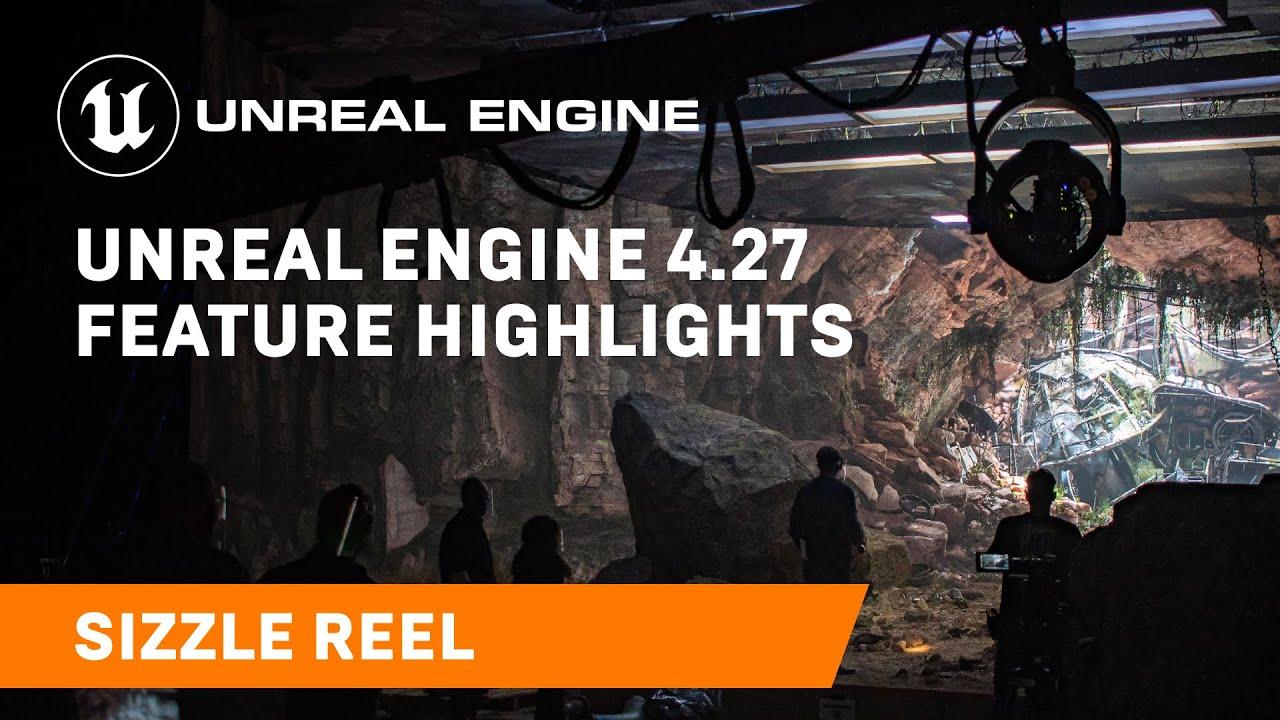 Going over the full changelog here's all the Linux fixes and improvements in this release:

Full changelog can be seen here and see also the release announcement.

jordicoma 21 Aug, 2021
View PC info
"such as ray tracing and Vulkan, are not currently supported."
I'm not english speaker, but here I understand that they not suport vulkan on linux? I thought that it did.
Probably they mean "ray tracing on vulkan".
But well... They should start supporting it, I think it works on nvidia and AMD PRO drivers, and mesa it's on the works.
Hope they enable it on the next version.

And what about unreal engine 5? What it's the linux state there? Hope they are good.
1 Likes, Who?

Quoting: jordicomaAnd what about unreal engine 5? What it's the linux state there? Hope they are good.

It already supports Linux, saw some of their team chatting on Twitter about SDL updates for it too including the possibility of some of their changes going upstream to SDL.
4 Likes, Who?

View PC info
Those who want to help support the Linux version of Unreal may want to look into Yaakuro who works in that area.

Really not sure, but I could imagine that things like Stadia might be a good motivation for UE to improve on the Linux front. May be those above are already a follow up on that.
0 Likes

Quoting: jensReally not sure, but I could imagine that things like Stadia might be a good motivation for UE to improve on the Linux front. May be those above are already a follow up on that.

If the Steam Deck sells with good numbers it might finally sway them to further push !!!
1 Likes, Who?
TheRiddick 21 Aug, 2021

View PC info
It be nice if EGS just had a Linux client and allowed developers to publish Linux versions of their games on said store. That be a good first step really!
3 Likes, Who?

View PC info
Since they own RAD, let them open source all those weird Bink codecs.
1 Likes, Who?
Purple Library Guy 22 Aug, 2021

Quoting: ShmerlSince they own RAD, let them open source all those weird Bink codecs.

They own the Royal Academy of Dance?!
(My daughter is a qualified instructor--she says it's a racket, to maintain the qualification you have to keep doing their courses for $$$. But on the up side, it opens doors--if you have your RAD, you're in demand to teach dance anywhere in the world.)
4 Likes, Who?

Quoting: BielFPsJust reading this article took up 1gb of my disk

I hope you got a combined disc size of at least 1000 articles! ;)
2 Likes, Who?
While you're here, please consider supporting GamingOnLinux on: