A new and improved paid version of an older first-person psychological horror, \SPEK.TAKL\ - Banned Edition, is out now on itch.io and was apparently too much for Valve.

I have to admit, my own curiosity gets piqued whenever Valve decided to outright refuse a game to be on their store, considering how just …outrageous some games are that are accepted onto Steam.

\SPEK.TAKL\ is a a first-person psychological horror game with multiple endings that can be completed in under an hour.

It is a late-night television watching simulator. Sit down on the couch in your new apartment straight out of 1994 and enjoy a cozy evening bingeing cable TV until the sign-off comes around and there's nothing else to watch.

Whatever you do, do not worry about the neighbors; do NOT answer the door; and never EVER watch the VHS tapes that are dropped through your mail slot.

\SPEK.TAKL\ is an intense, intimate and disturbing horror-themed psychosexual exploration on the lengths some of us go to in order to avoid facing the inevitable. 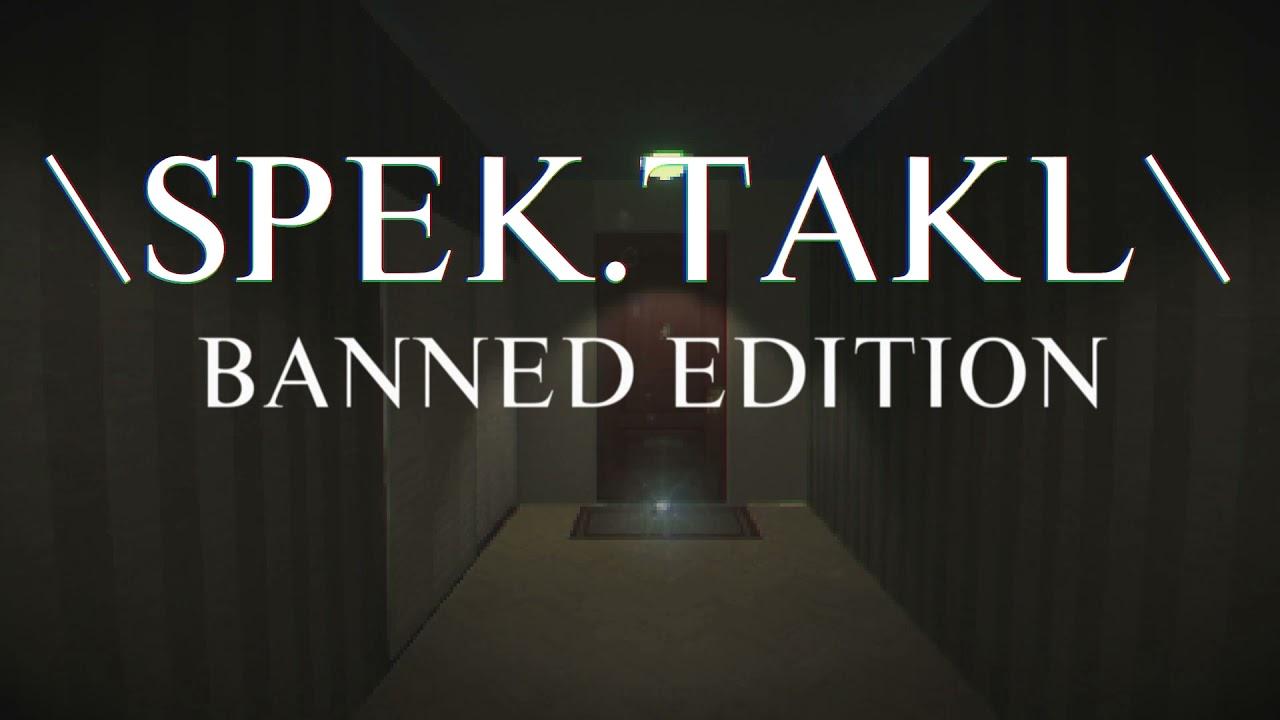 New in the re-release:

You can buy it on itch.io.

View PC info
Lynch and Cronenberg you say? I have just purchased this and hope to be suitably entertained :-)
1 Likes, Who?
Purple Library Guy 23 Aug, 2021

Quoting: robvvLynch and Cronenberg you say? I have just purchased this and hope to be suitably entertained :-)

Mind you, anyone can say Lynch and Cronenberg. Let us know if the reality matches up.
4 Likes, Who?

View PC info
I would have bought this from Itch.io anyway so no worries Valve. I just realized I have Please and Please Follow in my Itch.io library so I may play through them first to see if I like the developer's other games before buying.
0 Likes

Well, I've obtained two endings so far! The imagery is suitably disturbing and I would say the images lean more towards Cronenberg than Lynch (apart from one obvious reference).

The pixellation is heavy enough that I wonder what Valve actually had an issue with. There are a number of items to interact with and the keyboard controls are responsive and familiar enough. The background sound and tv programmes are effective and well-integrated into the atmosphere, too.

Give it a go. It's a steal at that price :-)
1 Likes, Who?
While you're here, please consider supporting GamingOnLinux on: