Zink continues to be a promising Mesa driver for Linux that runs OpenGL on top of Vulkan. It's not finished yet and so continues seeing some big performance fixes.

The latest comes from another blog post by developer Mike Blumenkrantz, who noted from a Phoronix benchmark that performance actually went down recently with Zink instead of up. The game in question was Tesseract, an open-source engine derived from Cube 2: Sauerbraten with more modern rendering features added in.

The problem? Blumenkrantz tested directly and showed a screenshot of it running at only 11FPS with Zink. Clearly not good, especially when a normal OpenGL driver could run it at many 100s of FPS. The root of the issue appeared to be how Tesseract "uses 3-component vertex attributes that aren’t supported by AMD hardware" and so it ends up using a Gallium component called vbuf to translate it to what AMD does support and the result is a performance bomb. Thankfully it's fixed, and now performance is clearly much better with it hitting over 600FPS: 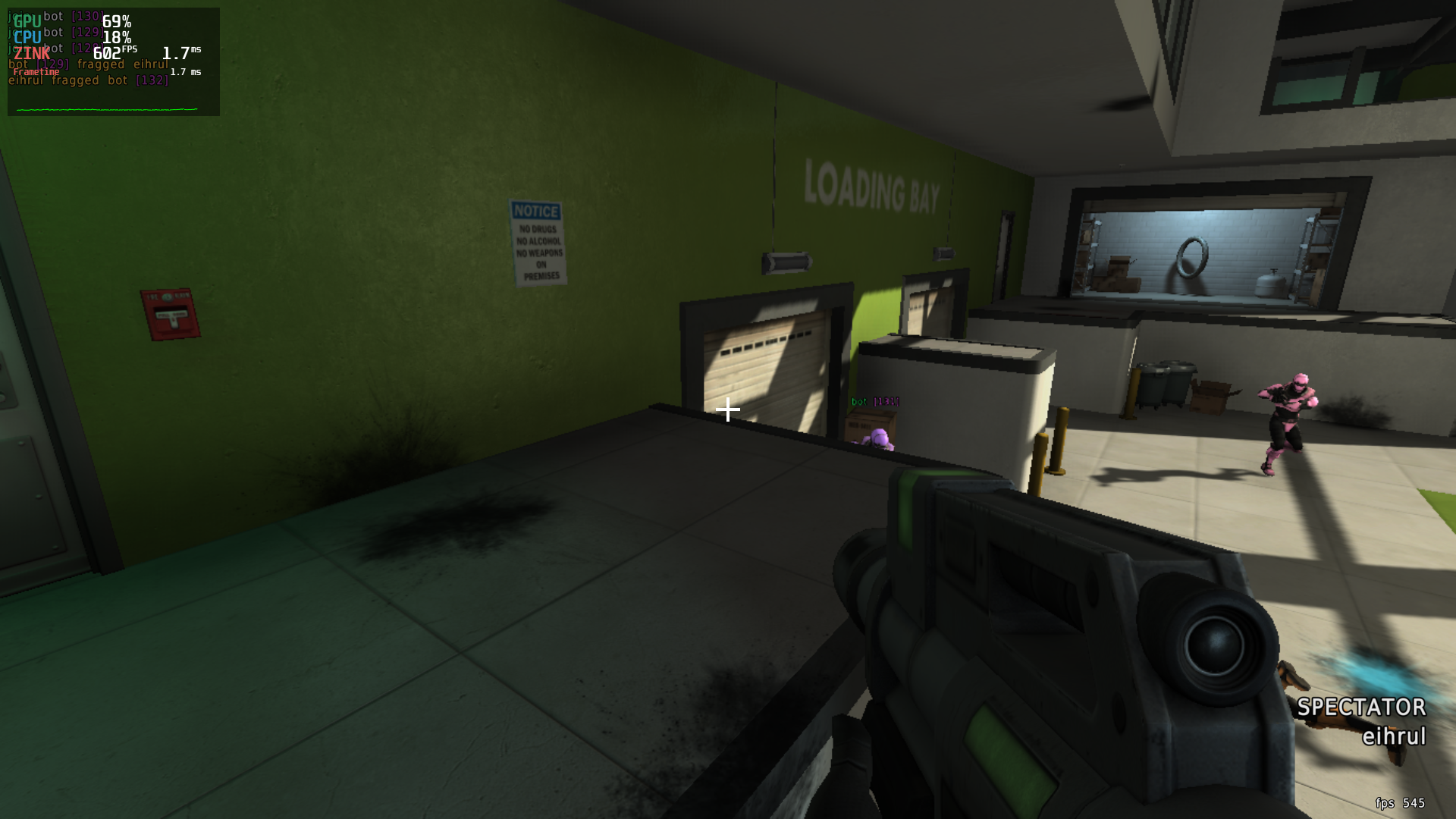 While this might only be one game. There's no doubt others out there that do similar things considering just how many games exist and so it will likely have helped performance with other games too.

QuoteThe latest comes from another blog post by developer Mike Blumenkrantz, who noted from a Phoronix benchmark that performance actually went down recently with Zink instead of up.

With this kind of behavior we can see Blumenkrantz is really passionate for this project (Zink), that's why we are seeing so much progress in a short time.

Linux has a lot to win with developers like him

View PC info
Looking at the screenshot, it seems the Tesseract benchmark is capping the rendering resolution at 1920×1080 or so. Besides, it could also use higher-end settings to be a more relevant stress test for modern GPUs. This is likely an issue within the Phoronix Test Suite benchmark, but I feel like it should be fixed eventually (although this will invalidate existing scores).

View PC info
Does this developer accept donations ? I couldn't see any place to give them money but find this project worth it.
2 Likes, Who?
x_wing 31 Aug, 2021

Quoting: PublicNuisanceDoes this developer accept donations ? I couldn't see any place to give them money but find this project worth it.

Valve takes care of that. We may be able to indirectly donate when buying Steam stuff though.

Anyway, seems that Zink is done: https://www.supergoodcode.com/im-done/
3 Likes, Who?

Fredrik 31 Aug, 2021
View PC info
If I understand it right, its only for AMD, so useless for the majority of Linux gamers since most run nvidia.
0 Likes

I will never understand why there is so much bias regarding Mesa.

I suggest you to take a look on the statistics: https://www.gamingonlinux.com/users/statistics

And research a little bit more about this project: https://www.phoronix.com/scan.php?page=news_item&px=Zink-Working-On-NVIDIA-Linux


Last edited by x_wing on 31 August 2021 at 10:22 pm UTC
6 Likes, Who?
Buhe22 1 Sep, 2021
I wonder if something like Zink could be added to Wine. I think they already have a DirectX to OpenGL function if that's something that can work.
0 Likes
While you're here, please consider supporting GamingOnLinux on: