Surviving Mars: Below & Beyond will have you dig below the surface and on asteroids

Releasing on September 7, Surviving Mars: Below & Beyond is the brand new expansion for the Martian city-builder from Paradox Interactive and newer developer Abstraction (who took over from Haemimont Games).

Giving the relaxed building sim some much needed expansion into other areas, Below & Beyond enhances colony management by going below the surface and beyond the horizon to build underground bases, mine asteroids, and gather rare resources.

"When we started planning out what was next for Surviving Mars, we really wanted to dive deep into the parts of the Red Planet we had not already explored. We know we had to come out swinging and Surviving Mars: Below & Beyond expands gameplay in a meaningful way," says Magnus Lysell, Product Manager for Surviving Mars at Paradox Interactive. "The possibilities are endless and we’re eager to continue exploring the Red Planet with our players." 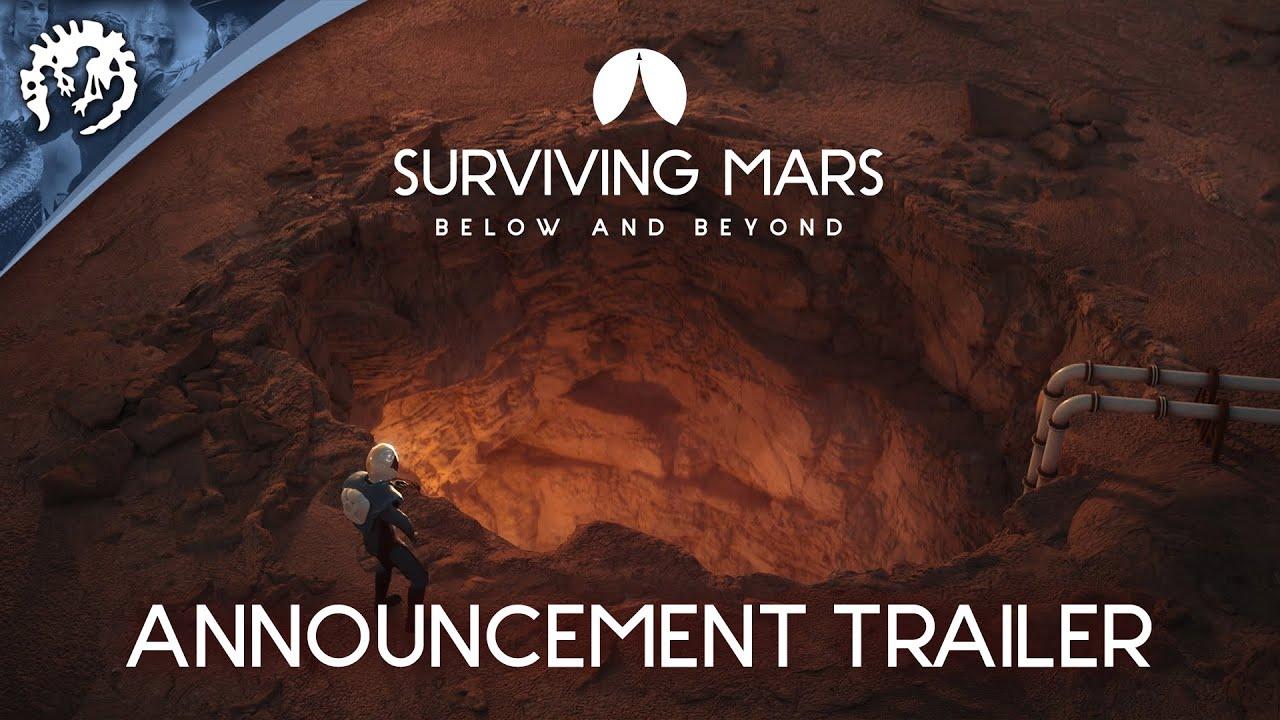 At the same time the game will also be getting a new Radio Pack much like Paradox do with Cities: Skylines. The Mars Lifestyle Radio Pack including sixteen original tracks for an extra 70 minutes of chilled space tunes as an extra DLC.

Have to say - I'm real excited for this one. Despite some shortcomings and initial frustrations, Surviving Mars has turned out to be one of the better city-builders of modern times, especially when you add the greenery expansion. We're going to have to take a good look at it after release.

View PC info
Damn, I haven't finished the playthrough with Green Planet enabled even yet

Quoting: AnzaDamn, I haven't finished the playthrough with Green Planet enabled even yet

I consider finishing the Green Planet DLC to be basically the "end" of a run. It's a natural finishing point, since by then I've finished with the challenge and built what bases I want to. Pity getting the vegetation in place is such a grind though. Hopefully they'll overhaul that at some point.
0 Likes

Quoting: UnixOutlawI wish the game had "evil genius" mode where I get to gas or space them all for being disobedient :D

Ship them to a specific dome. Cut off the oxygen. Done!

Quoting: UnixOutlawLoved this game - except for the "let's get some humans here..." bit... I could colony build forever...

Or if you're interested in mods, there's a cool one that adds a starting profile that lets you build bio-robots from the beginning of the game without needing humans. I played a game where every colonist was an immortal bio-robot and the only humans on Mars were tourists coming to the tourism resort I set up.

Quoting: NezchanPity getting the vegetation in place is such a grind though. Hopefully they'll overhaul that at some point.

Yeah, the other three parameters work out pretty well, but despite being the first thing I start vegetation is always the last I finish, by, like, at least twice as long as any of the others. It's just bizarre how badly balanced it is. I use a few mods to speed it up, because the default is just ridiculous.
1 Likes, Who?

View PC info
This could be good, if it's done well. Z-level mechanics can really make a game shine. Take Dwarf Fortress for example -- it was a good game when you could interact with only one z-level, but adding the ability to dig down to the magma sea (and, uh, beyond) really opened up the possibilities. Here's hoping it's done like that, and not say modern XCOM base-building mechanics.


Last edited by WorMzy on 1 September 2021 at 10:39 am UTC
1 Likes, Who?
While you're here, please consider supporting GamingOnLinux on: