After being in Beta since the end of July, Valve has now released a big update to the stable version of the Steam client for everyone which has the new Downloads Page & Storage Management.

The new Downloads Page is actually a big improvement overall. Allowing you to drag and drop games around in the list. It now also correctly shows the total progression based on the downloading and disk allocation. You will also see a new (i) icon you can hover over on some updates which shows different types of content included and plenty more tweaks as you can see in the below shot: 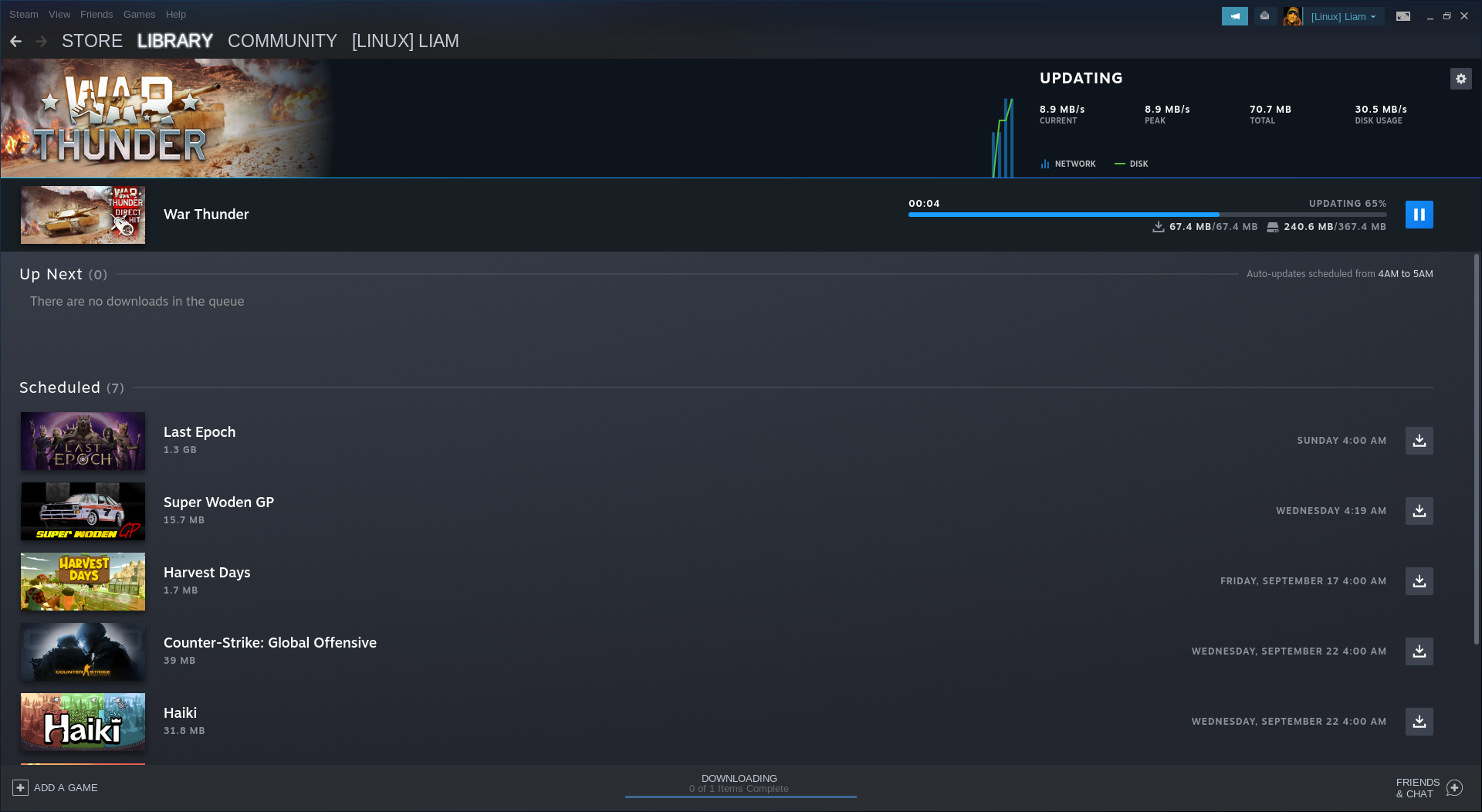 Another big one is the overhaul of the Steam library folder management with the new Storage Manager. Instead of a plain list it now gives you easy access to each folder you have set up. From there you can repair folders, make them default, see when you last played each game and how much space they take up and more. It's another big improvements for the Steam client overall. 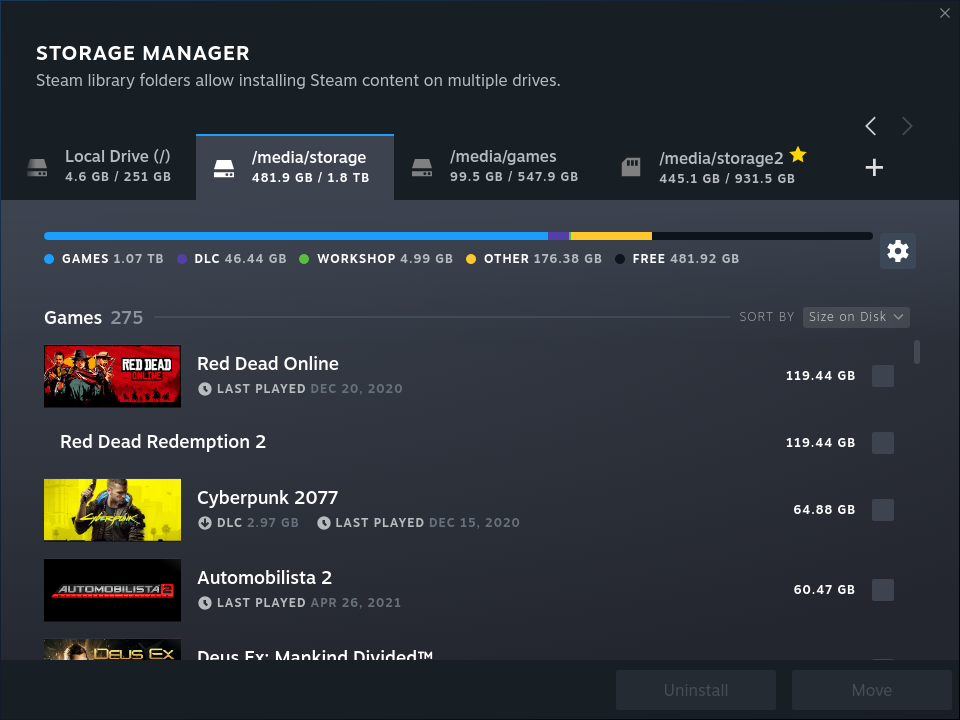 For Linux specifically there's these changes:

We do often include affiliate links to earn us some pennies. We are currently affiliated with GOG and Humble Store. See more here.
About the author - Liam Dawe
I am the owner of GamingOnLinux. After discovering Linux back in the days of Mandrake in 2003, I constantly came back to check on the progress of Linux until Ubuntu appeared on the scene and it helped me to really love it. You can reach me easily by emailing GamingOnLinux directly.
See more from me
Some you may have missed, popular articles from the last month:
39 comments
Page: 1/4»

View PC info
Still taking ages to start the client. Wish they would at least add a a banner or something to indicate the client is loading.
5 Likes, Who?

View PC info
This storage manager thing looks like it was created with the Steam Deck in mind.
6 Likes, Who?

Still wonder why this is the case for some and for some others not...
1 Likes, Who?

What's the size of your "localconfig.vdf" file inside "~/steam/userdata/youridnumber/config/" directory?
0 Likes

View PC info
Does this update also fix the freetype2 incompatibility that broke web view windows on Arch?
1 Likes, Who?

View PC info
I wonder if it'll stop asking me to re-login after my computer comes out of sleep mode (but only sometimes) even though it's supposed to keep me logged in.
0 Likes

What's the size of your "localconfig.vdf" file inside "~/steam/userdata/youridnumber/config/" directory?

Pffft, people always wanting to know what others are doing! Creepy, man...

1 Likes, Who?
1/4»
While you're here, please consider supporting GamingOnLinux on: