Developer Mike Blumenkrantz has continued hacking away on the Zink driver, that provides OpenGL over Vulkan to ensure it works with even more games. This work is despite Blumenkrantz's previous blog post mentioning "Zink is done", clearly not quite.

Thanks to benchmarks provided by Phoronix, Blumenkrantz was able to see multiple titles that either didn't run or had incorrect rendering and so moved to improve things further. Previously Metro: Last Light didn't work at all with Zink but a fresh image of brand new code shows a rather different story indeed: 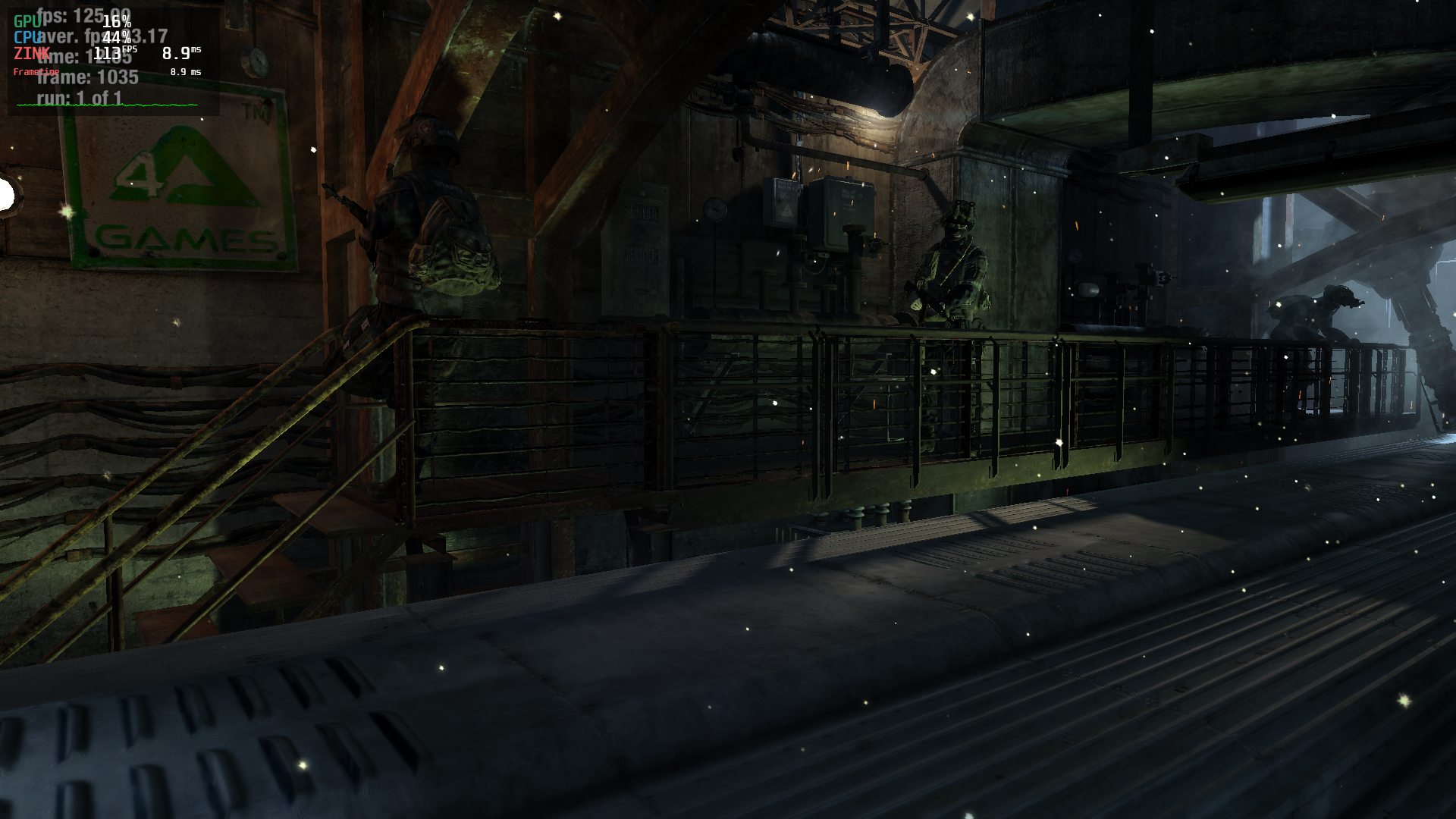 Another one is Warhammer 40,000: Dawn of War III, the Linux port from Feral Interactive relied on ARB_bindless_texture for the OpenGL version (it also has a Vulkan port). Something not supported by many drivers and not many games end up ever using it to which Blumenkrantz mentioned "This game requires ARB_bindless_texture just to run? Is this a joke? Even fucking DOOM 2016, the final boss of OpenGL, doesn’t require bindless textures.". Thankfully, it's now also hooked up for Zink and the results speak clearly: 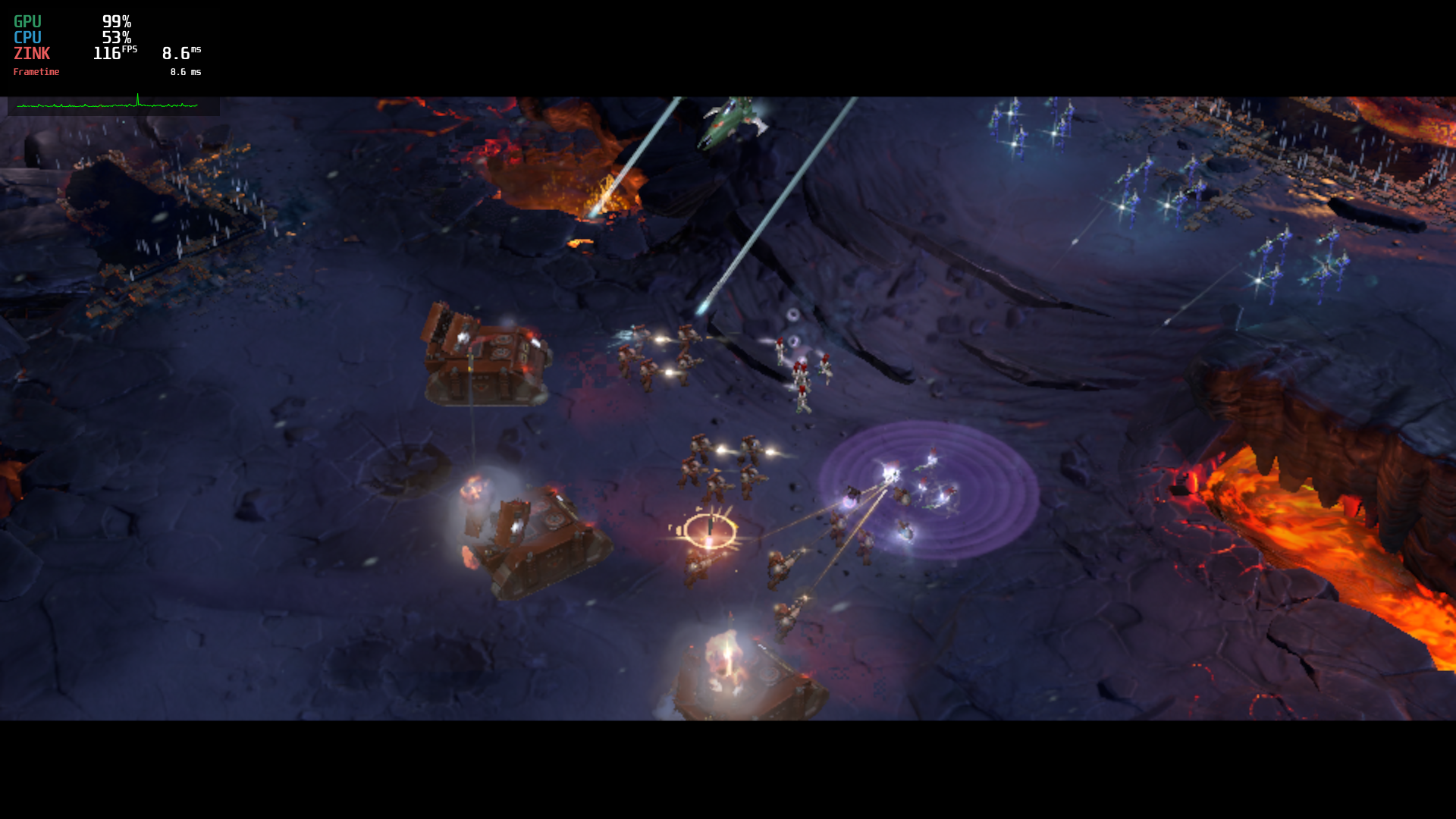 Seems more work is needed though with the HITMAN port (another from Feral Interactive) still showing incorrect rendering, plus really low performance in Basemark: High Settings and it seems Bioshock Infinite also isn't yet working.

View PC info
According to this post from February, it does work on Nvidia, but was very slow:

QuoteHere’s the caveat for all of the above: at present, zink on NV is unusably slow. The primary reason for this is that every frame that gets displayed has to be copied multiple times

I'm not sure if the WSI support, which was mentioned as a potential performance improvement, have since landed?
1 Likes, Who?

AFAIK it works on nvidia too.

Grogan 15 Sep, 2021
View PC info
I'm not sure why Nvidia users would want to use Zink, when the proprietary Nvidia driver ships with a good OpenGL implementation. (unless someone is talking about nouveau)

Perhaps of interest to have it working, but I can't see it being a practical improvement.
1 Likes, Who?
TheRiddick 15 Sep, 2021

View PC info
AMDGPU's generally have a good OpenGL implementation now also. Thought I haven't testing much OGL games recently and I do have a 6800XT atm so its kind of expected to perform well.
0 Likes

Grogan 15 Sep, 2021
View PC info
Yes, I probably agree. I don't use a lot of OpenGL games anymore (and the ones I have are older) but with amdgpu and mesa (Polaris10) I have been happy. This certainly wasn't always the case with AMD (on Linux/fglrx or Windows for that matter).
0 Likes

View PC info
This is important work. Perhaps in the future, Zink will translate all OpenGL to Vulkan and no one will spend time maintaining an OpenGL driver.
1 Likes, Who?
While you're here, please consider supporting GamingOnLinux on: