Heroic Games Launcher has a fresh update released and it comes with some mighty fine new features, all in the name of making your Epic Store library easier to manage on Linux. All still unofficial of course, since the store doesn't support Linux directly.

With HGL version 1.10.1 it can now install parts of games that offer a selective download, you can run games using an "alternative" executable, available DLC will be listed along with a toggle to bring them all or not and you can actually check the download / install size before installing games now. 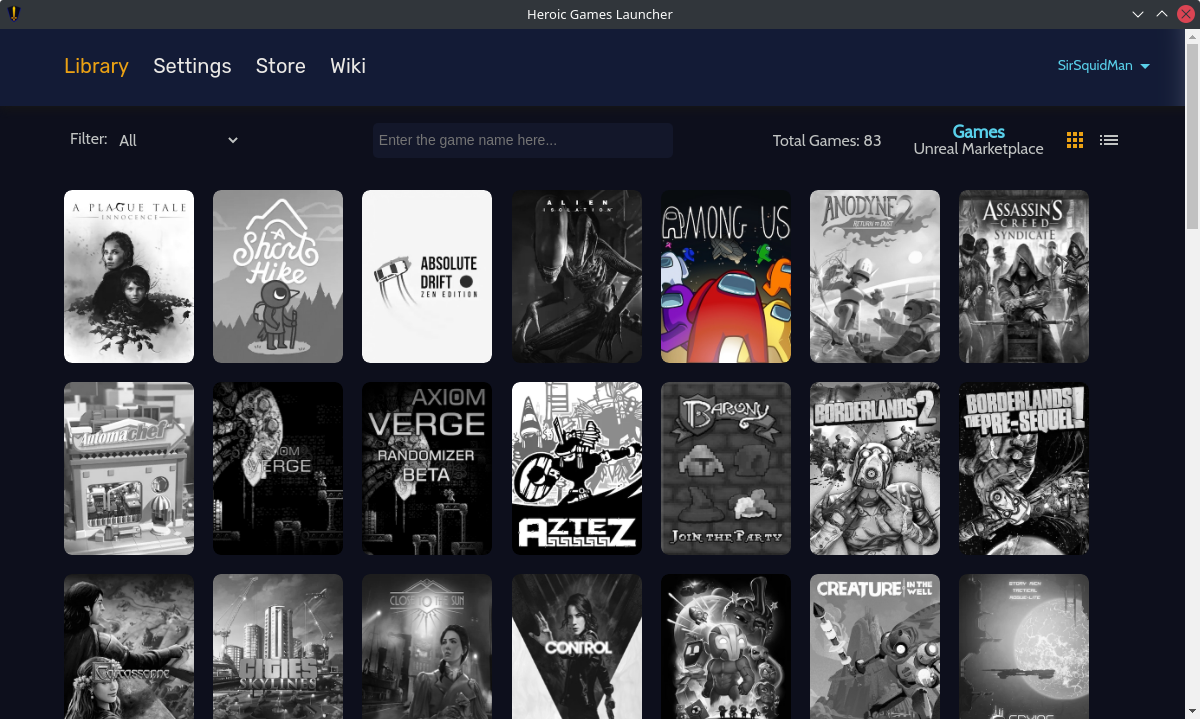 For Linux (and macOS) the launcher can now use Wine bottles made with CodeWeavers' CrossOver, there's a new option to enable / disable Esync/Fsync along with various tech upgrades behind the scenes and a good few bug fixes too.

Hopefully one day Epic will decide to actually bring their store to Linux, until then Heroic seems to do the job quite nicely. Since the store doesn't support Linux though, all will use either Wine or Proton so the usual caveats apply there with it not being supported by the developer.

Check it out on GitHub.

View PC info
lies, that waifu game i can't launch because of that "space issue" which i don't have.... i wanna play Waifu Impacto !!!!
1 Likes, Who?

Quoting: GuestUh what? If you mean Genshin Impact you can play it on linux just fine.

Not legitimately you can't. There has been workarounds which I won't link, which messed with the anti-cheat. It's not currently possible to play Genshin Impact on Linux.
1 Likes, Who?

Liam Dawe 11 Oct, 2021
View PC info
Working around anti-cheat is absolutely not something we're okay with. Don't advertise it.
0 Likes

Quoting: Liam DaweWorking around anti-cheat is absolutely not something we're okay with. Don't advertise it.

I'm not advertising it, or do you see an actual link to the workaround?

You must know what I mean. You're saying it works "just fine". What I am asking is not to advocate for such a game, when in fact it does not, as you have to work around their anti-cheat. This is not something we want here. It gives the wrong impression, and much like what happened with Destiny 2 can lead users to get banned. Say it as it is: no, you can't legitimately play it on Linux.
8 Likes, Who?

Quoting: Liam DaweSay it as it is: no, you can't legitimately play it on Linux.

This isn't wrong, but for people who doesn't care about "legitimately play" something on Linux, what matters is that they can't. With workarounds, that might not be available all the time, but if the question is just "Can I play it, yes or no?" then, yeah.

For me personally, it's just a question of how much I want to play a game and how much of a pain in the ass is it. Genshin is kinda annoying to set up, I don't really care about it, and I have objection towards what several of their policies, so I don't. OTOH I've pretty much streamlined the process of playing the visual novels I pirate because I want to play them and I don't care about getting those outside of Steam and MangaGamer legitimately.
0 Likes

any idea why with Genshin Impact i have the "space issue" and when i try to select another folder it gives me an error ? (sorry to bother you with this problem)
0 Likes

I love that we're all here armchairing HGL launches, and you're here giving serious answers to the questions. I salute you.