AMD has released a video featuring Robert Hallock their director of technical marketing and John Taylor their chief marketing officer to celebrate 5 years of Ryzen with new info. Plenty of it is a chilled-out chat about first introducing Ryzen but we do also get a glimpse of what's to come in the near future.

What we can expect is a refresh, with them talking about how others are going for a mixed-core approach (hi Intel) but AMD are doing it differently right now. Rather than go with designs that might be harder to implement in software, they're sticking to their "Zen philosophy" focusing on their existing cores. Hallock goes on to mention how they're at the end of socket AM4's life, so in 2022 there will be a new platform with support for DDR5, PCI-e Gen 5 but with coolers from the AM4 socket still supported.

However, new Zen 3 CPUs are coming out in early 2022 for the AM4 socket which will include processors using their 3D chiplet technology named 3D V-Cache which Hallock mentioned "an average 15% performance bump for games". Zen 4 will also be later in 2022, with it using the new socket platform.

See the video below: 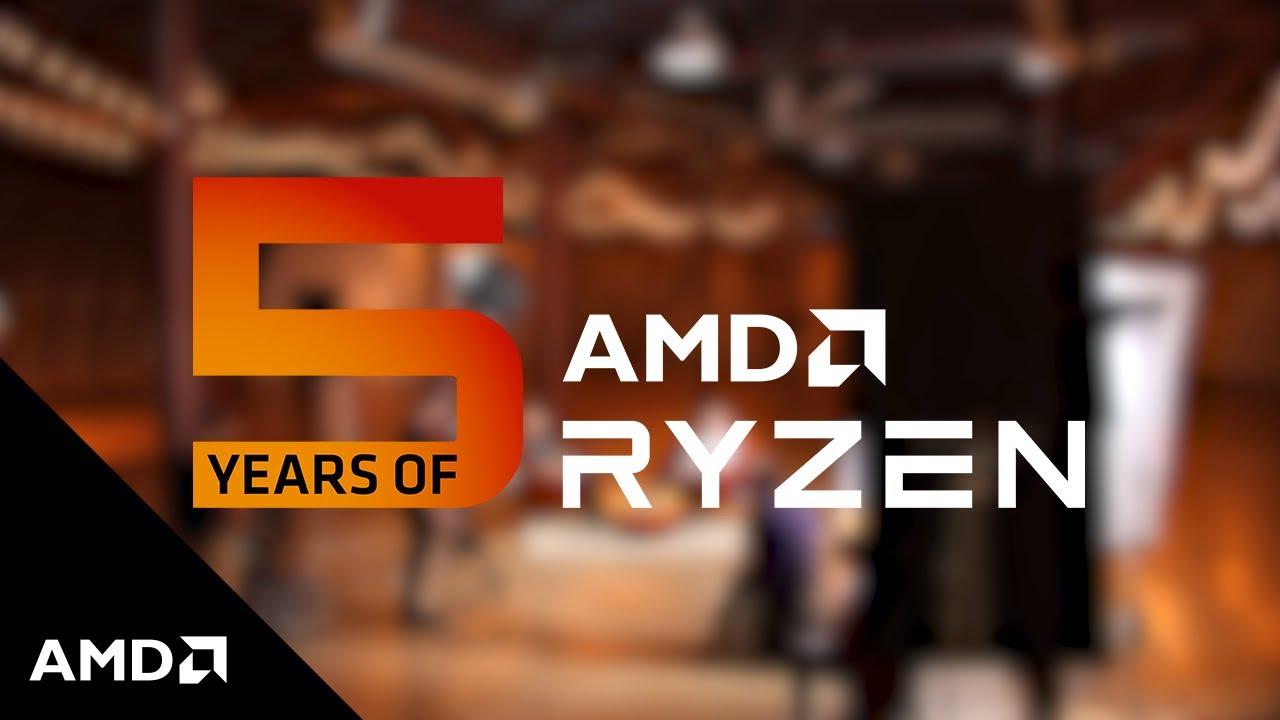 I was planing on upgrading some of my hardware (cpu, gfx, ram) later this year, as the last upgrade on the AM4 platform. But I think I'll stick with what I have until spring 2022, and that will then be my last upgrade on AM4. Save up some extra “c.r.e.a.m” and go for the top/high-end stuff instead of the mid/high-end I usually do, as a way of making it last as long as possible before the next upgrade.

Quoting: mrazsterReally loving the “roll” AMD is on, atm !

I was planing on upgrading some of my hardware (cpu, gfx, ram) later this year, as the last upgrade on the AM4 platform. But I think I'll stick with what I have until spring 2022, and that will then be my last upgrade on AM4. Save up some extra “c.r.e.a.m” and go for the top/high-end stuff instead of the mid/high-end I usually do, as a way of making it last as long as possible before the next upgrade.

View PC info
I was going to buy a 5700G because I can't be certain that the GTX106 that I am using will not die before I can afford to replace it, but then a friend ungraded his 5600XT and sold it to me. Was then planning on a 5900X to replace the 2600 I am running, BUT I want to upgrade to a 43in 4K Asus monitor for better video editing, and this might just be worth waiting for.
0 Likes

In fact, we should start a movement to stop buying 16:9. They suck for everything except movie watching.

By 2022 there should be more fabs operating so supply should actually start to improve for real then.
2 Likes, Who?

Well, that's a given !
But yeah, these days you can't be sure. I guess we'll just have to wait and see what happens.
0 Likes
While you're here, please consider supporting GamingOnLinux on: