Swarming RTS Age of Darkness: Final Stand is in Early Access and works great on Linux

Age of Darkness: Final Stand is like a fantasy version of They Are Billions, and compared with the latter it runs great on Linux thanks to Steam Play Proton. No native Linux version here but honestly it runs so well you can't tell the difference, it's click and play thanks to Proton and as such a massive fan of real-time strategy games I couldn't resist playing this one myself. Note: key provided by Team17.

The world in Age of Darkness is one of constant fear. Darkness brings out Nightmares, strange hellish creatures with a taste for flesh and destruction. It's a constant battle of preparation. Right now it only has a survival mode, which sees you build up a village as you attempt to survive each night. All the traditional elements of a base-building RTS are here with population management, resource gathering, army building and more. A game very much for those of you who like "turtling", where you focus on building up a heavy defence. Survival. That's the pure aim of the game right now. With your selected hero (there's only one currently) and a band of brave warriors you will expand you base during the day with towers of light, then as night falls it becomes a frantic experience that sees you eventually swarmed by masses of nightmare enemies. It does start off nice and slow though, giving you a bit of breathing room to get to grips with it. That's needed too, since there's not really a tutorial. You get a few little tips here and there as you construct new buildings but it assumes you already know how to play a classic RTS. 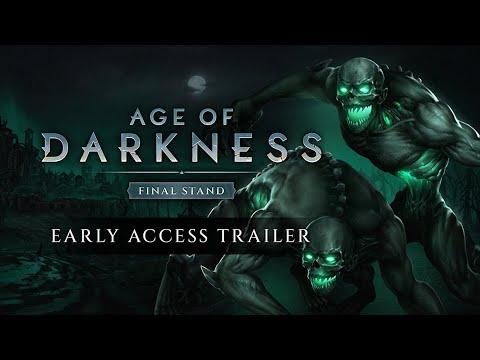 Every few nights you see a Death Night, which is where a wave of nightmares will sniff you out and come knocking at your gates. Think you're ready? Yeah, don't count on it. When they come they bring a lot of friends with them and during these events you get far less room to move around too, as you're blocked off by this shroud of darkness which will horrify units that step inside it. The key is not only to have an army ready, but to ensure you have enough space from your expansion to be able to move it around too. Age of Darkness: Final Stand needs you to focus on quite a lot of things even very early in the survival mode.

Once you do manage to survive though, you're then able to choose a Blessing which gives you some kind of buff. 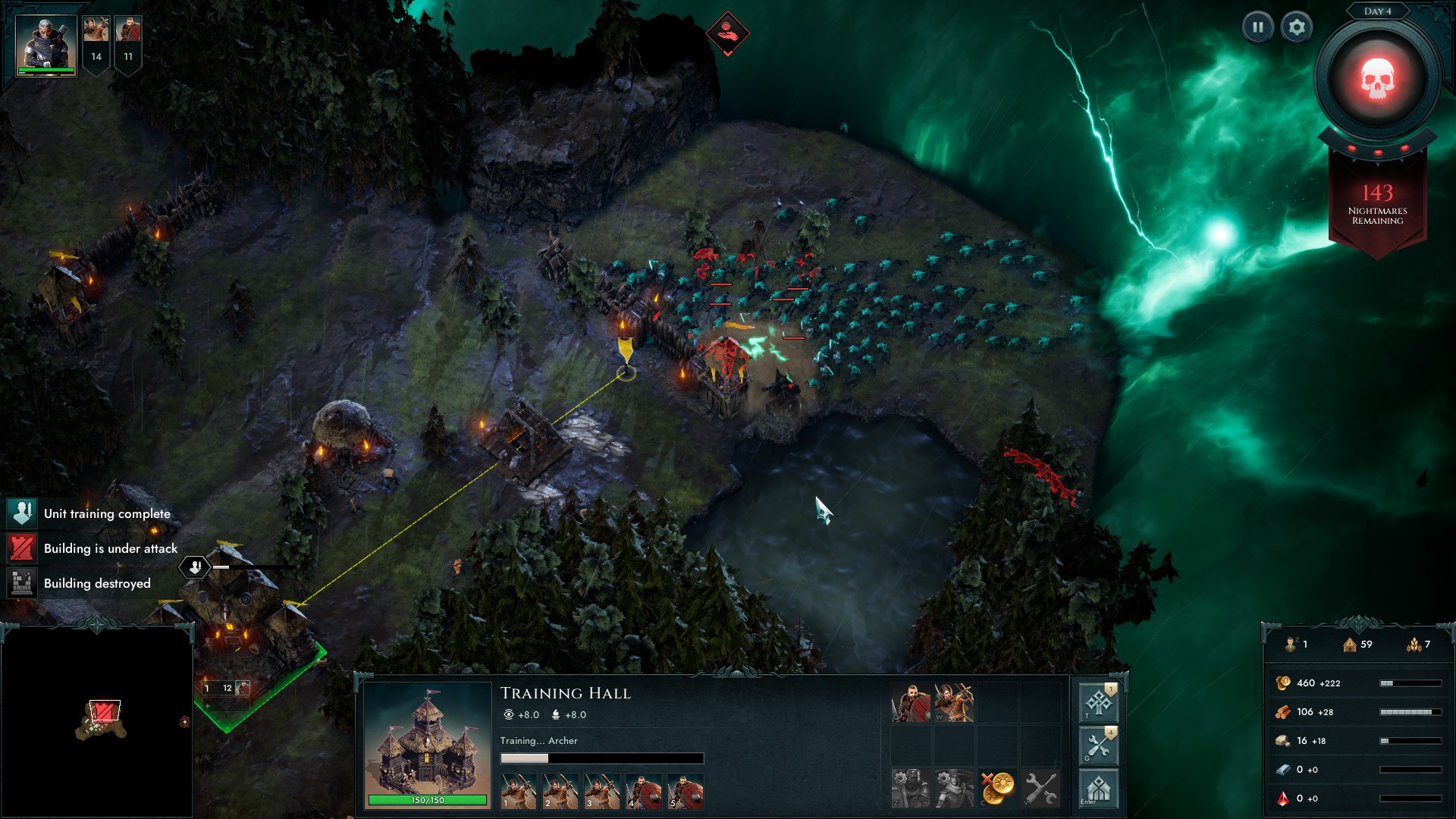 The game does give you a few difficulty options to change the experience split across Easy / Normal / Veteran and two that are currently locked behind completing it on the previous difficult. On Veteran, you only get 5 saves (Easy / Normal are unlimited) too and it's just much more difficult. For me, Normal seemed like the right balance because it is genuinely tough the first few times before you get the balance of economy and army building.

Performance seems pretty great too. With it on max details it's really smooth. A noticeable bit of stutter when it auto-saves but apart from that there's no problems there at all.

Happily one game I'm going to keep going back to for another attempt. With it being in Early Access there's a lot of room for it to grow too. Going by their roadmap they have some great plans for it including new heroes, new buildings, new enemies, multiplayer and a story campaign mode too. I'm looking forward to seeing all of that.

A fantastic start to what could end up being one of the best swarm strategy games around.

You can buy Age of Darkness: Final Stand on Humble Store and Steam.

View PC info
Definitely one of those I'm looking forward to.
2 Likes, Who?

View PC info
So this is Game of Throne's last season's Battle for Winterfell as an RTS... Love it. Great idea. No 4X's, just survive the night. I'll almost certainly pick this up...
1 Likes, Who?

Phlebiac 19 Oct, 2021
View PC info
So if Team17 is providing you with keys, does that mean they are proactively supporting Proton? Or did you reach out to them?
2 Likes, Who?

Quoting: PhlebiacSo if Team17 is providing you with keys, does that mean they are proactively supporting Proton? Or did you reach out to them?

We work with many marketing/PR teams, and often they randomly offer keys and this was one such case. We would love to review more games but the issue is as always: larger teams tend to ignore us.
1 Likes, Who?
ElamanOpiskelija 19 Oct, 2021

View PC info
I have very serious doubts on this one. I have been looking into this game because it seems right my alley.
The playthrough videos aren't looking very good, and there's not many people reviewing which play on Proton (for which I am grateful for this review). But it's hard to decide on a purchase when it's early access plus playing the "Proton lottery" wondering "would it work on my system too".
0 Likes

Quoting: ElamanOpiskelijaBut it's hard to decide on a purchase when it's early access plus playing the "Proton lottery" wondering "would it work on my system too".

You can always get it, test it and refund it if it doesn't work.

Did that a few times with games that had few ProtonDB reports.
0 Likes
While you're here, please consider supporting GamingOnLinux on: