Paradox has announced that Europa Universalis IV: Origins an "Immersion Pack" now has a release date of November 11 and they've detailed what to expect from it. Not only that, players will see a "major" free update too.

The idea behind this smaller expansion is to provide more flexibility and variety for some of Africa’s most powerful and interesting nations. Here's what's included in the DLC: 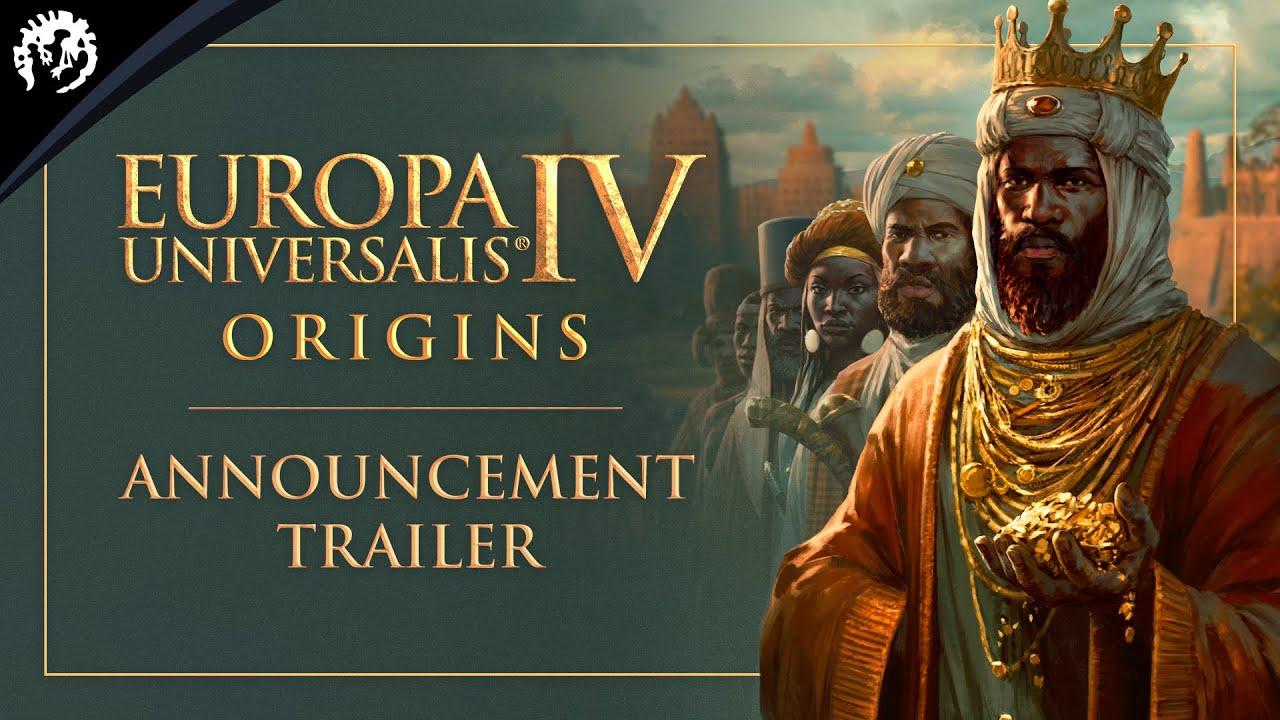 You can buy Europa Universalis IV from Humble Store and Steam.

MisterPaytwick 20 Oct
View PC info
10€ for it is still pretty expensive, despite the long term support this game had (Which a lot can be said about, like that desync bug when playing across different OS, who needed 5 years to be fixed...)

But Kongo and Ethiopia are way too cool to simply dismiss some content for those countries (currently those missions are dry to put it mildly).

So it's kind of hard to be decided for me about it.
1 Likes, Who?

View PC info
I see that Paradox is really starting to put some love on "minor" nations through its games. CK3 greatly improved non European countries look and feel, and playability. HOI4 too (although there were some major bugs on the last DLC), and now EU4 had a few updates focusing on non European countries. It's gonna be fun now that the rest of the world isn't just placeholder waiting to be conquered :D
1 Likes, Who?

View PC info
Given that only two of the plethora of DLCs that Paradox have released for EUIV have at least mostly positive reviews on Steam, I'm not getting excited just yet

Quoting: dxmnGiven that only two of the plethora of DLCs that Paradox have released for EUIV have at least mostly positive reviews on Steam, I'm not getting excited just yet

I would be a bit cautious simply going by the summary on any title but especially Paradox's DLCs. There have been periods of people protesting the DLC and pricing policy by putting up a negative review. If you look at e.g. Dharma you can see that there are several negative reviews that only boil down to "$20 is too much! Greed, I say!".

I would not dismiss those arguments as they are fair critique with regards to the pricing, but they don't really reflect on whether or not the DLC itself is actually good or not. Unfortunately it can be quite difficult to find the genuine criticism for the DLCs as it is usually buried in the Paradox forums.

There have been some really rough spots especially with the last two which had poor launches, and Leviathan in particular had a disastrous launch which has yet to be fixed. Fixing it turned out to be hard so hot-fixing one thing broke another which had to be hot-fixed etc. They wisely stopped and put their focus on taking their time to release what will be the November 11 patch. (Hopefully to much rejoice.)

Quality has taken a bad turn now and then, and I've certainly had my fair share of criticism with parts of a DLC, but the overall picture is not as bad as the reviews would have potential new-comers believe.

For instance some people will throw a lot of nasty words at certain DLC because they change a function or dynamic that in turn made it more difficult to speed run a world conquest using the same strategy as before. You can still do them, you just have to change your strategy. As for why that changed it is generally for multiplayer balance and to make non world conquest runs more interesting. World conquest is a minority playstyle but with some very vocal individuals unfortunately.
4 Likes, Who?
While you're here, please consider supporting GamingOnLinux on: