Set out much like a visual novel, Sacred Fire is a new narrative focused RPG that's entered Early Access and it comes with native Linux support right away.

Have to admit, I absolutely love the style in this one, it's not really like any other visual novel adventure I've seen before. It's not a genre I usually like either (rare occasions being something like Werewolf: The Apocalypse — Heart of the Forest) but this looks too good to pass up. Check out the trailer: 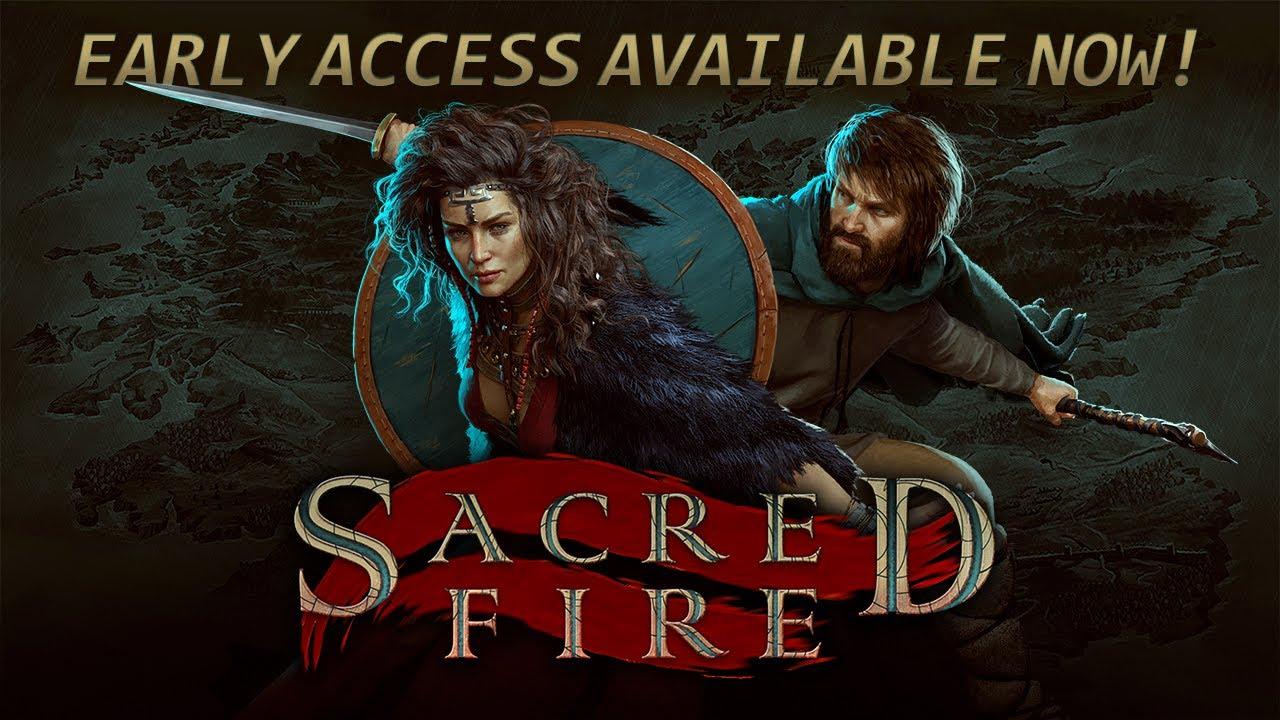 With it now available the first three acts have been implemented, with the other two coming later in the coming months on top of all the usual improvements to expect from an Early Access title. It's currently also only in English, with localizations planned once the story is actually finished.

Speaking about the release, here's what lead designer Andrej Vojtas had to say about it:

My personal journey with Sacred Fire has been life-changing to say the least. Reaching Early Access and delivering a game that I'm proud of into one of the most established genres in the industry is thrilling and scary and humbling.

We funded Sacred Fire through Kickstarter back in 2017, and ever since I've been amazed by the support we've received; both from RPG fans who want to help build something new, and industry veterans who feel the same. I've met so many talented and passionate people who are as excited as I am, who share my vision of a new and sophisticated narrative experience, and who've joined me to reach this seemingly impossible milestone.

I view Sacred Fire as the first ‘story crawler’ of it's kind, driven by an "emotion-solver", able to interpret dramatic situations. A tactical narrative role-playing game where the emotions of characters influence your probability of success, and internal, inter-personal conflicts are as important as external, physical ones.

We do often include affiliate links to earn us some pennies. We are currently affiliated with GOG and Humble Store. See more here.
About the author - Liam Dawe
I am the owner of GamingOnLinux. After discovering Linux back in the days of Mandrake in 2003, I constantly came back to check on the progress of Linux until Ubuntu appeared on the scene and it helped me to really love it. You can reach me easily by emailing GamingOnLinux directly.
See more from me
Some you may have missed, popular articles from the last month:
8 comments
Purple Library Guy 20 Oct, 2021
This seems interesting, but I definitely want to hear a bit from people who try it about how the innovative ideas work out in practice, before I go for it.
1 Likes, Who?

View PC info
I tried the demo and can say that I like it enough to buy it once early access ends but it isn't without faults. I always find visual novels that use Unity over Ren'Py to be clunky and this was no exception. One thing that will make or break this game is it has a lot going on. That is both it's strength and it's weakness. There were tons of things to take into accounts from stats; character flaws and strengths; relationships; etc. There were a ton of tips in game but I feel they could have been summed up better, when you get 13 pages of tips about one area of gameplay then it is either too complicated or badly explained. One thing that I will say that I both enjoy and loathe is that you will not always be able to play the game the way you want. You will be unable to get past areas by certain methods unless you have built your character for that method and you may have to do things you dislike because of it. No character design will be perfect and I love it and hate it.

Quoting: Purple Library GuyThis seems interesting, but I definitely want to hear a bit from people who try it about how the innovative ideas work out in practice, before I go for it.

There is a free demo if you wanted to try before buying.

View PC info
I'm not keen on the look of this. The characters look like characters from the mountain of sex games that are on Steam. Well, I'm assuming they're sex games, there's always a lot of cleavage so I make that leap in logic. All those games have characters that look very similar where everything is kind of a bit too smooth and everyone sort of looks like they're made out of latex. I wonder if they're all made in the same modeling program or it's a preset or something that makes them all look the same.
1 Likes, Who?

View PC info
Checking their original Kickstarter might give some more info.
0 Likes

View PC info
I gave the demo a try (with Proton) - The main game is native Linux (but the demo isn't). It reminds me of regular tabletop Role Playing Games with a (human) dungeon master leading you through the story, letting you know the various options and then you choose what you want to do and roll dice based on your decisions and your character's skill-set.

The art style is decent. The narrative is decent. I did like the game but wasn't blown away by it. I think the thing that tended to irk me (compared with human vs human RPGs): Your choices are relatively limited, there is more complexity involved (lots of things to keep a tab on), and the game seems to be checkpoint-based so when you "die" it isn't permanent, you just load up to the most recent checkpoint and try that same bunch of interactions again. Now I realise the majority of modern games do this, but it isn't something particularly endearing to me. (For me, I should be able to get the whole way through the game without dying, as long as I apply sufficient skill while playing - Think Slay The Spire or FTL.)
0 Likes
undeadbydawn 21 Oct, 2021

View PC info
Tried the demo and was massively disappointed to find it uses American voice acting.
Call me a massive pedant (go on, it's fine) but there's little to no excuse for not using the voice of an actual Scot in a game about the frickin Roman invasion of Scotland.

The utterly gratuitous use of 50/50 dice rolls really did not help much either. Failure states everywhere, often catastrophic, with whole sections needing entirely redone every time you botch it.

Quoting: undeadbydawnCall me a massive pedant (go on, it's fine)

You're a massive pedant!
And so am I. Really, there's something absolutely crappy about American accents for premodern stuff in general. I mean, what would we say if there were a cowboy movie and everyone had French accents? That would actually be pretty funny, but it certainly wouldn't work played straight as a cowboy movie. (Now I'm imagining various cowboy-movie catchphrases spoken with an outrageous Holy Grail-style French accent)
I have less excuse for my attitude when everyone is presumably speaking some non-English language anyway and none of them could remotely be considered of British origin, like stuff about Vikings or medieval Italy or something . . . but somehow at least the more noticeable American accents still grate on me in those settings. It just feels wrong. I guess there's just something fundamentally too modern about accents from a country that didn't exist before the modern era.

Quoting: KeyrockI'm not keen on the look of this. The characters look like characters from the mountain of sex games that are on Steam. Well, I'm assuming they're sex games, there's always a lot of cleavage so I make that leap in logic. All those games have characters that look very similar where everything is kind of a bit too smooth and everyone sort of looks like they're made out of latex. I wonder if they're all made in the same modeling program or it's a preset or something that makes them all look the same.

Oh, no! This is as much a sex game as The Banner Saga, or, for Linux players specifically Tahira: Echoes of the Astral Empire.
0 Likes
While you're here, please consider supporting GamingOnLinux on: