Microsoft aren't a company we exactly cover often but it seems fitting to cover it here, especially given their history with Linux. Today they're properly releasing Edge for Linux.

Their browser, now based on the open source Chromium tech, was already available on Linux for a while but this was only in their preview channels but that changes today. On their official Edge blog, they announced that Edge will be launched today via the stable channel making it generally available for Linux. This means Edge will now be supported across Windows, Mac, iOS, Android and Linux.

It feels like a pretty big occasion, although not the first official Microsoft application to actually land on Linux, it might end up being the most used since it's a web browser and so much depends on you using one nowadays. Hey, you can even play a ton of AAA games in your browser now too.

Will many traditional Linux users switch? That's not really a needed question and plenty will of course say no but having it available is important. Even though most browsers feel largely the same, having the exact same application across platforms is good so people don't need to re-learn so much and keep their accounts together for bookmarks, passwords and whatever else.

To celebrate, Microsoft added a Tux character to their little surfing game available at the "edge://surf" address in Edge. 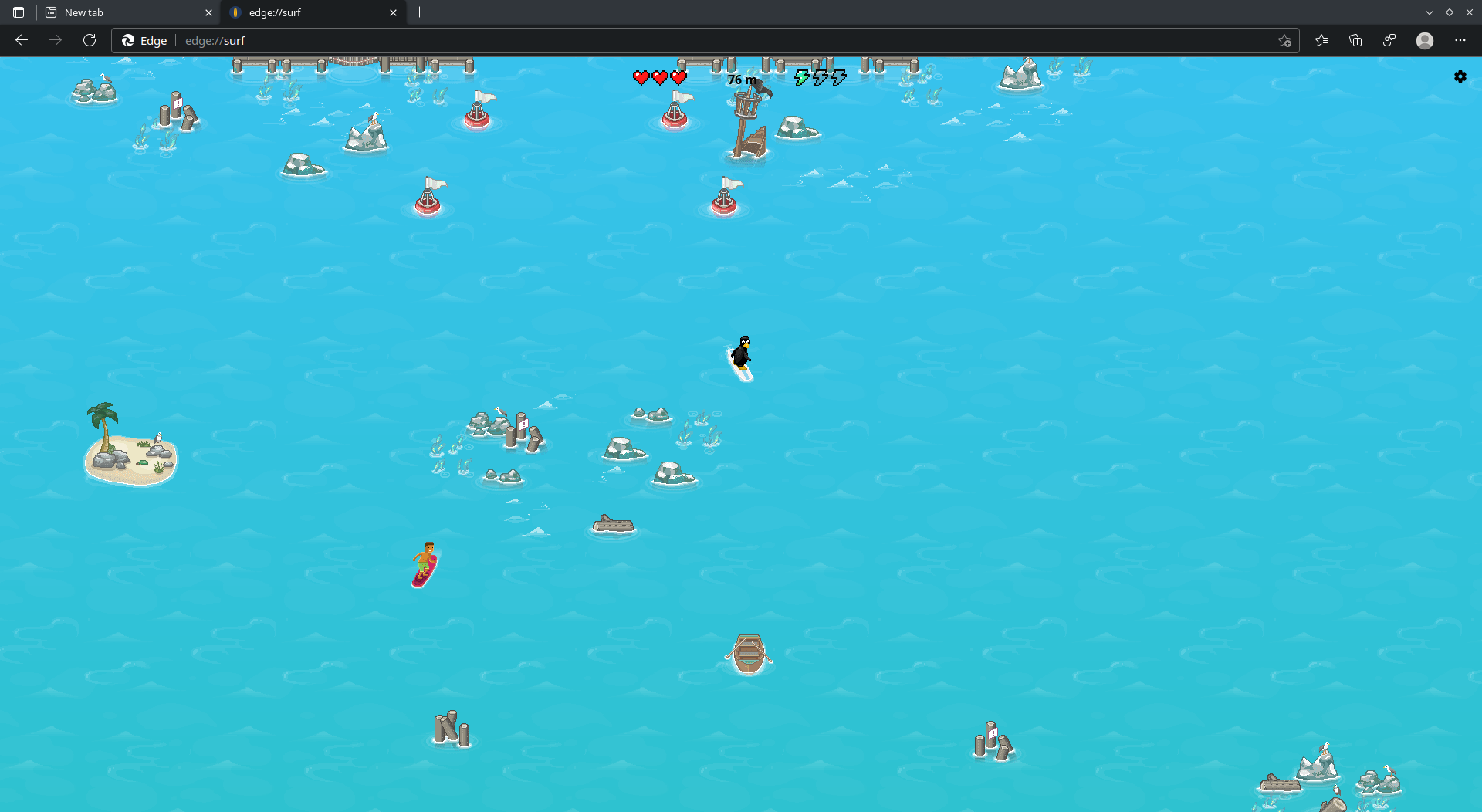 About the author - Liam Dawe
I am the owner of GamingOnLinux. After discovering Linux back in the days of Mandrake in 2003, I constantly came back to check on the progress of Linux until Ubuntu appeared on the scene and it helped me to really love it. You can reach me easily by emailing GamingOnLinux directly and find me on Mastodon.
See more from me
Some you may have missed, popular articles from the last month:
The comments on this article are closed.
50 comments
Page: 1/5»

View PC info
Oh ffs. Do even windows users use that one? What does the browser stats say?
5 Likes, Who?

View PC info
funny: .deb and .rpm where everyone else is trying to clutter the SSD with fatpaks and snaps - although this might actually be one application that I would want sandboxed if I were to use it ;-)

Quoting: BeamboomOh ffs. Do even windows users use that one? What does the browser stats say?

Quoting: BeamboomOh ffs. Do even windows users use that one? What does the browser stats say?

not popular - people are just to lazy to google chrome
9 Likes, Who?

Then goes ahead and becomes a skin over Chromium. So desperate, they'd do anything to keep people tied to their microsoft id (instead of google id).

I'm glad they realized they lost this war, and now the poor people that trust microsoft have a working browser. If only they'd realize the same with NT and switch windows's kernel to Linux. Imagine so many people getting fast I/O for once in their life.
1 Likes, Who?

pb 2 Nov, 2021
"A browser that combines a minimal design with sophisticated technology to make the web faster, safer, and easier"
They said it themselves, they put minimal effort other than reskin chromium, heh heh.

I guess it's useful for developers to have it on Linux for testing web pages, other than that I have no idea.
1 Likes, Who?

View PC info
The only reason I can see to using edge over any other Chromium based browser would be if it supported higher quality streaming on the likes of Netflix.
0 Likes

View PC info
Only reason that I would allow it in my PC alongside with Firefox and Chromium would be to be able to watch Netflix 4K but it's still not happening on Linux. Hence, I'll pass.

Edit: Out of curiosity I downloaded and installed Edge to see whether at least 1080p Netflix streaming is available aaaaaand it couldn't play a thing on Netflix. lol Though, it's probably Netflix's end as they are quite strict with browser support, they probably block Edge on Linux due to unknown user agent.