Bohemia Interactive are 'looking into' DayZ for the Steam Deck

One tough uphill battle currently facing Steam Play Proton and the Steam Deck is still anti-cheat. While there has been improvements, it's still not an ideal situation but at least one more developer is looking into it with Bohemia Interactive for DayZ.

It's a little different to support native Linux builds of games, as developers would use the native Linux versions of anti-cheat but for games that don't support Linux like that, they will rely on the Steam Play Proton compatibility layer to run the Windows version. The problem there remains that with Easy Anti-Cheat developers need to upgrade their SDK, then of course it all needs ensuring it works correctly. With BattleEye previously mentioning what sounded like the same.

So recently a user asked Bohemia Interactive about DayZ (Reddit), and the reply at the time was that it would be "unlikely". 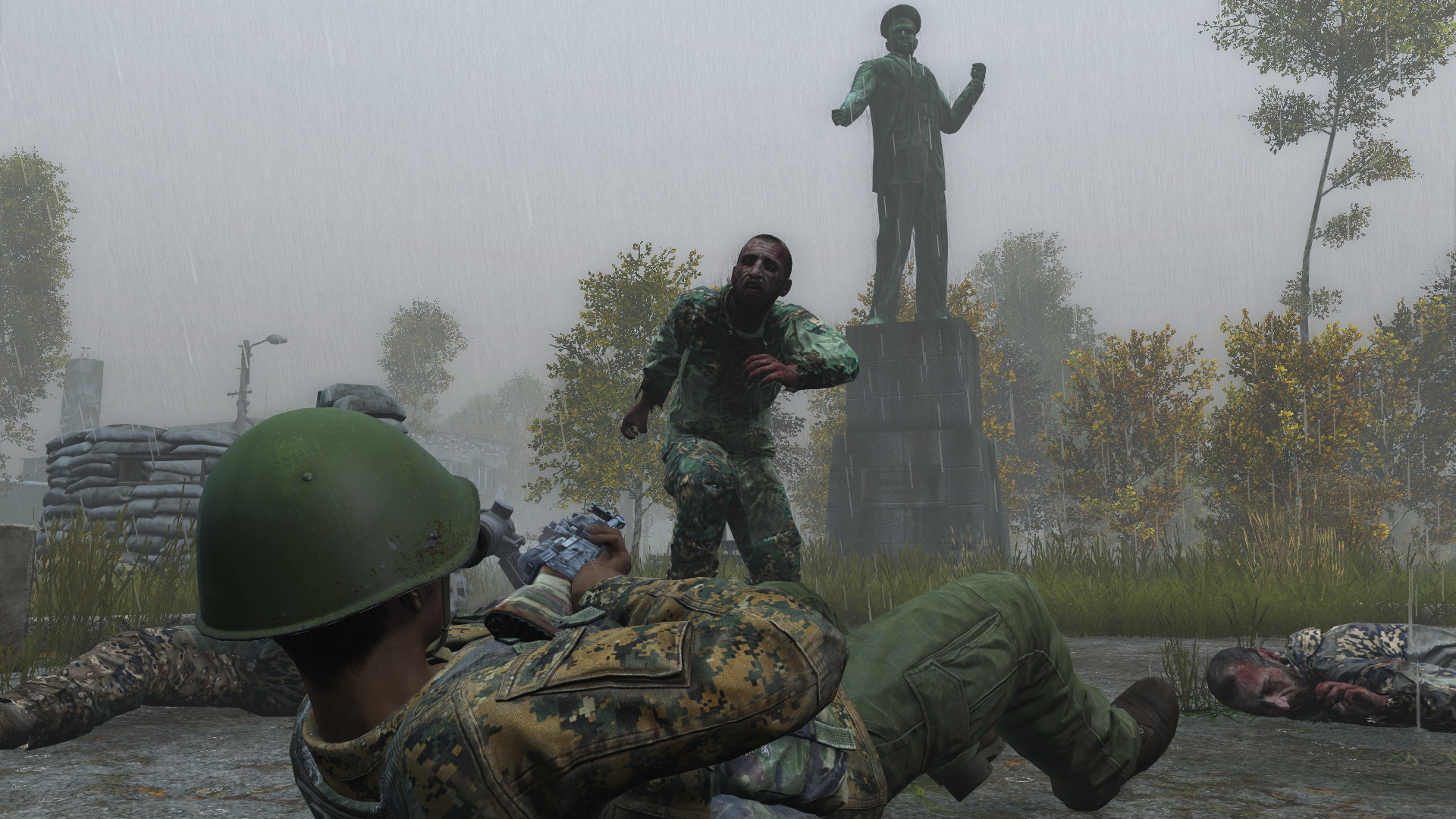 As we found out recently for BattlEye though, developers just need to send off a message to have Proton support for Linux and the Steam Deck just turned on which ARK and Mount & Blade II: Bannerlord have done already. Given that, perhaps the situation might be different for games that use BattlEye and so we decided to find out.

When sending over a message to Bohemia mentioning Linux, Proton and the Steam Deck while referencing the new information on how easy it should be to turn on BattlEye support, they replied to say: "Hi there, we're not able to confirm support for it yet, but it's something we're looking into." - which is much more positive than the previous answer.

If we get any more info, we'll let you know.

View PC info
All we have to do is chip away at the developers. Convince them one by one to tick the box/send the email, "opt-in" to Proton compatibility. We won't get all of them immediately, but as long as we get some that's progress.
3 Likes, Who?

Lahdgren 8 Nov, 2021
View PC info
Kind of a weak answer at this point, though I do understand it was probably a community manager or other PR person who can't fully speak for the developers. At the same time, sending an email to Battleeye is so trivial it's hard to understand what even needs "looking into".
1 Likes, Who?

View PC info
I know they are hesitant because the second they say they are enabling anticheat for Proton, they feel have to now support Proton. And by "support" I mean keep it working, QA it, handle support queries etc.

But what they don't realise is that for the past 3 years, Linux users have been buying and playing unsupported games, and all of the aforementioned support has been done by Valve and partners, and the Linux community itself. None of this has to change.

View PC info
A BI Dev on Discord said they already contacted BattleEye about this a month ago and still haven't heard back ...

Quoting: GBeeA BI Dev on Discord said they already contacted BattleEye about this a month ago and still haven't heard back ...

Valve is holding Deck event (12th Nov?). It seems clear the event is there to help and motivate devs to come on board, optimize their games and enable anti cheat. BattlEye being so easy to enable for devs will result in many games being it enabled. With devs who use EAC I think they need convincing, so they are probably waiting for Deck release. Enabling EAC is probably not difficult, and devs and companies are simply waiting for sales. Nintendo Switch, according to a report, sold 2.4M worldwide in it's first month. If Deck sells less than half of that, say 700K, devs will see a growing market for it. What makes Switch and Deck different? For Switch they have to develop natively, but with Deck their games already run with Proton. All it needs is a "simple" EAC patch. EAC support not being easy lessened my excitement, but with BattlEye being effortless my excitement has been renewed. 700K Deck players at launch + 900K+ Linux desktop = sizeable market to tap into by simply communicating to BattlEye to enable the support.

Quoting: LinuxwarperAll it needs is a "simple" EAC patch

It can hardly even be called that. They just have to update to the latest version of the EAC SDK. Something they have to do anyway to keep their anticheat current and working.
2 Likes, Who?

i was able to join a battlenet protected server and play for a couple of minutes. just lack the time to test more right now =)

Edit: i was able to play both stable and experimental Version. All I had to do was install battleeye proton runtime and after hitting play I chose to launch the DayZ client (second option)

Unfortunately my system freezes after about 15 minutes of gameplay.

Anyone able to test themself?

It is already something more that you have to do. Or what can be an hindrance.

1. There are internal processes. These must be adhered to. For example, it may be specified that every(!) change must also be tested. Also the activation of EAC for Proton is ultimately a change. And even if Epic says that you just have to turn it on, you still have to make sure that it doesn't have any side effects. But if you don't have anyone who can test an enabled EAC feature for Proton .... this is already the end.

2. Writes Epic in its documentation the following:
Linux Wine / Proton Support
It is possible to run many Windows games on Linux using the Wine or Proton compatibility layers and the anti-cheat client protection can support this configuration. To enable support for your game, you must be using SDK version 1.14 or greater and activate a client module for the Linux platform.
-> https://dev.epicgames.com/docs/services/en-US/GameServices/AntiCheat/index.html

So you have to be on the latest SDK. So it may be that you have to update the used SDK first to be able to activate EAC. You don't always stay current, maybe only update the SDK to certain release levels. Or not at all, if everything they use so far runs.

3. Maybe you plan a native Linux build at a certain time. This has already been hinted at by several developers. So there might be a roadmap, which can't be thrown over so easily. Okay, here at the example of DayZ this does not apply. But maybe with all the Early Access games that rely on EAC (e.g. SCUM).

4. Resources. Even small things have to be evaluated by some internal developers or managers before they are inserted somewhere in a roadmap or milestones plan.

I'm sure there are more if I were to think about them right now. And some that don't come to my mind because of the lack of knowledge in the industry.


Last edited by KuJo on 10 November 2021 at 12:25 am UTC
1 Likes, Who?
While you're here, please consider supporting GamingOnLinux on: