Here's some of what we've learned about the Steam Deck

We're getting more and more excited about the Steam Deck, even though Valve has delayed it at least until February 2022 we do now have quite a few more fun details thanks to the recent Steamworks Virtual Conference.

During the event we had a few different people from Valve and AMD talk about quite a lot of things from software to hardware designs and all sorts in between. There we also a number of Q&A sessions where even more details emerged (like Proton or Native Linux?).

Here's a breakdown of some interesting things we now know (click to enlarge any pictures):

- SteamOS 3 is coming but it's not finished as they get it ready for the Steam Deck. Sounds like it won't be readily available to download and run on other systems until after the Steam Deck ships.

- SteamOS will have a read-only immutable main filesystem by default. Updates will be distributed as a whole image and so it will replace it. There will also be a developer mode to let you modify the filesystem.

- Installing external software is an option too. Developer mode is not needed for this, with Flatpak packages getting a clear mention (and "other methods"). They said there's some caveats but they didn't really make it clear what they were meaning.

- New universal search menu that combines results from your library, the store and your friends.

- This new SteamOS / Steam Deck UI is far easier for them to maintain and keep parity with the desktop client, so expect much faster and continual updates. Confirmed, again, it will replace Big Picture Mode.

- As we wrote about, Valve suggest Manjaro Linux for now to test games but a more developer-focused OS download will be coming with additions like Gamescope and possibly a new gamepad UI.

- Valve are constantly in talks with Unity and Unreal on getting games working well. Additionally, they said they're definitely interested and actively supporting Godot Engine too.

- They confirmed (again?) they do not want developers to make Steam Deck exclusive games, as they see it as a PC.

- Dev hardware has issues (as it's just a prototype), which Valve have been solving with the real retail hardware.

- There's a white Portal-themed Steam Deck, which sadly was a prototype that they said they're not able to bring at the same time as the main Steam Deck. However, more colour options are being looked into but that sounds far away. 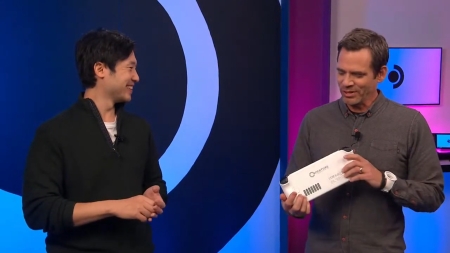 - They of course did not design it in any way for VR.

- AMD FSR (FidelityFX Super Resolution) will work in games that already support it. A future SteamOS 3 update will include it for games that don't natively support it.

- A spare-parts store sounds like it's being worked on. They said they're "committed to providing as many spare parts after we ship as possible".

- They're "definitely" looking at it like a multi-generational product. This could mean a Steam Deck 2 in future, if it does well enough.

- The USB-C port is capable of 45W, capable of running the Steam Deck at max load while also charge at the full rate. This port also supports external peripherals up to 7.5W enough for webcams, controllers and storage devices and can also be used for docking the Steam Deck to support two 4K displays at 60Hz. You can also opt for half the display bandwidth and get USB 3 gen 2 instead.

- The level of performance-per-watt they've hit would not have been possible with any off the shelf processor that exists today.

- The official name for the AMD Zen 2 chip inside is "Aerith". Here's the diagram they showed off with all the bits inside:

- 1GB of VRAM for the GPU, however the GPU can access up to 8GB depending on what's happening. 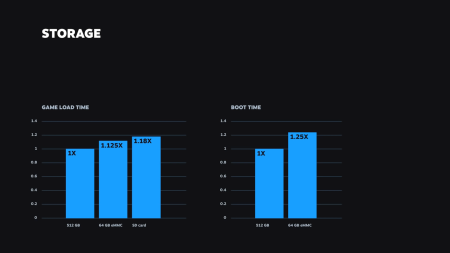 - Valve picked clock speeds that they can sustain indefinitely so it won't boost up or clock down. They said the performance you see in the first 10 seconds should be the same in 2 hours time and of course the same performance regardless of handheld (battery), charging and docked. They do some extra things when you run out of thermal headroom, with a focus on keeping up GPU performance by throttling other things like charge rates, download speeds and even SSD bandwidth as the system attempts to keep the GPU clock as high as possible.

- There's no artificial limit on how much power the AMD APU can consume, they said they're working on a global FPS limiter to let users pick the balance between performance and battery life.

- Steam Cloud is getting an upgrade and will work differently for the Steam Deck. A new feature open to developers will allow them to have a game sync, when it's detected that a user suspends the Steam Deck. When suspending and the feature is ticked by a developer, it will upload any files changed since loading the game. This will make switching between the Steam Deck and another system with Steam on much better.

- A massively reworked interface for Steam Input to adjust your keybinds, with a consistent look across the Steam Deck and main Steam Client. Accessible via mouse/keyboard, touchscreen and gamepads.

- Getting a new set of controller glyphs (icons for A/B/X/Y etc), including those for different types of controller designs (Xbox, PlayStation).

- Valve are "finalizing" plans to have the Steam Deck available in more countries. Some are ahead of others, it's all about solving logistical issues but they don't have anything to announce right now on it. Still, good news that the problem is being continually worked on. Specifically they said they're working hard on Japan and Australia.

Of course there's a lot more details we missed, as it was hours long but those are some hopefully helpful bits.

They had a few technical troubles with the stream but the majority of it you can watch on YouTube, starting at around 1:04:26 or watch below in our embed: 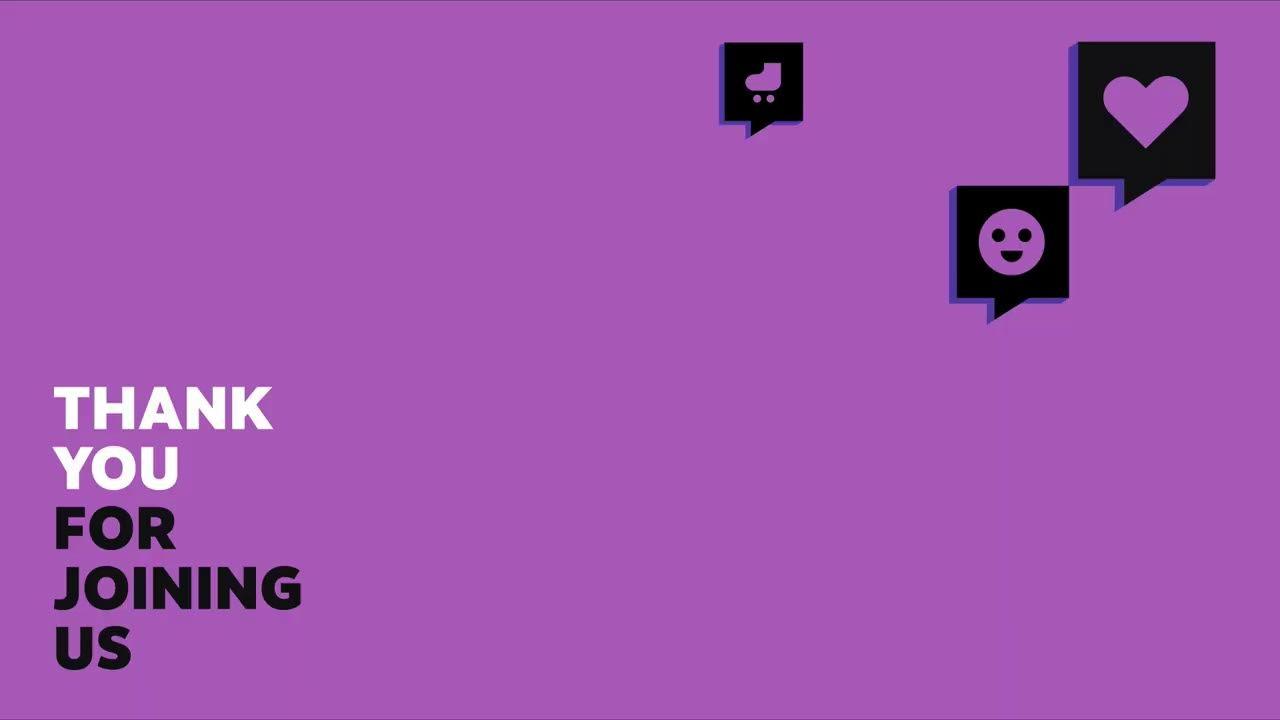 I am the owner of GamingOnLinux. After discovering Linux back in the days of Mandrake in 2003, I constantly came back to check on the progress of Linux until Ubuntu appeared on the scene and it helped me to really love it. You can reach me easily by emailing GamingOnLinux directly.
See more from me
Some you may have missed, popular articles from the last month:
49 comments
Page: 1/5»

StenPett 13 Nov
View PC info
Someone at AMD or Valve is a fan of Final Fantasy VII...
6 Likes, Who?

denyasis 13 Nov
View PC info
Thanks for the synopsis!
1 Likes, Who?

Wait, what? The first thing I thought of when I heard about SteamOS 3 being Arch Linux based was updating the OS with pacman! And does read-only FS mean I can’t install stuff like another web browser for desktop mode?
0 Likes
platinumspoons 13 Nov
Some other interesting tidbits I heard: 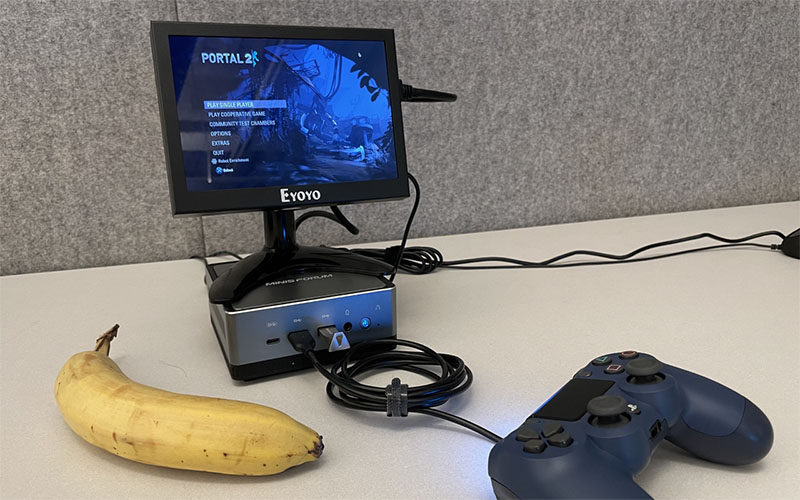 View PC info
Not gonna lie, I'm a little bit concerned about that read-only main system. That could complicate some things, but we'll have to see how it is implemented in the end, I guess.
0 Likes

chimpy 13 Nov
View PC info
Does anyone have experience with using Gamescope? I know I can install it on my Manjaro box through the AUR, but will it replace my current compositor or is it some thing I can install side by side and call on a per game basis within Steam? Thanks in advance for anyone with info.
0 Likes

Wait, what? The first thing I thought of when I heard about SteamOS 3 being Arch Linux based was updating the OS with pacman! And does read-only FS mean I can’t install stuff like another web browser for desktop mode?

Chrome OS, Chimera OS (previously Gamer OS), Ubuntu Core, and Fedora Silverblue all do the same thing, as do Android and PlayStation. It's the sensible thing to do for an appliance.

Valve specifically called out flatpaks as being installable without having to put the underlying filesystem into "developer mode" and said that they'd have more details for everyone later.
17 Likes, Who?

Quoting: platinumspoonsFor developers without a steam deck, they can create a similar experience with a mini-pc running Manjaro, small mon...

This is noted. Second link.
1 Likes, Who?

so much for the simulator, what about the actual deck? will the banana be integrated? is it an option? or do i have to get my own one? if i need to get it myself, does the type or brand or ripeness matter/influence the experience? if so, how?
there's a lot more questions open here than have been answered...................

View PC info
Cleaned it up a bit, added a few more bits. Edit: and more.