Deep Space Battle Simulator, a game where two opposing sides battle it out in space with their capital ships has now left Early Access on Steam.

It's a round-based multiplayer first-person online game, one that allows a fair amount of freedom in how each team goes about conquering the other side. Each team is made up of actual players (8-16 on each side), who will fly around in fighters and board the enemy ship to try and take it down. A fun idea if you're a space sci-fi fan.

"At the start of each round, you can customize your cruisers turrets, fill your hangars with lots of different smaller fighters and choose between numerous upgrades to give you the edge in battle. Once the round starts, move your capital ship freely in all three dimensions, shoot the turrets manually or use the ships integrated targeting systems to just focus which points of the enemy ship to focus. Control the energy distribution of your ship, raise the shields of each section of the ship individually, or direct energy to the engines, life support or weapon systems. You can also explore the giant interior of your capital ship while running to a hangar to join the battle with a smaller fighter and board the enemy ship and sabotage their generators, shields or engine." 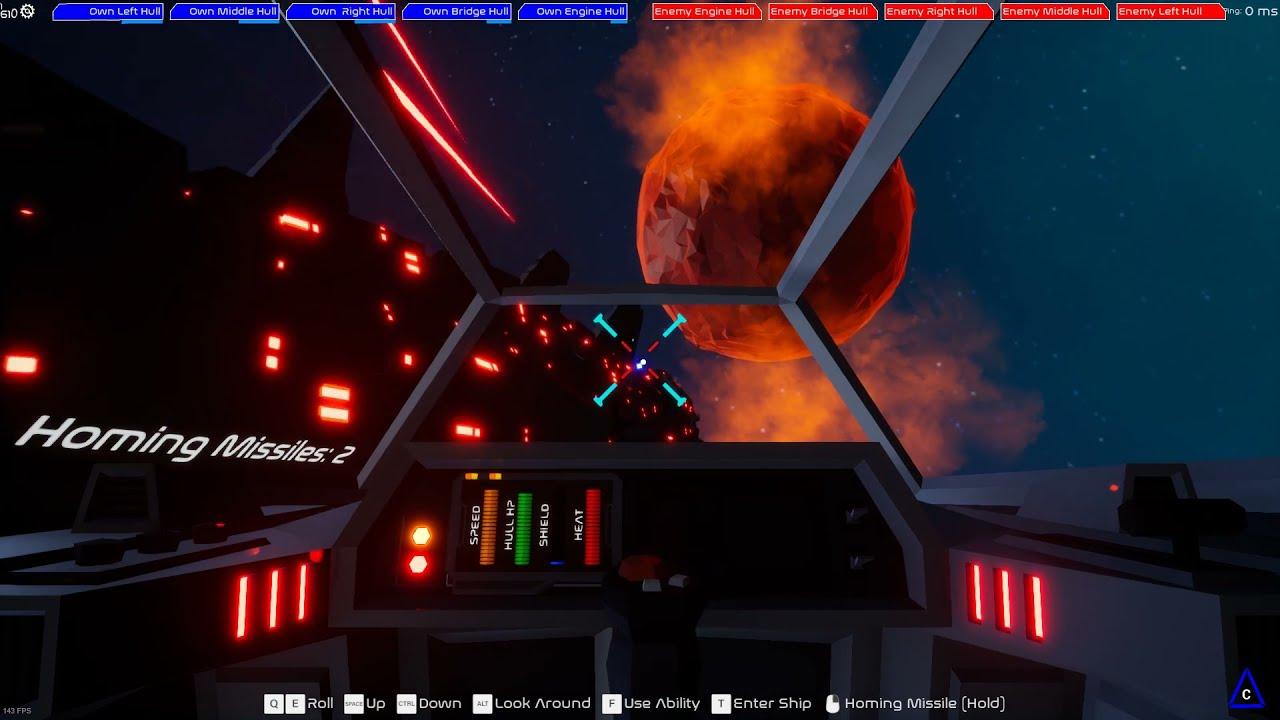 Sadly, it doesn't exactly have a lot of players. Like a lot of indie releases that rely on multiplayer, they end up getting completely dwarfed by the big lot. Even so, the people who've played it seem to rate it quite positively with it seeing a Very Positive user rating on Steam.

View PC info
Sounds like a fun idea, feel like the interface could stand a bit more polishing...
0 Likes

View PC info
8-16 players on each side... what you're saying is someone needs to run some dedicated servers with free, public access and then pay a Twitch streamer to rally their followers to play this game on stream. Seems like the developer needs to hire out some marketing help if he doesn't want to take care of those kind of things. The game sounds cool, but if it requires that many players and there are none, then my couple friends would not be enough to form a team.
1 Likes, Who?
While you're here, please consider supporting GamingOnLinux on: