Recently developer Mike Blumenkrantz wrote an interesting post in regards to a future upgrade to Zink, the driver that provides an OpenGL implementation on top of Vulkan and the performance with it is looking impressive.

The new upgrade coming is called Copper. To keep it simple enough for most readers, it will allow Zink to avoid existing problems with the way the driver works and get rendering done more directly. The result of it has been shown off today, where Blumenkrantz tested the newer work with the NVIDIA 495.44 driver on an RTX 2070 and benchmarking Feral Interactive's port of Tomb Raider.

Interestingly, it seems later NVIDIA drivers don't quite render Tomb Raider correctly, even so the performance seems acceptable to test against (and if it did 100% render, performance might even be lower). The results speak for themselves on this one. First up the port with OpenGL: 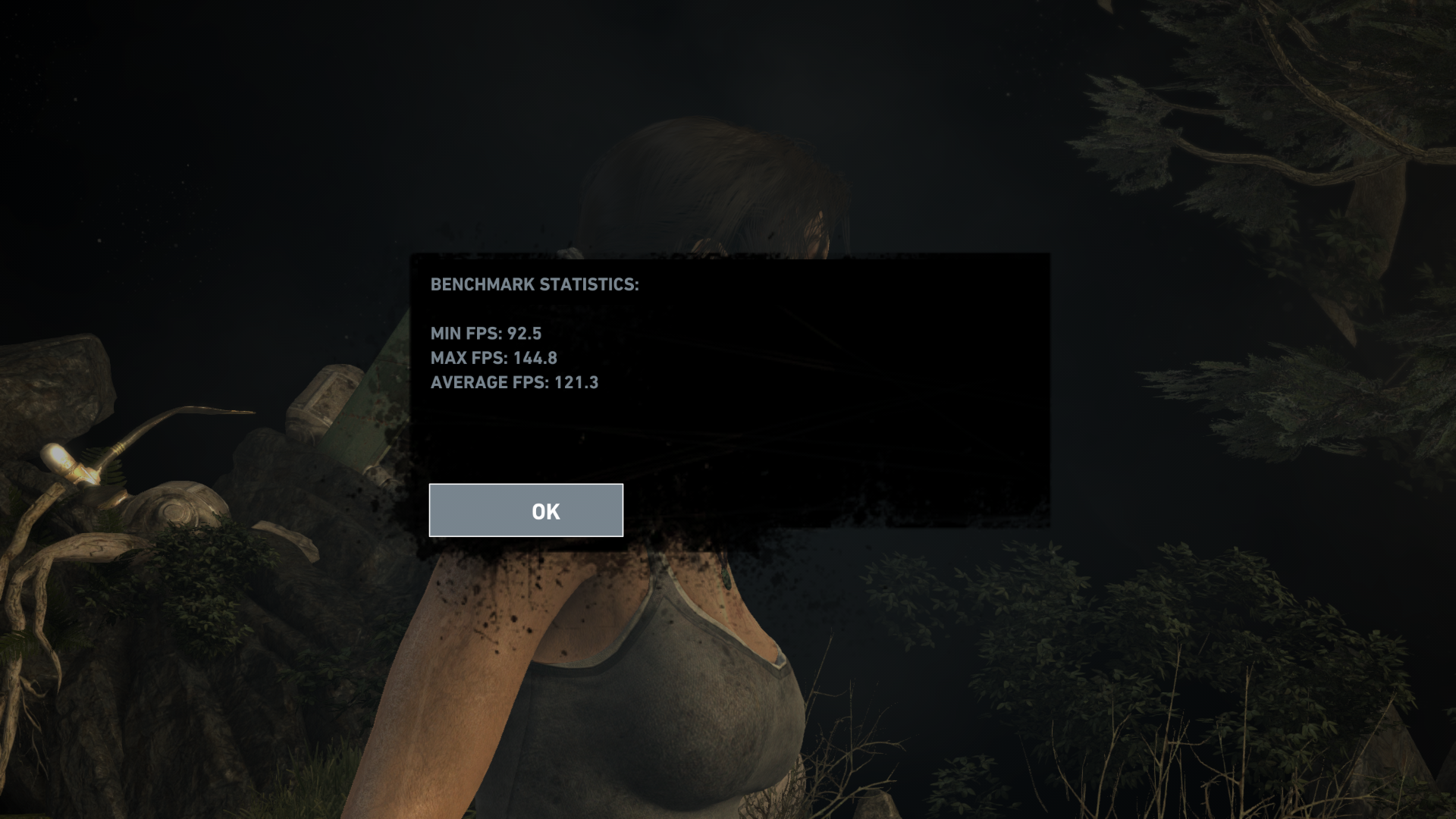 And then when run through Zink: 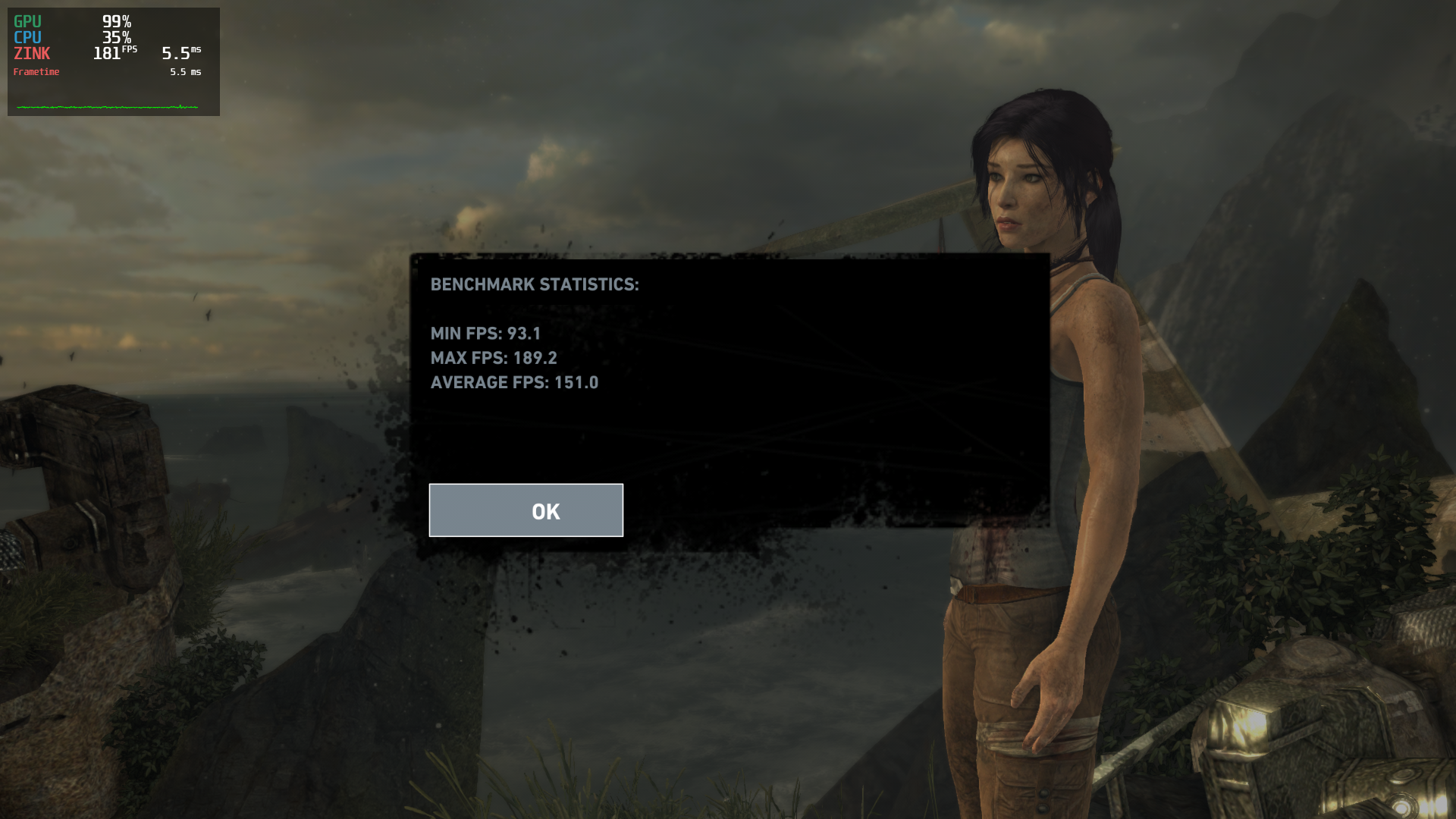 Blimey. The average FPS went from 121.3 to 151. That's not exactly a small increase. As Blumenkrantz explains though, that performance difference is not currently likely to be matched in other games but it at least shows exactly how impressive Zink is.

Since everyone is going in with Vulkan now though, eventually OpenGL would probably be deprecated and not see much in the way of fixes or improvements. Eventually then perhaps, we might end up seeing Zink as the better way to run things that use OpenGL, even officially by GPU vendors. The future for Linux gaming certainly is interesting.

Since everyone is going in with Vulkan now....

Only games. There is a whole world out there that is not games and I don't see that world switching any time soon. If at all.
0 Likes
Swamper 18 Nov, 2021

Quoting: EhvisOnly games. There is a whole world out there that is not games and I don't see that world switching any time soon. If at all.

Maybe they will, but not in the way we wish for or think they will?
22 years ago I forecasted that Linux would take over the world. I thought it would on desktop. Instead it did everywhere else.

Let's just say that it might be that not only Steam finds its way to Linux on gaming...
Linux is a great choice for companies that wants to make something that just works.
1 Likes, Who?

Not to burst your bubble, but games aren't important. If the ability to play games ends tomorrow, most of the world would go on if nothing happened. If the ability to use opengl ended tomorrow, the consequences would be catastrophic. Almost everything you use in daily life is in some way tied to software that uses opengl and most people haven't even heard of the programs (or the companies that make them). So no, OpenGL won't go anywhere because it's simply too important.

Edit: I suppose you agree going by your sarcasm quote. But Adobe/Autodesk weren't really the best examples for sarcasm :)

It did as mentioned in the edit.

Quoting: GuestThe non-gaming world that's not going to be going anywhere...is starting to embrace Vulkan. It won't exactly switch overnight, and there is going to be a lot of software that relies upon OpenGL for a long, long time (there are still applications out there relying on OpenGL 1.x), but as I pointed out there are non-gaming applications starting to use Vulkan.

I don't think this is going to be the case. Sure some programs that rely on flashy graphics may make the switch. But most of those programs that still use OpenGL1/2 have no need for pbr shaders or gigabytes of textures. They just colour based representations of limited detail. Why would they want to deal with Vulkan? It's a complication without benefit.
0 Likes

Liam Dawe 18 Nov, 2021
View PC info
I'm pretty sure you guys still got the point I was making. All future stuff is going to Vulkan, we're not talking years old stuff here that's still with OpenGL, which is where Zink will come in...
0 Likes

I'm certainly curious on it. However, I can't imagine the difference being too much, considering the high performance already shown for Zink here and they're both translating one API to the same Vulkan.
2 Likes, Who?

View PC info
I'm still wanting to see who will make the first attempt to make an entire linux distro using only wayland + Vulkan render (and zink + xwayland for legacy apps).
1 Likes, Who?

Quoting: EhvisNot to burst your bubble, but games aren't important.

Not according to those who make money on gaming GPUs. You can check their earning reports to see how much that is.

OpenGL for new projects will surely not be a thing. Non gaming applications are just progressing slowly, but they are going to move away from OpenGL, no question about it.
2 Likes, Who?
Rouhollah 18 Nov, 2021
View PC info

In GPU-bound scenarios OpenGL is slightly better than DXVK on my system, but the native version is very single-threaded and in complex scenes with many draw calls it really struggles, yet DXVK is fine in this regard. Curious to see if zink improves on that.
0 Likes
1/2»
While you're here, please consider supporting GamingOnLinux on: