DXVK 1.9.3 is out supporting DLSS, D3D9 improvements and more

DXVK, the Vulkan-based implementation of D3D9, D3D10 and D3D11 for Wine / Proton has version 1.9.3 out now. This is what's used in Steam Play Proton, to help get Windows games running nicely on Linux. It's a bit of an uphill battle to get so many tens of thousands of games to work nicely, but DXVK shows just how powerful and flexible Vulkan is as an API.

Other improvements include a fix for a "DXGI issue which would sometimes cause games to fail to enter fullscreen mode on some displays that do not support low rates across all resolutions" and improvements for Black Mesa, Crysis 3 Remastered, Euro Truck Simulator, Injustice Gods Among Us, Rocksmith 2014, Spliter Cell: Chaos Theory, Sim City 2013 and The Guild 3.

As a reminder: you can upgrade the version of DXVK used in Proton, without waiting on a new release. To do so you can just overwrite the existing DXVK files with the release download of DXVK 1.9.3. You can find your Proton install somewhere like this (depending on your Steam Library drives): 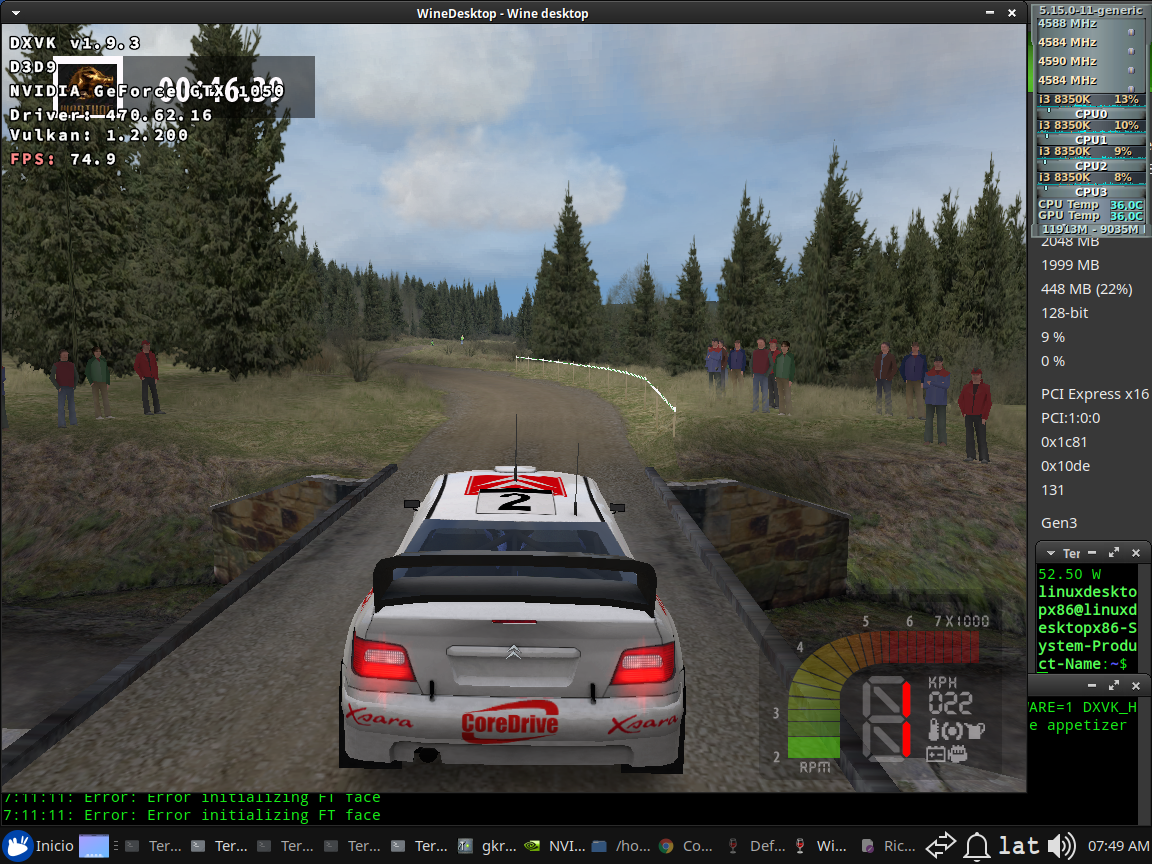 I'm curious. Did you know there were invisible things?

Asking because it came as a surprise for me on some games when I could suddenly see something that was missing before. Cinematic videos included

Quoting: bekoI'm curious. Did you know there were invisible things?

Asking because it came as a surprise for me on some games when I could suddenly see something that was missing before. Cinematic videos included

hi this is my last test with d9vk, in this video can see some invisible things around bridges

Fakeman_Pretendname 6 days ago
View PC info
In Wine, all the trees and obstacles used to disappear after about 1 minute - so you'd know they were there in the distance, then suddenly all the scenery would go. I was always confused why I was crashing into grass/nothing, until I watched a video of someone driving the same level, and realised it was full of invisible trees!
1 Likes, Who?

How did you get the HUD to show? I'm guessing its in the dxvk.conf file?
0 Likes

Quoting: PacelineHow did you get the HUD to show? I'm guessing its in the dxvk.conf file?

Last edited by mrdeathjr on 12 January 2022 at 12:55 pm UTC
1 Likes, Who?
While you're here, please consider supporting GamingOnLinux on: