The Blackwell Bundle brings all the adventures back to Linux

Point and click adventure fans will be happy as the complete The Blackwell Bundle is now supported on Linux.

Wadjet Eye Games went back and upgraded all entries in the series to either upgrade the existing version and fix Linux issues, re-add Linux support or add new Linux support. On top of that, each game in the series also had an update to fix other reported issues.

"In the Blackwell Legacy, you are introduced to Rosangela as she meets Joey Mallone for the first time and is called upon to investigate a series of mysterious suicides at a local university. An enigmatic killer and a string of seemingly unconnected accidents set the background for Blackwell Unbound. Blackwell Convergence will have you investigating a film premiere that hides a bloody past. In Blackwell Deception you’ll investigate why the customers of various street psychics seem to die under very mysterious circumstances. And finally, in Blackwell Epiphany, you will find out the true reason why Rosa became a medium, and her ultimate destiny." 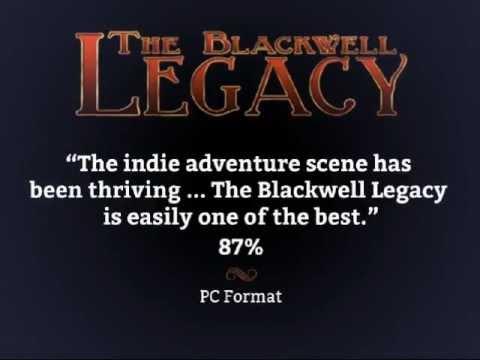 The full bundle can be seen on Steam containing:

GOG also has it, but the final game is by itself.

Eike 26 Jan
View PC info
I played the first three some years ago (and will have to replay now, as I don't remember much of the story :-D ). If you're into point and click, do play them.

View PC info
It seems I already have the first four, so I only need to get the last one to complete it. I should put this on my Steam Deck list. Lazy chair out in the garden with a cold beer.

View PC info
One of my fav point&click games

View PC info
It sure took them a while and I managed to complete it with Wine but this is a very nice point and click series indeed 🥰
1 Likes, Who?

View PC info
Great! I hope they will support their other games too!
3 Likes, Who?

Quoting: CyrilGreat! I hope they will support their other games too!

It looks like Resonance, Shardlight, and Technobabylon are the only ones missing now?
https://store.steampowered.com/developer/WadjetEyeGames
3 Likes, Who?

Quoting: CyrilGreat! I hope they will support their other games too!

It looks like Resonance, Shardlight, and Technobabylon are the only ones missing now?
https://store.steampowered.com/developer/WadjetEyeGames

Resonance and Technobabylon are not developed by Wadjet Eye Games.
So yeah Shardlight. I didn't check Steam until you post that link, but just saw that Unavowed seems to be lacking the Linux version on GOG...
Edit: Plus another older title from them, Emerald City Confidential, still Windows only.

Quoting: CyrilPlus another older title from them, Emerald City Confidential, still Windows only.

Quoting: CyrilPlus another older title from them, Emerald City Confidential, still Windows only.

Yeah but it's two years old feedbacks, maybe with recent software it's good... if someone can give it a try.
0 Likes

View PC info
It is funny, I have been on a kick lately to want to play some old point and click style games. I bought an m1 mac... mainly because the power / battery life ratio is insane. But holy hell gaming is far more limited than it is on Linux! Lack of Priton kind of kills it. Hopefully m1 Linux support gets up to speed soon, macOS drives me nuts...
0 Likes
1/2»
While you're here, please consider supporting GamingOnLinux on: