Dying Light 2 will be easily one of the biggest releases this year and the good news is that it works on Linux without any messing around. Note: personal purchase.

Tested with Steam Play Proton (specifically Proton Experimental), so far the experience has been pretty good, although with a caveat that I've yet to try co-op. At least as far as single-player goes, it works really well. Interestingly for a lot of players on Windows, the game just crashed trying to start the game - no such problem here on Linux.

Showing the true power of Proton as a compatibility layer, having such a high-profile release working out of the box on day-1 is a really fantastic thing for Linux. The original Dying Light is also one of my favourite open-world Zombie-smashers, so it's quite exciting to get to run through Dying Light 2 right away like this. 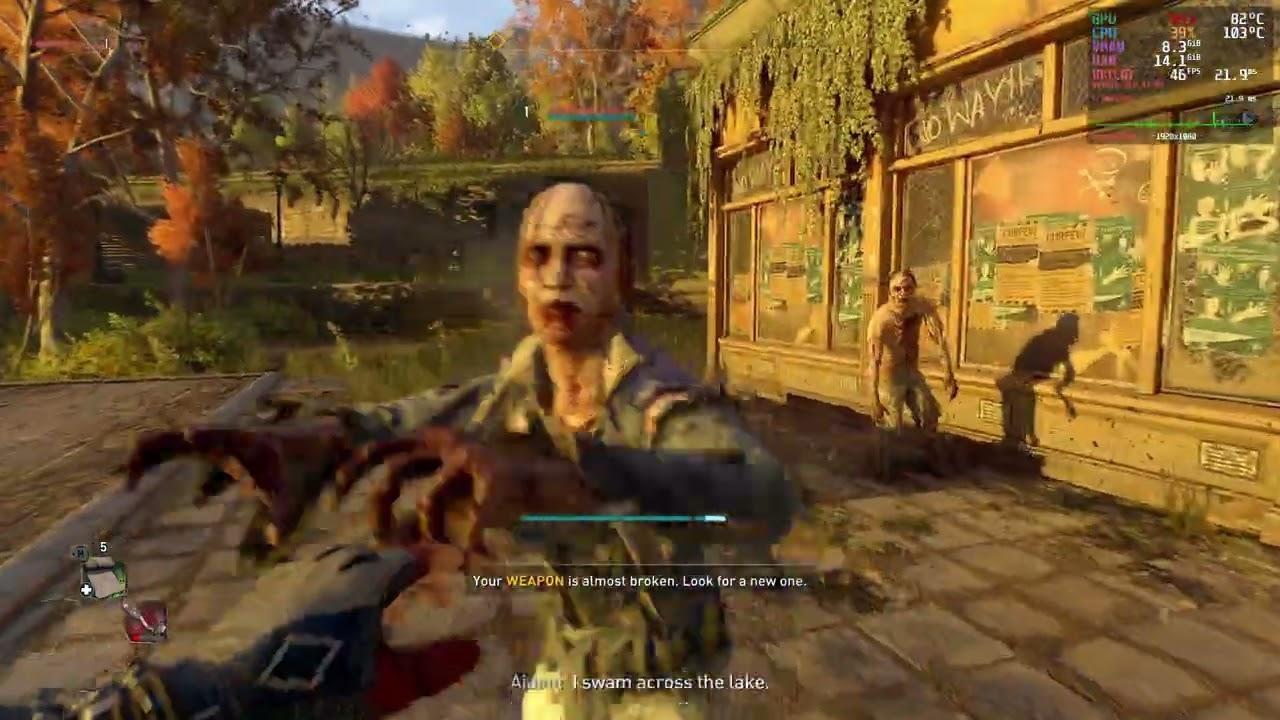 Both the DirectX 11 and 12 modes work, although switching from 11 (the default) to 12 did cause a hard lock-up requiring a reboot. After that though, loading back in and it continued working just fine. Performance between the two modes doesn't seem all that different either, at least on NVIDIA with the GeForce RTX 2080 Ti.

Considering how Techland supported the first game for so long, I think we can expect good things for the future of Dying Light 2. Techland have already promised 5+ years of continued support with free DLCs, various in-game events, bigger paid story DLC, new enemies, new weapons and much more.

Something to note is that the game does include Denuvo Anti-tamper, which caused a bit of a ruckus since Techland did not even mention it until right before the launch. Thankfully Denuvo has worked on Linux with Proton for some time now and doesn't appear to cause any playability issues here, although be careful if you switch between Proton versions for testing on Dying Light 2 as it may trip it up.

Be sure to also add -nologos to your Steam launch options, otherwise you'll need to spam button-press to get through annoyingly long logo screens.

Be sure to follow GamingOnLinux on Twitch for any upcoming livestreams!

We do often include affiliate links to earn us some pennies. We are currently affiliated with GOG and Humble Store. See more here.
About the author - Liam Dawe
I am the owner of GamingOnLinux. After discovering Linux back in the days of Mandrake in 2003, I constantly came back to check on the progress of Linux until Ubuntu appeared on the scene and it helped me to really love it. You can reach me easily by emailing GamingOnLinux directly.
See more from me
Some you may have missed, popular articles from the last month:
50 comments
Page: 1/5»

View PC info
@Liam, you may want to take a look to the heatsink or thermal paste of your CPU, you're hitting over 100C from time to time.
6 Likes, Who?

View PC info
There's one thing that saddens me about this game is that, back then when they attempt to make a native version, they didn't had vulkan and the linux graphics were in a sorrow state. That resulted in a (opengl) poor performant native version specially compared to the later Proton that made use of a more performant API.

Nowadays they have everything to make a great port for a linux version, thanks to so much investment that was made along those years, but there's almost no probability that we'll see another attempt to make it, due to the problems with their first attempt, and the fact that Proton justifies the lack of reason to work with anything that isn't DirectX.

At least we can somehow play the game on linux and hope that they don't put any kind of anticheat latter.
8 Likes, Who?

Quoting: x_wing@Liam, you may want to take a look to the heatsink or thermal paste of your CPU, you're hitting over 100C from time to time.

Good catch, missed that as was focusing on performance. Should be all sorted now, upped some fans, added another fan and cleared out some vents. :)
8 Likes, Who?

Quoting: BielFPsAt least we can somehow play the game on linux and hope that they don't put any kind of anticheat latter.

In a single player game that also has 4 player co-op, that would be highly unlikely.

The game runs great for me, I'm 6 hours in and haven't had a single crash or even a bug.
1 Likes, Who?
PublicNuisance 4 Feb

View PC info
Even if I liked the original Dying Light, which I didn't, I would stay clear of this sequel. It uses Denuvo and I refuse to support games that stoop to that.
2 Likes, Who?
Lofty 4 Feb

There's something missing about this game vs the first one, i can't quite put my finger on it. It seems somehow tamer, less horror oriented & as a result less atmospheric & more arcadey. Maybe it's the color palette or the upbeat musics. It might just be my preference for that dark, foreboding 1970's-esk retro zombie vibe the first one gave off. This feels like it has had a layer of modern corporate smudged onto it, the game play from what i have seen seems more like dead island mixed with destiny than dying light.

each to their own i guess.
1 Likes, Who?

View PC info
The horror aspect is lessened yes. As much more of the gameplay is focused on nighttime, Techland aimed to make the night more accessible for all players. It will still be dangerous, but less punishing. Players searching for extra thrills can go deep inside houses at daytime... good luck. :)

Posted my initial performance impressions on the Steam forums.
Teaser: Starting area runs 85-90 on average without resolution scaling, smooth and nice.
2 Likes, Who?

Quoting: Spl-itIn a single player game that also has 4 player co-op, that would be highly unlikely.


You might be unaware that Dying light also has a versus mode (pretty fun though)
1 Likes, Who?

It’s great that it runs with proton, but I’m not buying it full price unless it’s released for linux.
9 Likes, Who?
1/5»
While you're here, please consider supporting GamingOnLinux on: