WRAEK think they can change PC gaming with the Tactonic Pro

The WRAEK Tactonic Pro is currently doing rounds because the team believe they can change gaming, by giving you an ultra-sensitive palm rest that you use in-game for movements. Is it time for a revolution on PC inputs?

With the basic idea being that you rest your palm on their special pad, which will detect your wiggling movements and convert it into actual movements in-game. They say it acts like a thumbstick, and it can "detect as little as 10g of force" with "isometric force technology found in joysticks of combat fighter jets but in a miniaturized version". Designed to sit underneath a tenkeyless keyboard, it's also magnetic to stick to the casing if your keyboard has a metal build. 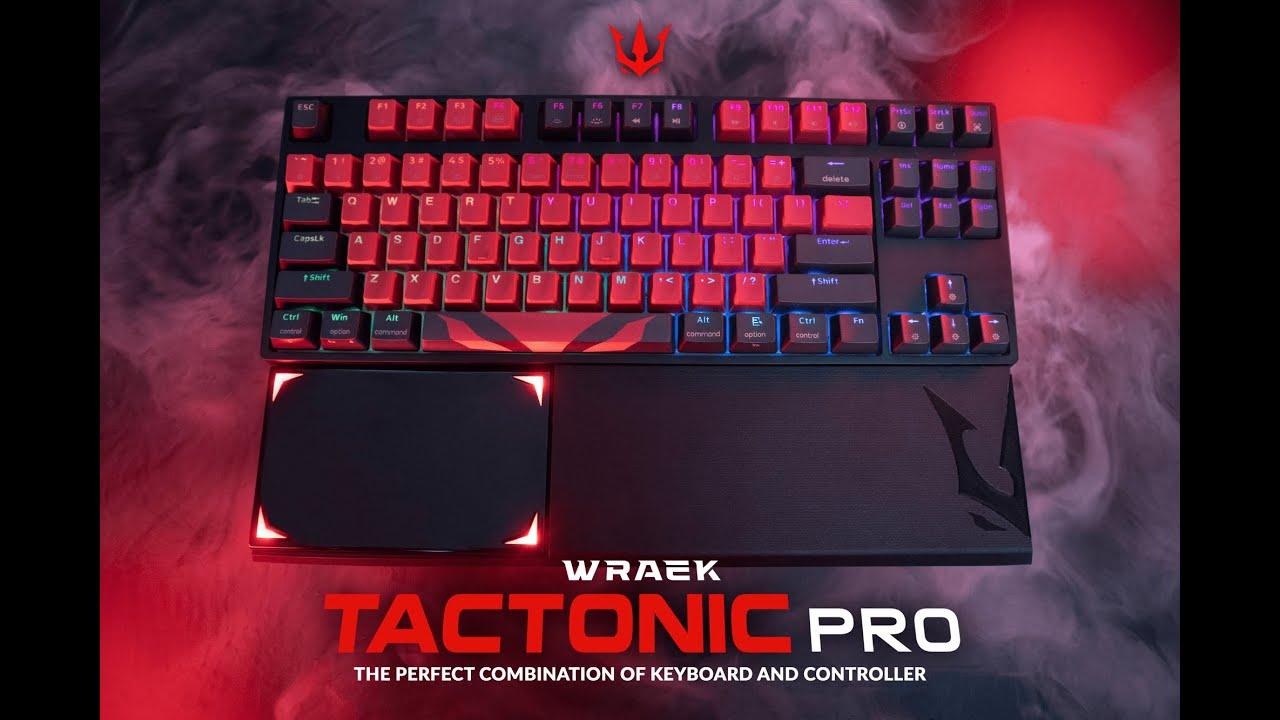 To go along with it, they're also doing their own WRAEK Tactonic Keyboard which is a fully customisable, tenkeyless mechanical keyboard. What's really great to see though, is how Linux has clearly been making more waves - enough for this hardware vendor to target it too. They said their software is fully compatible with Linux! 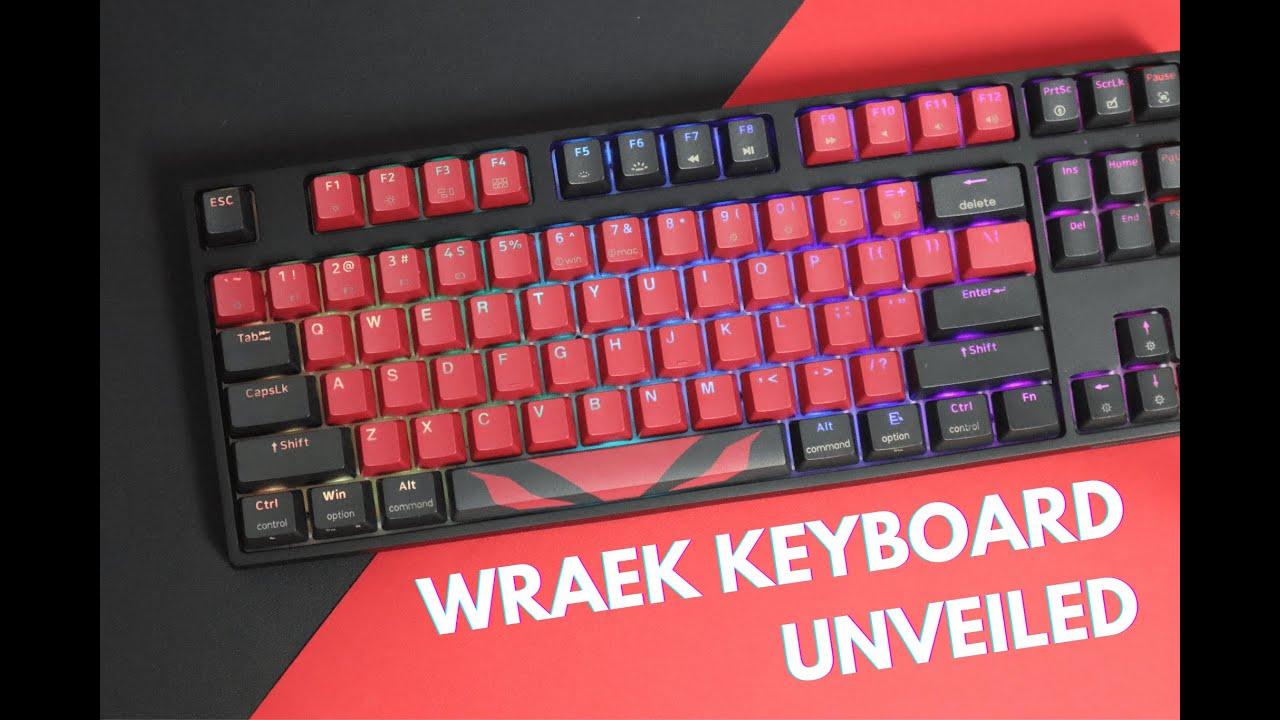 If you're interested you can check out their Kickstarter. It has 32 days to go and it's fully funded.

9 Feb
View PC info
I'm sorry but my first thought is: This sounds dumb.
13 Likes, Who?

HJ 9 Feb
View PC info
having used wooting keyboard which also """"revolutionized"""" pc gaming with analog switches, I can say that this is just another useless gimmick that's gonna cause more interference (i ended up disabling joystick emulation on my wooting completely) than improvement, not to mention getting each individual game to work with something like it is a pain in the ass for very little benefit.

lastly: TKL only? seriously?
4 Likes, Who?

View PC info
I wrote a snarky comment, but I changed my mind and deleted it. Actually I'd like to see a "hands -on" review of this, from some independent reviewer.
People liked (and some still do) to mock the Steam Controller touch-pads, as useless, not-usable/etc, but after using them for years I think they're best thing for a controller to have.
So yeah, I'm curious.
4 Likes, Who?

View PC info
I dunno if any of you have ever gamed on a laptop with a touchpad, but if you HAVE, you'll know how frustrating it is to be mid game, and hit the touchpad by mistake with your palm, and then die horribly cos your character is spinning or something.
Is this gonna be that, only intentional? Cos that would be horrific.
3 Likes, Who?

Quoting: dubigrasuI wrote a snarky comment, but I changed my mind and deleted it. Actually I'd like to see a "hands -on" review of this, from some independent reviewer.
People liked (and some still do) to mock the Steam Controller touch-pads, as useless, not-usable/etc, but after using them for years I think they're best thing for a controller to have.
So yeah, I'm curious.

Having used the Steam Controller and loving it otherwise, I'd have to agree. And I think I've figured out the fatal flaw with the touch pad -- it's way too big.

If it were a smaller pad that did essentially the same thing, maybe covering half the size, it would be much more useful. One of the biggest problems I have with it is how far I have to move my thumb to get around on it, and I don't have small hands.

Otherwise, it was honestly a great piece of kit.
0 Likes
mark348 9 Feb

I don't buy it, but would like to see an extended review done on this.
0 Likes

Quoting: HJhaving used wooting keyboard which also """"revolutionized"""" pc gaming with analog switches, I can say that this is just another useless gimmick that's gonna cause more interference (i ended up disabling joystick emulation on my wooting completely) than improvement, not to mention getting each individual game to work with something like it is a pain in the ass for very little benefit.

Ha, yeah I too bought a wooting keyboard because it sounded cool, and I thought it could be useful... mostly I've just had weird issues with a key going ape-shit on key presses. Seems to have stabilized recently. Also I have issues with the keys being so high off the keyboard that random shit on my desk like cables will slide just perfectly under them, and prevent the key going down (for example I have an HDMI cable coming out from my monitor I hook various devices up to for testing, and it'll get wedged under the esc key, and when I go to hit it... nada!)

I also bought a mouse with an analog stick on it... still haven't bothered configuring THAT for anything... ha
https://www.thefpsreview.com/2020/01/07/asus-debuts-new-gaming-mouse-with-builtin-joystick-at-ces/
0 Likes

View PC info
Hmm, I'm skeptical but interested. Joysticks are obviously superior for movement input, but I'm afraid the palm might lack precision/mobility to pull that off.

Now, this is just a touchpad... I'm pretty sure someone could cook up a libinput driver that converts a regular touchpad into some left joystick input!
0 Likes

View PC info
Seems like so many other "game changing" keyboards.

Just the same stupid non orthogonal QWERTY layout with some more options around.
It’s time the world opens out from QWERTY and similar (like AZERTY in France).

The TypeMatrix BÉPO is not the perfect keyboard, but it’s so better than AZERTY already... Also BÉPO was approuved as the second official French standard a couple years ago, so that’s something. Even if it’s almost impossible to find one in regular shops, at least you can buy stikers, or proper BÉPO from internet (overpriced) stores.

In english, i think the DVORAK jaout or something alike is "superior" but still marginal ? Not sure about non-french stuff though.
1 Likes, Who?
1/2»
While you're here, please consider supporting GamingOnLinux on: