McPixel 3 is coming from Sos Sosowski and Devolver Digital - but what happened to number 2? Guess that one got lost adventuring. Even their official announcement email was confused, telling us to join them in asking "What the hell happened to McPixel 2?".

The original released back in 2012 and this follow-up is described as: "Is it a bird? Is it a plane? It's falling too fast to be either of those. It's McPixel! A wanna-be hero who keeps getting mixed up in the most unbelievable situations you can imagine. Avert one disaster after another at every turn using unconventional yet entertaining methods of mayhem including - but not limited to - summoning a spider-billionaire, having a BBQ in his pants, punching a T-Rex into outer space, peeing into sports cars, and kicking Fork Parker in the balls." 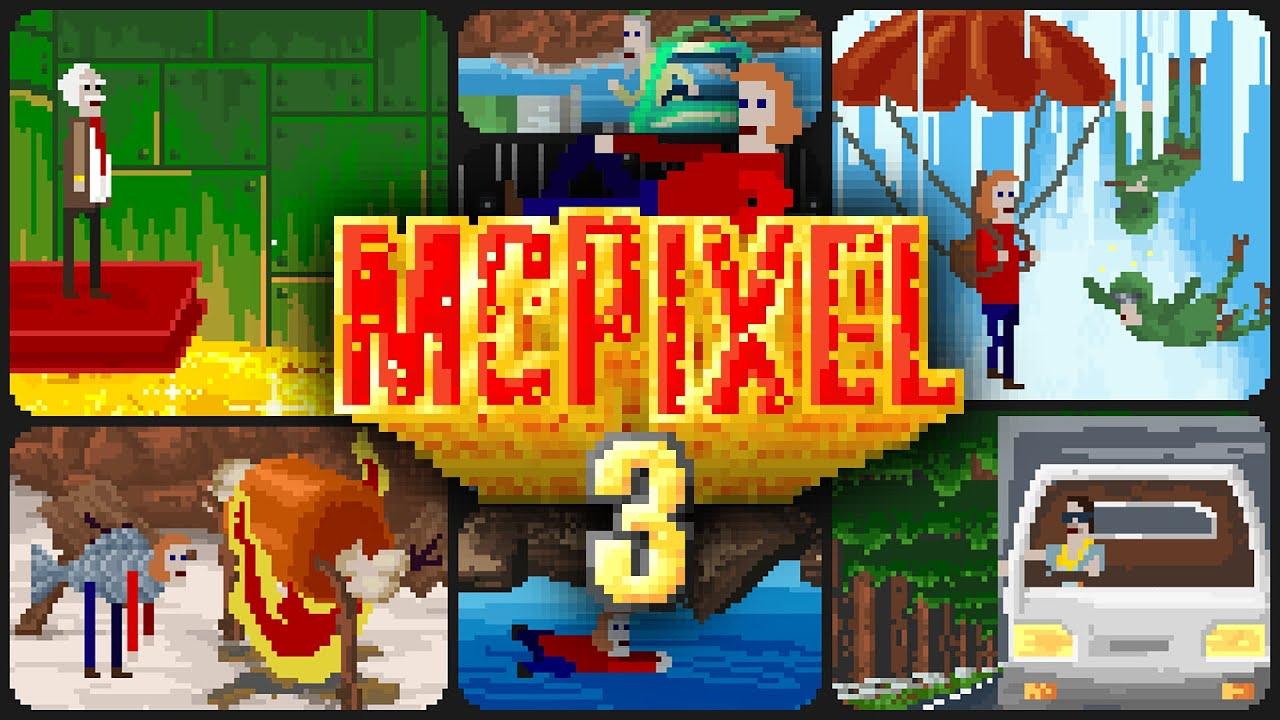 The first one didn't support Linux on Steam (other stores had it) but seems this one will.

View PC info
Oh man can't wait!! McPixel introduced me to Sos' games and I had so much fun with it back when. This is gonna be good.
2 Likes, Who?

I see Linux is listed as supported for the first game on itch.io: https://sos.itch.io/mcpixel

And it's on sale there now.

Quoting: ShmerlI see Linux is listed as supported for the first game on itch.io: https://sos.itch.io/mcpixel

Yup, it's also there on Humble. It was simply never uploaded to Steam, as the game was released before Steam supported GNU/Linux.
4 Likes, Who?

Quoting: Shmerllol that trailer is bizarre enough to be funny

I see Linux is listed as supported for the first game on itch.io: https://sos.itch.io/mcpixel

And it's on sale there now.

View PC info
May a day saved on the john. Good stuff.
0 Likes

pb 18 Feb
By a total coincidence, I wanted to play McPixel yesterday on Android, but it didn't launch, citing incompatible system version. I got it from humble bundle way back but the Linux version never worked for me for whatever reason. I guess I'll try the steam version, seeing as it has a platinum rating on protondb.
0 Likes

QuoteWorks on your mom's computer

Well of course! My moms running a standard Debian bullseye, so unless the port was botched I would expect it to work.
2 Likes, Who?
While you're here, please consider supporting GamingOnLinux on: