Dota 2 gets another new hero with Primal Beast, Techies reworked

Dota 2 just got a pretty huge update that not only brings in a fierce new hero with Primal Beast, but finally reworks Techies in the gameplay patch too.

Primal Beast: "Rushing savagely through enemies and allies alike, Primal Beast pounds into battle as one born to raise a ruckus. An unavoidable threat amidst any fray, the Beast can punish attackers and relishes grabbing prey to repeatedly slam them against the ground until nothing but mush remains." — a new quite simple to play Melee hero. Here's their abilities: 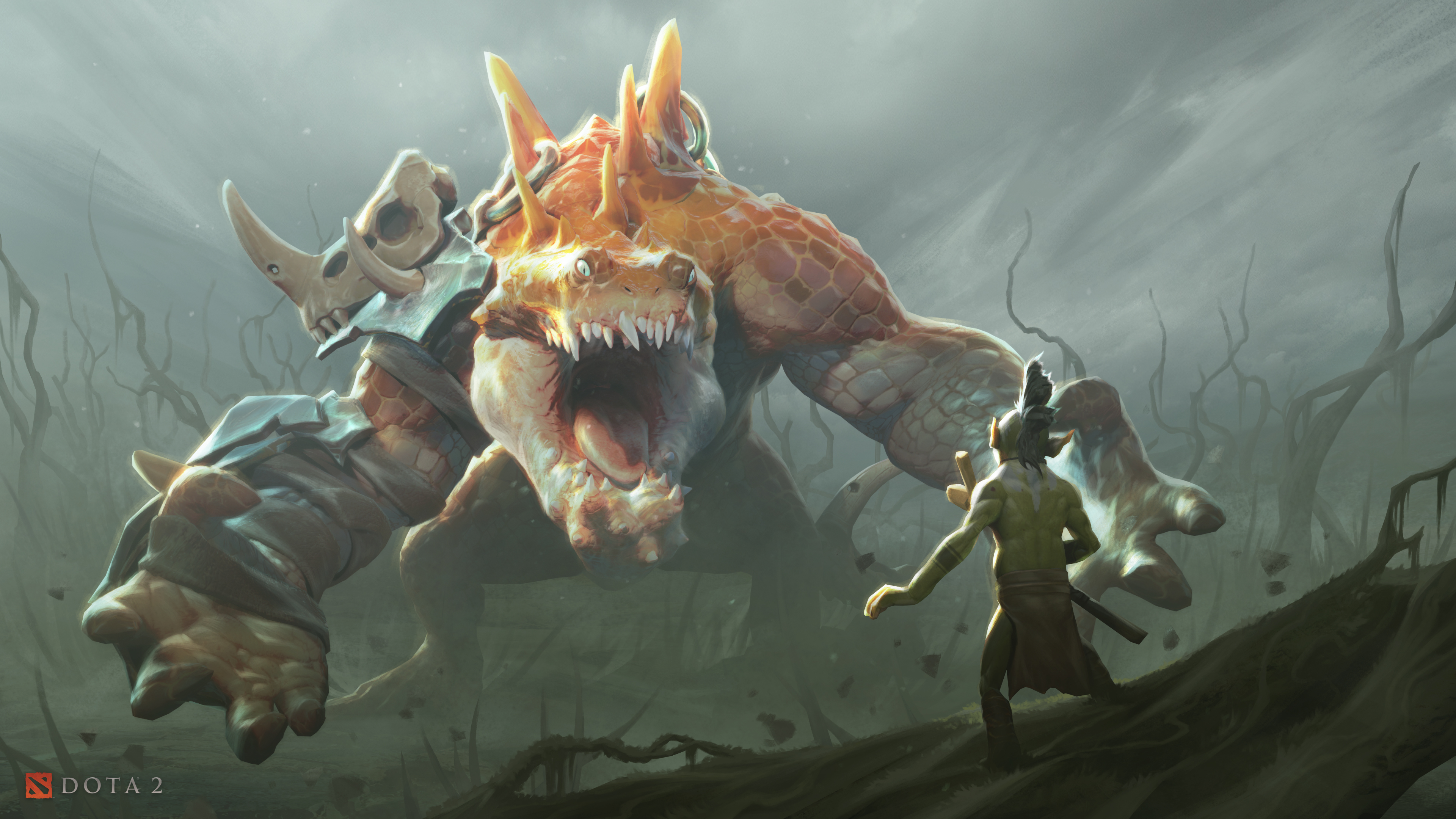 As for Techies, they got a new little intro about the update: "After losing multiple contracts to potential teammates with better 'fit,' the contentious crew of Techies Demolitions have updated the tools in their blast box to better find business in trying times. Finally understanding what it means to be team players, the Techies spent a few bomb-focused brainstorming sessions dreaming up new ways to inflict joyous pain and are more equipped than ever to thrive in the thick of battle. Some tools of their trade may be new, but the infectious laughter of this terrible trio will never change."

Their abilities now include:

They also released a set of wallpapers and they're pretty awesome actually.

See the full update page for more. I'm starting to feel a hankering to play Dota 2 again, especially after blasting through Dota: Dragon's Blood Season 2 - which was great.

Dota 2 is free to play on Steam.

View PC info
Ha! So they made the primal beast from the dungeon run a hero... Interesting

And finally techies gets a slap! He is an obnoxious pain either to the opposition OR to their own team as 99% they are fucking useless
0 Likes

View PC info
I keep wanting to finally learn/play DOTA every time there's an update but always get too intimidated to play a real match. Maybe it's better to not have it take over my life.

On a barely related note, I wish they'd remember Underlords was a thing...
0 Likes
While you're here, please consider supporting GamingOnLinux on: