Space Invaders gets reinvented with Beat Invaders and it's slick

Wow, I didn't think I would be playing a fresh version of Space Invaders in 2022 but here I am sucked right into the new Beat Invaders from developer Raffaele Picca. Note: key provided by the developer.

An arcade classic, reinvented for the modern era with neon visuals and a seriously good soundtrack that makes the action really come alive. This is a very musical game. The enemies movements and firing rates change with the music's beat and tempo too, so you end up getting completely absorbed by it. Especially in the later game, where the music gets faster and more complex leading to a thorough challenge. 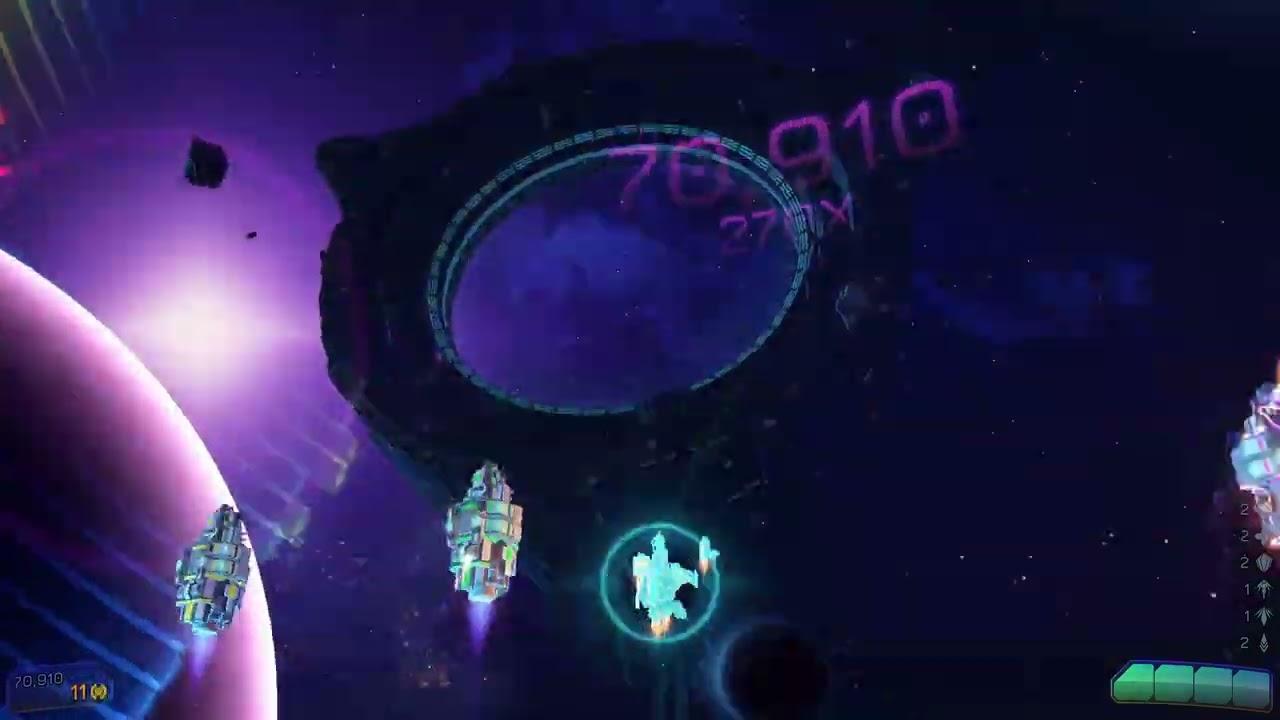 I'm completely hooked and I'm also amazingly terrible at it. I have absolutely no rhythm and I just generally always sucked at this type of game and yet I want to come back and play more — so it's absolutely doing a lot right for me to think that. With the upgrade system it's a good one to repeatedly play too, giving you a number of extras to unlock. Like everything though, I want more!

Tested working great on Steam Deck and my main Linux desktop, with performance looking good on both. The only minor annoyance was on the Plasma desktop, where fullscreen mode did not cover the panel leading to the very bottom of the gaming being cut-off.

View PC info
That game also completely took me by surprise and hooked me. I was early enough to snatch the first spot on the global leaderboards for a few hours, two days later I'm buried deep :P
1 Likes, Who?
Beemer 15 Mar
Same dev put out another game (w/demo) called "Franz" this year. Description and video remind me a bit of "Autoduel" from the 80's.
0 Likes

View PC info
This is one "reboot" which I like the look of. Can you play with sound effects only though? That music is awful!
1 Likes, Who?

View PC info
Ooh, this is right up my alley - I love retro, rhythm, and roguelite titles.

Many thanks for the heads-up - I'll definitely grab this.
1 Likes, Who?

View PC info
I like this very much! Who made the soundtrack though?!
0 Likes

View PC info
Ah man I thought I read "Beat SABER" and were excited for a cool new VR game now!
There's a good demonstration in "The LAB" on how arcade shooters can work in VR.
0 Likes

Chuckaluphagus 17 Mar
Space Invaders got an official remake for its 30th anniversary as "Space Invaders Extreme" for the Nintendo DS and PSP, and that game is incredible (I have it for the DS). Looks like it was brought to Steam a few years back as well:

The graphics are more deliberately in keeping with the original '70s style, but the gameplay is updated with a lot of new features that compliment the original style.
0 Likes
While you're here, please consider supporting GamingOnLinux on: