Boatswain is a new Stream Deck compatible app for Linux

While Elgato continue to ignore the Linux market, developers from around the community end up creating applications to fill the gap. Now there's Boatswain, which allows Linux users to control Elgato Stream Deck devices.

It's not the first of its kind, with streamdeck_ui also being an option (I covered it back in 2019) that is still being updated. More options are good though! Why make a new one anyway? In a blog post, the developer mentioned they "did not find these apps adequate to my usage".

Some of what they're focusing on for the first release includes:

They will also be considering these too:

The developer of Boatswain even made a little introduction video: 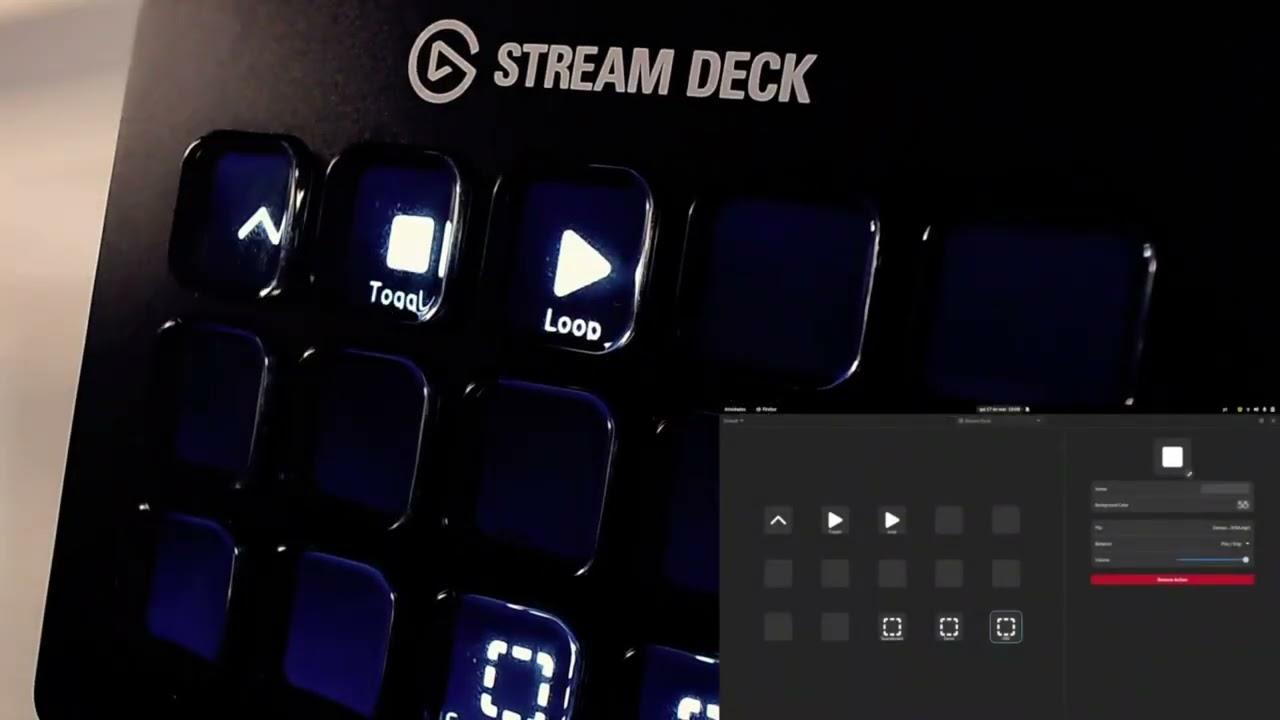 I'll be keeping an eye on this one to let you know how it goes.

View PC info
Not long ago, Google and YouTube would think you meant "Stream Deck" when you searched for "Steam Deck", now I can imagine it being the opposite. At least Google does not suggest "Stream Deck" to me anymore.
7 Likes, Who?

elmapul 18 Mar
View PC info
is there any advantage of using stream deck over, i dont know... a phone? it dont seem something hard to replicate
0 Likes

jordicoma 18 Mar
View PC info
For a moment I read "steam deck". I thought that someone had created a sc-controller app for the deck.
Anyone know if there is (or someone is working) on a steam deck controller kernel module?
2 Likes, Who?

Quoting: elmapulis there any advantage of using stream deck over, i dont know... a phone? it dont seem something hard to replicate

I got one in a sale and I never knew that I actually wanted one. It's just super convenient to have access to things without pulling out my phone, unlocking it and doing stuff (where there are some things I can't do with the phone but with the deck).
I can control my Elgato lights with some pre-defined presets, I can control my HUE lights, mute my sound, restart pulse, start/stop my Index stations, and whatever I put on the buttons.
Once you have it, you don't want to miss it. One big downside would be that it only works if the computer attached to it is on.
0 Likes

QuoteI heard you like decks so we put a Stream Deck on your Steam Deck.

5 Likes, Who?
Purple Library Guy 18 Mar
OK, I now have a brilliant scheme for acquiring a Steam Deck fast, and cheap!
I just buy a Stream Deck and remove the "r"!
3 Likes, Who?

Quoting: Purple Library GuyOK, I now have a brilliant scheme for acquiring a Steam Deck fast, and cheap!
I just buy a Stream Deck and remove the "r"!

Sorry in advance for derailing this thread further.

Deliberately ignoring the "fast and cheap" bit, here's an overtly Finnish Steam Deck:
Build an actual deck (preferably next to a lakeside summer cottage) and then build a sauna on or adjacent to that deck.

If you're on a budget or otherwise limited in your choices, just take a skateboard to someone else's sauna. A public one will do just fine.


Bleh. Another two or three months until it starts to feel like summer up here.
1 Likes, Who?

Quoting: MasterSleortNot long ago, Google and YouTube would think you meant "Stream Deck" when you searched for "Steam Deck", now I can imagine it being the opposite. At least Google does not suggest "Stream Deck" to me anymore.

For a lot of people it still auto-corrects. Myself included. And I've been eating up Steamdeck related content so it seems like Valve should really reach out to google or something at this point.
EDIT: I just tried "Steam Deck" and that worked without the autocorrection by google. Odd but it'll have to do.

Quoting: elmapulis there any advantage of using stream deck over, i dont know... a phone? it dont seem something hard to replicate

One could certainly MAKE their own device with buttons and a touch screen in background, but it comes down to if you feel its worth your time and if your tech savvy enough to get all the bits together, probably also need 3d printing done.
1 Likes, Who?

View PC info
I've got a little 15-button Stream Deck and streamdeck-ui works really well, but it's a bit of a faff to get it all working. You have to install it through "python pip" which is fine, but then it installs into ~/.local/bin so you have to add that as a path by editing your .profile, or .bash_profile. Then you have sudoedit a bunch of udev lines to /etc/udev/rules.d. Then you have to create an auto-start entry in whatever DE you use so that your deck launches its config when you start your PC up.

Which is all fine, honestly, given that you only do all that faff once. But I bet it puts people off, so I'm really glad there's a driving force for a better app. Especially the bit about how the author managed to get Boatswain to use SystemD to bypass the need for udev changes... and the fact it'll be a Flathub install.

The StreamDeck-UI app itself is reasonably solid, but its biggest failing is probably a lack of paging - which might be coming to Boatswain (the author talks about "folders"). I'll keep an eye out. I don't mind adding a bunch of gnome libraries for stuff like this, if it's slick.
0 Likes
1/2»
While you're here, please consider supporting GamingOnLinux on: