GPD are getting quite desperate against the Steam Deck

Think GPD are a trustworthy company to buy devices from? Well, with the Steam Deck now here, they appear desperate.

Recently, they started taking various Steam Deck videos from YouTube creators, sticking them together with a look at their own devices and not crediting any of the people who put the work into those videos. On top of that, GPD has been attaching a "Creative Commons Attribution license (reuse allowed)" license to the videos, again, without permission from the original creators.

It's not a good look, and some of those creators have started fighting back.

When pulling them up on it on Twitter, I expected some sort of reply (even a snarky one to my obvious bait) or just to do the honourable thing to correctly get permission for using videos from other people. At the very least slapping in a link to the channels they're pinching things from in the description / a pinned comment for people to see. Did any of that happen? No. Instead, here's the official response from GPD:

I've never personally used one of their devices, and would have happily taken a look at any point with Linux installed onto one. Even some direct Steam Deck comparisons. Now though? This is not painting a good picture of GPD as a company. 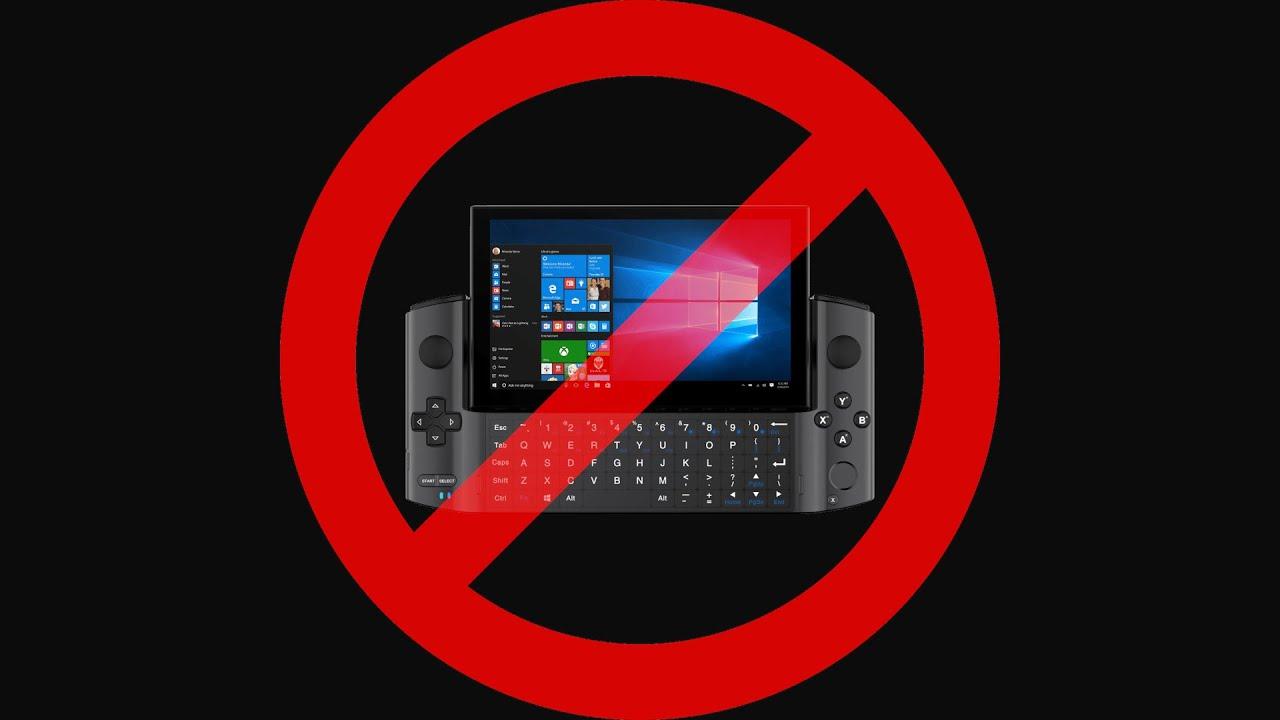 We do often include affiliate links to earn us some pennies. We are currently affiliated with GOG and Humble Store. See more here.
About the author - Liam Dawe
I am the owner of GamingOnLinux. After discovering Linux back in the days of Mandrake in 2003, I constantly came back to check on the progress of Linux until Ubuntu appeared on the scene and it helped me to really love it. You can reach me easily by emailing GamingOnLinux directly.
See more from me
Some you may have missed, popular articles from the last month:
45 comments
Page: 1/5»

View PC info
BOOO GDP!! BOOOO! I hope a public backlash wakes them up from idiocy.
6 Likes, Who?

View PC info
And just like that any interest I had in GPD is done. I bet that goes for more too. Good job guys.
19 Likes, Who?

elmapul 6 Apr
View PC info
they are even more desperate than that:
https://www.reddit.com/r/SteamDeck/comments/som87v/gpd_steam_deck_is_worse_than_win_3_it_is_a_closed/
15 Likes, Who?

View PC info
That's exactly the approach Logitech took with me after complaining about one of their devices and quality of support...
5 Likes, Who?

This is all just horrible PR, but from what I heard about their RMA policy, they already disqualified for that alone. I heard repeatedly that they expect users that get faulty devices to buy replacement parts and are then left alone with that. Who cares about their social media bs at that point?
9 Likes, Who?

Ardje 6 Apr
View PC info
I can totally understand GPD though. They had a "mediocre" device with virtually no support at all in a niche market. Despite no support and mediocre (still very good though), they did good for a "small" company.
And now they will be swept away by a company that delivers way more for half the price, completely open in a way GPD can't compete. Of course they will be angry and feel backstabbed because it was their niche.
But they can't compete with Valve on 2 things:
1) The device is open. Much more open than any GPD device ever
2) Service. Selling to Europeans from Europe means european service.
If GPD could have serviced my gpd's, ok.
But they can't, so I have 2 dead GPD's (a WIN and a WIN 2) that were barely used and that in total is more than twice the price of the premium deck version.
And most of the time I was waiting for replacement batteries.

If GPD can fix their support line and starts supporting steamos, then I will see them as viable again.
8 Likes, Who?

chowder 6 Apr
View PC info
I foresee a bankruptcy in the near future. I don't support abusive companies that also don't like hearing others opinions... Looking at you too Vizio.

Companies like GPD and Vizio need to be exposed and boycotted into playing fair. Thank you Liam for making us all aware!

Vizio being a bully

You might say that usage of creative commons is very.... creative

11 Likes, Who?
1/5»
While you're here, please consider supporting GamingOnLinux on: