Screeps: Arena is an online RTS for programming fans

Do you love programming? How about real-time strategy games? Check out the new Native Linux release of Screeps: Arena. This is the second game in the series, with the first being Screeps: World that was released back in 2016 and gained a positive rating (and still has players too).

While Screeps: World was a persistent MMO, Screeps: Arena brings things down to be more like a traditional RTS that might end up appealing to a much wider variety of players. It's online only and PvP, where your scripts fight off against others autonomously. Actually sounds quite fun, if you enjoying writing a few lines first. 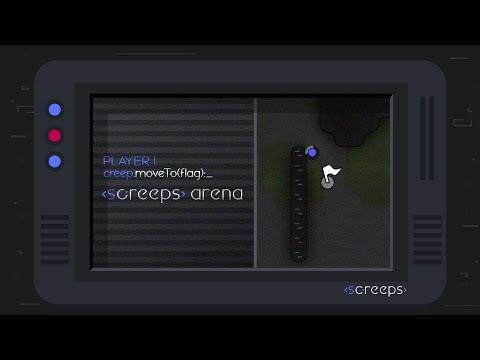 Some of the features available include:

You can buy it on Steam in Early Access, there's also a demo available.

View PC info
Not a single screenshot with actual code on the steam page, is it because you write in an external editor? Would be weird for a game, tbh.
0 Likes

Quoting: riidomNot a single screenshot with actual code on the steam page, is it because you write in an external editor? Would be weird for a game, tbh.

If it's anything like the original screeps then yeah there is a basic in game editor, but if you're a programmer you probably have a preferred editor which can be used with the game. I also used git as version control is very helpful for testing and reverting ideas.
1 Likes, Who?

Quoting: riidomNot a single screenshot with actual code on the steam page, is it because you write in an external editor? Would be weird for a game, tbh.

It's shown in the video though
0 Likes

ShabbyX 15 Apr
View PC info
They lost me at javascript, but then caught my attention again with C.
1 Likes, Who?

Quoting: ShabbyXThey lost me at javascript, but then caught my attention again with C.

Yeah, I was also like "Oof, Javascript...." at first, but then saw you can have some proper typing if so desired.

Sounds like a very interesting idea, either way. Not sure if I'd ever have the patience for it, and also not sure if I want to also spend my free time coding if that's what I'm already doing for work...

Might give it a try at some point, just to see how it works.

Lachu 16 Apr
Somebody is playing Cobolot? It free as in price and as in freedom.
0 Likes

dmoonfire 16 Apr
View PC info
Screeps is one of those games I find overwhelming to get into (established shards) but fascinating because I love programming games of almost all types. I'm also enjoying BitBurner (despite not really being fond of Javascript in general).
0 Likes
While you're here, please consider supporting GamingOnLinux on: