AI War 2: The Neinzul Abyss DLC out, Arcen finished with it

The massive-scale space RTS AI War 2 has a new expansion out with AI War 2: The Neinzul Abyss, and it seems Arcen are now finished with the game and moving onto their next project.

Arcen say this expansion is bigger than some standalone games, and the game has lost the "Beta" status for multiplayer as it seems to all work fine now. On the game as a whole, they're not working full-time on it now and consider it pretty much done. However, they will be around watching over it to put out bug fixes whenever they're needed.

Their next title is already in progress, but it is not set in their existing "Arcenverse" of sci-fi games.

For AI War 2: The Neinzul Abyss, the expansion allows you to be a "Necromancer", giving you control over a mobile fleet that feasts on the living from other universes. Capture enemy guard posts, make skeletons and wights out of enemy ships. 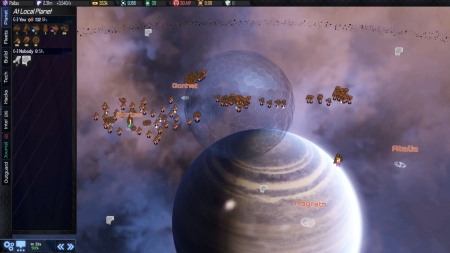 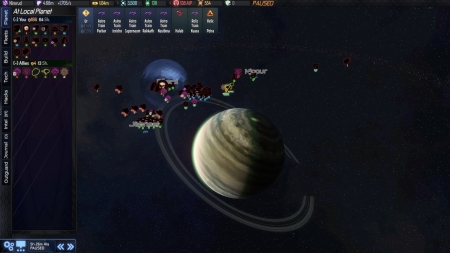 Plus, free updates to 'The Spire Rises' Expansion

You can buy AI War 2 from GOG, Humble Store and Steam.

View PC info
I could have sworn that Arcen nearly went out of business a year or two ago... turns out that was January 2016, over 6 years ago, and it looks like AI War 2 is what may have brought them back from the brink.

Also, nice touch - all their games exist in the same universe, albeit centuries apart.

I'm not really a big fan of the genres they tend to pick for their games, but I loved Bionic Dues. I have no idea what their next game is about however.
0 Likes

View PC info
Going out with a bang!
AI War 2 is one of the unsung strategy wonders out there.
Most players get into a game like this and never really play multiplayer. Just play against AI. If anything, they will play co-op with a friend against the AI, but that's about it.
But what if we go ahead and play the game that's designed to be played against AI? That's AI War's forte.

I got to know about AI War 2's existence thanks to this site, by the way. GamingOnLinux is my dealer in the shadow.
2 Likes, Who?
While you're here, please consider supporting GamingOnLinux on: