Retro Commander from developer Noble Master is a free to play RTS that just landed on Steam in Early Access, and so far it seems to be pretty great and fills me up with nostalgia. Growing up with the likes of Dune 2, Total Annihilation, Red Alert I'm always on the lookout for new classic-styled base-building strategy games like this. So far, it seems like Retro Commander might hit the mark.

The developer explains that the focus is on two parts: a fun single-player that contains both a story campaign and skirmish battles, along with equally fun online multiplayer. The online experience also feature cross-platform play and a ranking system. 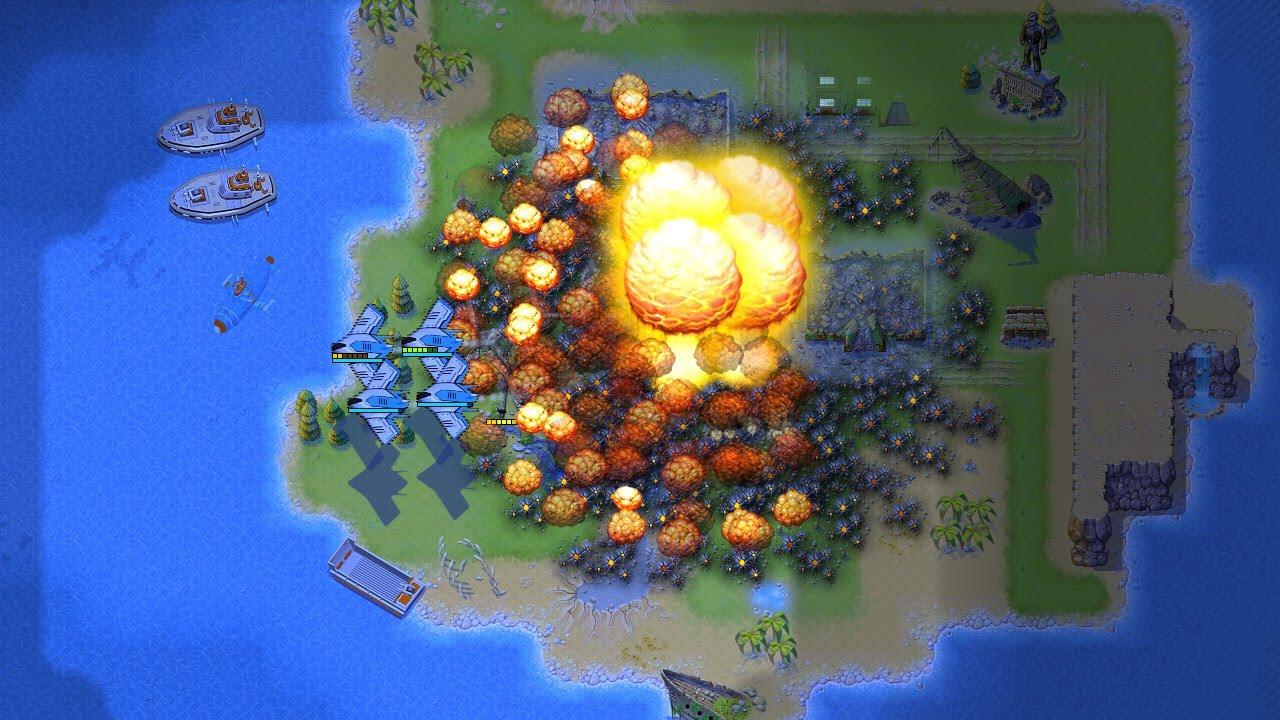 As it's a free to play game, it does offer micro-transactions and the free version is pretty limited with a $9.99 cost to unlock all the maps. For such a strategy game, the price seems reasonable and it's interesting to see more developers test out this hybrid model of letting people in to play with no time restriction to test and then pay if they like it.

When it comes to the gameplay, it feels like a strange mix between the classic Red Alert and Supreme Commander. You get the retro-style with a pretty pleasing look and then the sweet tactical zoom to get an easy glance at what's going on. Feels quite a lot like a more polished and coherently styled version of Rusted Warfare, another great 2D RTS.

During the course of Early Access the developer plans to finish the campaign, improve the AI and add more maps. They estimate it will remain in Early Access for 4-12 months.

You can grab it from Steam and itch.io.

chorn 5 days ago
View PC info
Tried it out, looks quite polished and usable already!
Just no single player campaigns so far, waiting for these.
0 Likes
noblemaster 4 days ago

Quoting: chornTried it out, looks quite polished and usable already!
Just no single player campaigns so far, waiting for these.

The single player campaign is already in there, at least Chapter 01 with Mission 01-03. It's not very clear at the moment. I'll make it so it's more visible.

To play the campaign: go to "Single Player", then "New Game" and select the "Chapter 01: A New World" map and press the (+) button for the campaign. Again, I'll make it more clear in future releases.
1 Likes, Who?
ssj17vegeta 4 days ago
The game seems very nice !

A bit afraid of the "free to play" approach though... you never know how much it's gonna cost at the end.
0 Likes
While you're here, please consider supporting GamingOnLinux on: